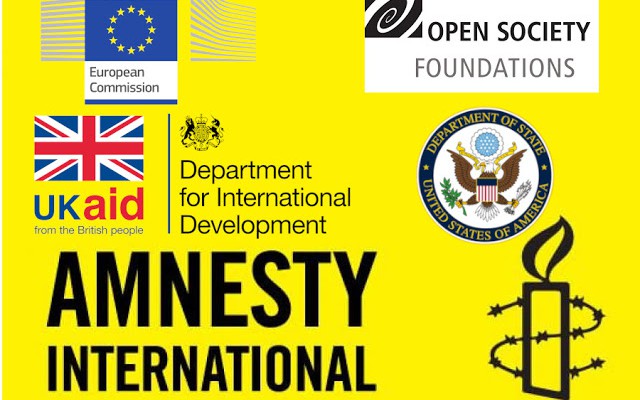 A front used by the West to advance regime change and even promote wars around the globe under the guise of “humanitarian concern” rushes to aid of US-funded agitators in Thailand.

Amnesty International has openly interfered in Thailand’s internal affairs – demanding that US-funded agitators arrested after blatantly violating their bail conditions to have all charges withdrawn.

The Bangkok Post would report in its article, “Amnesty International presses for dropping of charges against activists,” that:

Amnesty International has called for the government to withdraw charges against anti-government protesters and asked its own supporters to send letters backing the demand to Prime Minister Prayut Chan-o-cha.

The statement said the charges, which included sedition, should be immediately dropped.

The protesters include middle-aged lawyer Anon Nampa of the US government-funded front “Thai Lawyers for Human Rights” (TLHR). TLHR was funded under their full name by the US National Endowment for Democracy (NED) in 2014 – archived here – and continue to receive money through the Union for Civil Liberty – as seen on the US NED’s own official website.

Amnesty International’s involvement in Thailand’s internal affairs and its rush to defend US-funded agitators is simply another set of foreign fingerprints left on the protests themselves.

Anon Nampa and his organization are among ongoing anti-government protests’ core leadership with the US-funded front providing legal aid, promoting protests, and providing other forms of material support.

In other words – Anon Nampa – a foreign-funded agitator – is literally engaged in sedition – sedition that would not be tolerated in the US or UK from which Amnesty International is primarily based and from which it derives the majority of its funding and political backing.

Yet Amnesty – a foreign front – is directly interfering in Thailand’s internal affairs in defense of agitators likewise funded by foreign interests – and demanding those engaged in sedition be granted impunity from the rule of law.

If this seems like advocating for criminality merely dressed up as “human rights advocacy,” that’s because it is.

Amnesty International Enables Crimes Against Humanity – Not Prevents Them

Amnesty International is funded and directed by the worst human rights violators of the 21st century including the US and UK governments – who with the 2003 invasion of Iraq alone, based on lies that Iraq had “weapons of mass destruction” – killed a million people, displaced millions more, and have created chaos across the entire Middle East as a result.

Amnesty International – taking funding from and helping enable the crimes of these Western governments – is merely a front advancing the policies of Western special interests under the guise of advocating for human rights.

It blatantly lies on its website claiming (emphasis added):

We neither seek nor accept any funds for human rights research from governments or political parties and we accept support only from businesses that have been carefully vetted.

By way of ethical fundraising leading to donations from individuals, we are able to stand firm and unwavering in our defence of universal and indivisible human rights.

Yet throughout its various financial disclosures buried deep on its website, it is admittedly funded by both governments and political groups including corporate foundations run by convicted criminals.

Open Society is founded by convicted financial criminal George Soros – who while attempting to appeal his conviction, used “human rights” as his defense for what was blatant insider trading. 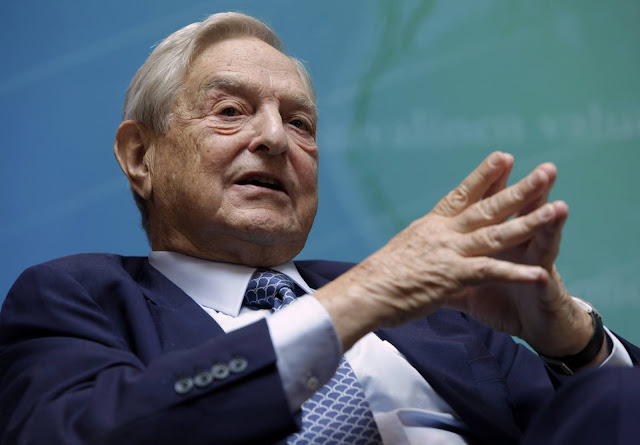 The New York Times would admit in its article, “French court upholds Soros conviction,” that:

Ron Soffer, a lawyer for Soros, said the appeal would be to the Cour de Cassation, the highest French court. If that appeal fails, he said, Soros would go to the European Court of Justice, where he could argue that his rights to a speedy trial were violated because he was not charged until 2000, long after the trading in question.

Not only did Amnesty International uncritically repeat the lies of US-backed opposition groups on the ground fabricating stories of government abuses while covering up the armed nature of the their own groups – it helped justify the escalation to the US-led wars that shortly followed.

In regards to Libya, Amnesty would specifically call for:

These were precisely the same demands the US government and its European allies made – with Amnesty International legitimizing them under the guise of “humanitarian concerns.” In reality, the US-led war in Libya was a cynical and long-desired regime change operation leading to the destruction of Libya and its descent into chaos and misery that endures to this day.

The initial “humanitarian concern” Amnesty International helped the US government sell was simply the latest version of “weapons of mass destruction” lies the US and its allies used to justify an otherwise unjust war of aggression.

Amnesty International’s involvement in Thailand’s internal affairs and its rush to defend US-funded agitators is simply another set of foreign fingerprints left on the protests themselves.

This should further undermine the legitimacy of the protests and have the Thai government – if not ban these foreign organizations altogether – revise NGO laws to clearly establish for the public who funds them, who they are funding inside of Thailand, and have “activists” and “journalists” receiving these funds re-register themselves as foreign agents and lobbyists.

Thus these organizations will still have the “freedom” to express themselves – but afford the Thai public the same transparency these organizations dishonestly demand of the Thai government while hypocritically failing to exhibit any transparency themselves.
https://landdestroyer.blogspot.com/2020/09/fake-rights-group-amnesty-international.html
Tags: Amnesty Internationalcolor revolutionNGOpropagandaThailand