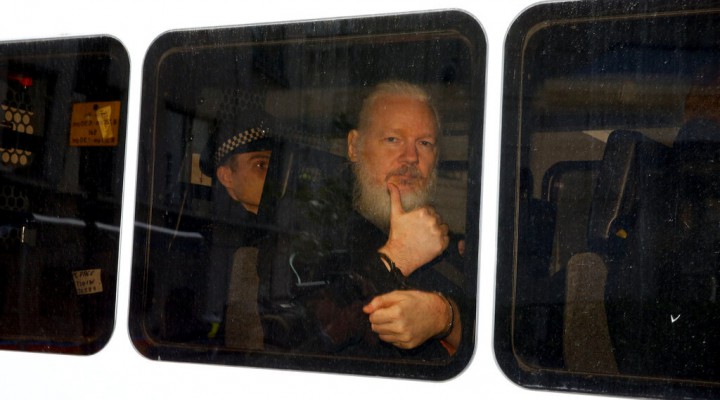 MPN- Assange’s predicament and its broad implications for journalism and speech are evidently of little concern to Amnesty International, which wrote a letter to the Julian Assange Defence Committee (JADC) telling them that Amnesty is not actively working towards Assange’s defense.

Journalist and WikiLeaks founder Julian Assange has been hit with 17 Espionage Act charges by the United States. If convicted, Assange could be sentenced to up to 170 years in prison or even face the death penalty.

A conviction would also set a dangerous precedent for journalists in the U.S. who publish classified material. National Security Agency whistleblower Edward Snowden wrote that “This case will decide the future of media.”

The First Amendment to the United States Constitution prevents the government from “abridging the freedom of speech.” Nonetheless, the prosecution of Assange continues undeterred.

Say what you want about Julian Assange but remember this: Wikileaks is about 10 years old. In that time, they have doled out more damage to empire through their publishing than possibly any newspaper in its entire history. That’s why the US wants him in its prisons.

555 people are talking about this

With so much at stake for reporters and with Assange’s life on the line, one would expect leading human-rights NGOs (non-governmental organizations) to be going to bat for Assange. Yet his predicament and its broad implications are evidently of little concern to Amnesty International, which wrote a letter to the Julian Assange Defence Committee (JADC) telling them that Amnesty is not actively working towards Assange’s defense.

“According to Amnesty International, neither Assange nor [Chelsea] Manning are ‘prisoners of conscience,’” Laura Tiernan reports.

Prisoner of conscience is a term coined by Peter Benenson in a 28 May 1961 article for the London Observer newspaper. Most often associated with the human rights organisation Amnesty International, the term can refer to anyone imprisoned because of their race, sexual orientation, religion, or political views.”

Peter Benenson was the founder and leader of Amnesty International until a scandal regarding Amnesty’s direct cooperation with the U.K. Foreign Office and Colonial Office forced him to step down. MintPress News has covered the early days at Amnesty, when the NGO would receive “discreet support” from the U.K. government.

Another co-founder, Luis Kutner, informed for the FBI on Black Panther Deputy Chairman Fred Hampton — a move that got the young leader killed by the Bureau shortly afterwards.

Amnesty even called on the UN Security Council to send Libyan leader Muammar Gaddafi to the International Criminal Court as the push for regime change was heating up, and the same month NATO ultimately invaded the country. And now Amnesty has also toed the U.S. imperial line on Venezuela.

This Is the Best Chance Yet to Stop the U.S. War on Yemen. Where Are the Major Human Rights Orgs?

Human Rights Watch and Amnesty International are declining to take a formal position against the U.S.-backed Saudi war on Yemen.

131 people are talking about this

Maxine Walker of the JADC wrote to Amnesty:

[Assange’s] name appears not to have been mentioned in your material for World Press Freedom Day, an extraordinary omission given his current situation and that Julian Assange was awarded the 2009 Amnesty International U.K. Media Award for New Media.”

The U.K. government has ignored, indeed poured scorn, on the UN Working Group on Arbitrary Detention 2015 ruling that ‘the deprivation of liberty of Mr. Assange is arbitrary and in contravention of articles 9 and 10 of the Universal Declaration of Human Rights.’”

When Tiernan inquired of Amnesty why they do not consider not just Assange, but also Manning, a ‘Prisoner of Conscience,’ she writes:

[Amnesty’s] U.K. press officer contacted their U.S. office before explaining via email that ‘detention for not testifying before a grand jury is not itself illegal.’ And neither is chopping off heads in Saudi Arabia, which has not prevented AI from actively campaigning on that issue.”

Manning perfectly fits the definition of a political prisoner. She is currently jailed for refusing to testify before a grand jury in its investigation of Assange. Even prior to receiving a subpoena in the case, Manning opposed grand jury processes on political grounds. “I can either go to jail or betray my principles,” Manning told reporters. “I would rather starve to death than change my opinion.”

Why Australians Should Fight To Bring Assange Home

Assange’s Imprisonment Reveals Even More Corruption Than WikiLeaks Did