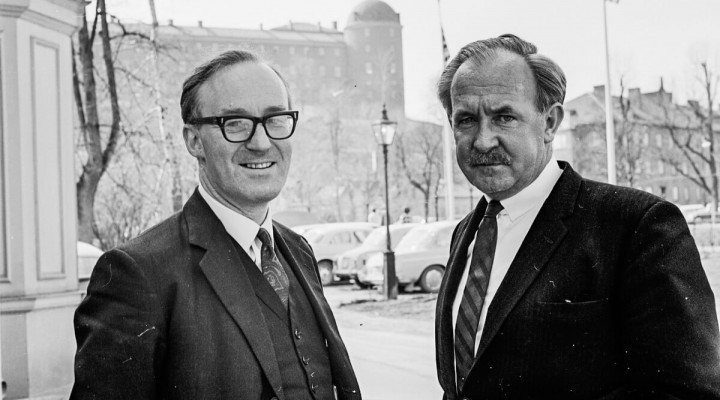 MPN- Some troubling connections contradict Amnesty’s image as a benevolent defender of human rights and reveal key figures at the organization during its early years to be less concerned with human dignity and more concerned with the dignity of the US and UK’s image in the world.

Amnesty International, the eminent human-rights non-governmental organization, is widely known for its advocacy in that realm. It produces reports critical of the Israeli occupation in Palestine and the Saudi-led war on Yemen. But it also publishes a steady flow of indictments against countries that don’t play ball with Washington — countries like Iran, China, Venezuela, Nicaragua, North Korea and more. Those reports amplify the drumbeat for a “humanitarian” intervention in those nations.

Amnesty’s stellar image as a global defender of human rights runs counter to its early days when the British Foreign Office was believed to be censoring reports critical of the British empire. Peter Benenson, the co-founder of Amnesty, had deep ties to the British Foreign Office and Colonial Office while another co-founder, Luis Kutner, informed the FBI of a gun cache at Black Panther leader Fred Hampton’s home weeks before he was killed by the Bureau in a gun raid.

These troubling connections contradict Amnesty’s image as a benevolent defender of human rights and reveal key figures at the organization during its early years to be less concerned with human dignity and more concerned with the dignity of the United States and United Kingdom’s image in the world.

Amnesty’s Benenson, an avowed anti-communist, hailed from a military intelligence background. He pledged that Amnesty would be independent of government influence and would represent prisoners in the East, West, and global South alike.

But during the 1960s the U.K. was withdrawing from its colonies and the Foreign Office and Colonial Office were hungry for information from human-rights activists about the situations on the ground. In 1963, the Foreign Office instructed its operatives abroad to provide “discreet support” for Amnesty’s campaigns. Also that year, Benenson wrote to Colonial Office Minister Lord Lansdowne a proposal to prop up a “refugee counsellor” on the border of present-day Botswana and apartheid South Africa. That counsel was to assist refugees only, and explicitly avoid aiding anti-apartheid activists. “Communist influence should not be allowed to spread in this part of Africa, and in the present delicate situation, Amnesty International would wish to support Her Majesty’s Government in any such policy,” Benenson wrote. The next year, Amnesty ceased its support for anti-apartheid icon and the first president of a free South Africa, Nelson Mandela.

The following year, in 1964, Benenson enlisted the Foreign Office’s assistance in obtaining a visa to Haiti. The Foreign Office secured the visa and wrote to its Haiti representative Alan Elgar saying it “support[ed] the aims of Amnesty International.” There, Benenson went undercover as a painter, as Minister of State Walter Padley told him prior to his departure that “We shall have to be a little careful not to give the Haitians the impression that your visit is actually sponsored by Her Majesty’s Government.”

The New York Times exposed the ruse, leading some officials to claim ignorance; Elgar, for example, said he was “shocked by Benenson’s antics.” Benenson apologized to Minister Padley, saying “I really do not know why the New York Times, which is generally a responsible newspaper, should be doing this sort of thing over Haiti.” 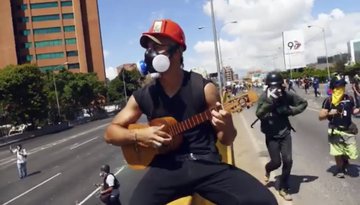 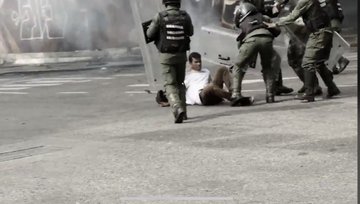 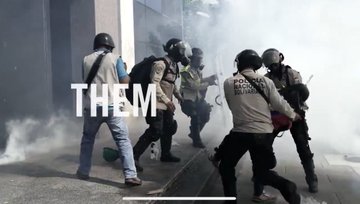 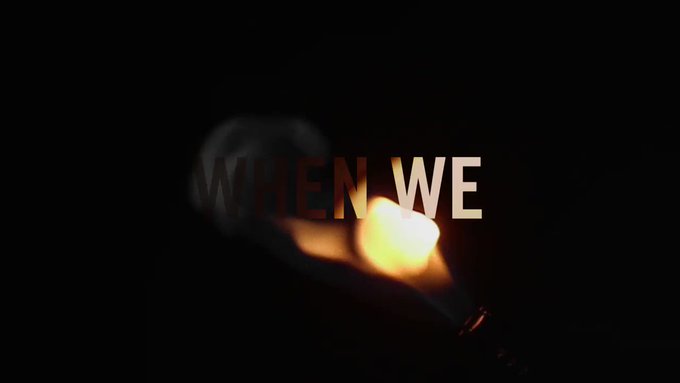 167 people are talking about this

In 1966, an Amnesty report on the British colony of Aden, a port city in present-day Yemen, detailed the British government’s torture of detainees at the Ras Morbut interrogation center. Prisoners there were stripped naked during interrogations, were forced to sit on poles that entered their anus, had their genitals twisted, cigarettes burned on their face, and were kept in cells where feces and urine covered the floor.

The report was never released, however. Benenson said that Amnesty general secretary Robert Swann had censored it to please the Foreign Office, but Amnesty co-founder Eric Baker said Benenson and Swann had met with the Foreign Office and agreed to keep the report under wraps in exchange for reforms. At the time, Lord Chancellor Gerald Gardiner wrote to Prime Minister Harold Wilson that “Amnesty held the [report] as long as they could simply because Peter Benenson did not want to do anything to hurt a Labour government.”

Then something changed. Benenson went to Aden and was horrified by what he found, writing “I never came upon an uglier picture than that which met my eyes in Aden,” despite his “many years spent in the personal investigation of repression.”

As all of this was unfolding, a similar funding scandal was developing that would rock Amnesty to its core. Polly Toynbee, a 20-year-old Amnesty volunteer, was in Nigeria and Southern Rhodesia, the British colony in Zimbabwe, which was at the time ruled by the white settler minority. There, Toynbee delivered funds to prisoner families with a seemingly endless supply of cash. Toynbee said that Benenson met with her there and admitted that the money was coming from the British government.

Toynbee and others were forced to leave Rhodesia in March 1966. On her way out, she grabbed documents from an abandoned safe including letters from Benenson to senior Amnesty officials working in the country that detailed Benenson’s request to Prime Minister Wilson for money, which had been received months prior.

In 1967 it was revealed that the CIA had established and was covertly funding another human rights organization founded in the early 1960s, the International Commission of Jurists (ICJ) through an American affiliate, the American Fund for Free Jurists Inc.

Benenson had founded, alongside Amnesty, the U.K. branch of the ICJ, called Justice. Amnesty international secretariat, Sean MacBride, was also the secretary-general of ICJ.

Then, the “Harry letters” hit the press. Officially, Amnesty denied knowledge of the payments from Wilson’s government. But Benenson admitted that their work in Rhodesia had been funded by the government, and returned the funds out of his own pocket. He wrote to Lord Chancellor Gardiner that he did it so as not to “jeopardize the political reputation” of those involved. Benenson then returned unspent funds from his two other human-rights organizations, Justice (the U.K. branch of the CIA-founded ICJ) and the Human Rights Advisory Service.

Benenson’s behavior in the wake of the revelations about the “Harry letters” infuriated his Amnesty colleagues. Some of them would go on to claim that he suffered from mental illness. One staffer wrote:

Peter Benenson has been levelling accusations, which can only have the result of discrediting the organisation which he has founded and to which he dedicated himself. …All this began after soon after he came back from Aden, and it seems likely that the nervous shock which he felt at the brutality shown by some elements of the British army there had some unbalancing effect on his judgment.”

Benenson completely left the group after Amnesty International Secretariat head Sean Macbride – who was also the Secretary-General of the International Commission of Jurists (whose UK branch was started by Benenson) – tried to oust him. Benenson said ICJ was CIA-funded (it was.)

Even former National Security Advisor Zbigniew Brzezinski was on Amnesty’s board of directors for a time. He was the architect of the ‘Afghan trap’ and bragged about giving the Soviets their own Vietnam quagmire by training, funding & equipping Mujahedeen https://www.youtube.com/watch?v=A9RCFZnWGE0 …

68 people are talking about this

Later that year, Benenson stepped down as president of Amnesty in protest of its London office being surveilled and infiltrated by British intelligence — at least according to him. Later that month, Sean MacBride, the Amnesty official and ICJ operative, submitted a report to an Amnesty conference that denounced Benenson’s “erratic actions.” Benenson boycotted the conference, opting to submit a resolution demanding MacBride’s resignation over the CIA funding of ICJ.

Amnesty and the British government then suspended ties. The rights group then promised to “not only be independent and impartial but must not be put into a position where anything else could even be alleged” about its collusion with governments in 1967.

Amnesty’s role in the death of Black Panther Fred Hampton

FBI documents, released by the Bureau in the spring of 2018 as a part of a series of disclosures of documents pertaining to the assassination of President John Kennedy, detail Amnesty International’s role in the killing of Black Panther Party (BPP) Deputy Chairman Fred Hampton, the 21-year-old up-and-coming black liberation icon — a killing that was widely believed to be an assassination but was ruled officially as a justifiable homicide. Chicago police remove the body of Fred Hampton, leader of the Illinois Black Panther Party, who was slain by police on Dec. 4, 1969. Photo | AP

During the speech, Hampton described the BPP “as a revolutionary party” and “indicated that the party has guns to be used for peace and self-defense, and these guns are at the Hampton residence as well as BPP headquarters,” according to the FBI document.

“Kutner has reached the point where he would like to take legal action to silence the BPP,” the FBI wrote. “Kutner concluded by stating that he believed speakers like Hampton were psychotic, and it is only when they are faced with a court action that they stop their “rantings and ravings.”

The FBI internal report on Kutner’s testimony cited above was issued on December 1, 1969. Two days later, the FBI, alongside the Chicago Police Department, conducted a firearms raid on Hampton’s residence. When Hampton came home for the day, FBI informant William O’Neal slipped a barbiturate sleeping pill into his drink before leaving.

At 4:00 a.m. on December 4, police and FBI stormed into the apartment, instantly shooting a BPP guard. Due to reflexive convulsions related to death, the guard convulsed and pulled the trigger on a shotgun he was carrying – the only time a Black Panther member fired a gun during the raid. Authorities then opened fire on Hampton, who was in bed sleeping with his nine-month pregnant fiancee. Hampton is believed to have survived until two shots were fired at point-blank range towards his head.

Not unusual for someone connected with international fascism, the US government, and the mafia, Kutner also has a tangential relation to the murder of Kennedy. He reportedly intervened for Jack Ruby in a congressional investigation.

Kutner was also deeply involved with the Taiwan Independence Movement, which attempted to assassinate the son of Chiang Kai-shek in 1970.

A worthy goal or not, I don’t know, but just by looking at Wikipedia it appears the CIA was at work there again.https://en.wikipedia.org/wiki/Taiwan_independence_movement …

19 people are talking about this

Kutner would go on to form the “Friends of the FBI” group, an organization “formed to combat criticism of the Federal Bureau of Investigations,” according to the New York Times, after its covert campaign to disrupt leftists movements — COINTELPRO — was revealed. He also went on to operate in a number of theaters that saw heavy involvement from the CIA — including work Kutner did to undermine Congolese Prime Minister and staunch anti-imperialist Patrice Lumumba — and represented the Dalai Lama, who was provided $1.7 million a year by the CIA in the 1960s.

While Amnesty International’s shady operations in the 1960s might seem like ancient history at this point, they serve as an important reminder of the role that non-governmental organizations often play in furthering the objectives of governments of the nations where they are based.