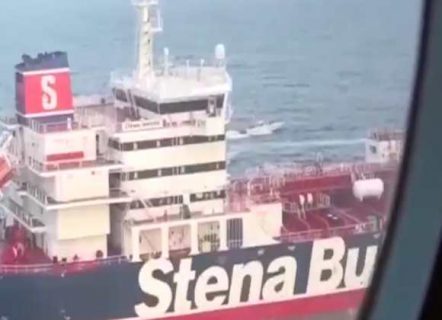 The US and its Western allies who are busy flexing their muscles against Iran these days are making a serious error of judgement. They underestimate the power of Iran and its allies in the region, their likely reaction to the military and political provocations to which they are being subjected, and the potentially disastrous consequences of further escalation.

The current crisis over the detention of oil tankers is the prime example of this.

When Iran’s leader Ali Khamenei warned his country would retaliate for last week’s seizure by British forces of an Iranian tanker in the Strait of Gibraltar, the UK authorities thought he was just mouthing off. They did not expect his threat to be translated into practice. But it was. Iranian naval forces proceeded to detain a British tanker in the Strait of Hormuz, claiming it had violated maritime regulations, collided with an Iranian fishing boat and polluted the waters of the Gulf.

The UK did not detain the Iranian tanker Grace Ibecause it broke any laws, but on instructions received from Washington. And Iran’s Revolutionary Guards did not impound two British tankers in the Gulf (one of which was later released) because of safety or environmental concerns. They did so to obtain a bargaining chip to force the British authorities to release their own vessel.

The Iranian leadership wants to send a clear message to the US and its Western allies: that it is as good as it word, and will not remain silent in the face of a concerted assault on its economy and interests. It will push things as far as it needs to, even if that escalates into all-out war. Above all, it is not prepared to repeat the experience of Iraq, which was subjected to an eight-year economic blockade to soften it up as a prelude to being invaded and devastated and its regime being toppled. It hopes that message has been delivered and received.

Iran will not sit back and allow its people to be starved into submission or its oil exports to be throttled. It will not be intimated by the US’ fleets and aircraft carriers, nor go to the negotiating table on terms other than its own. It showed its resolve by shooting down a US drone that strayed just metres into its airspace, and making good on its threat to produce and store more uranium than agreed under the nuclear agreement after it was ditched by the US. If Washington and its allies do not get the message, they risk making another catastrophic strategic mistake that will cost them and their clients in the region dearly.

None of these allies have yet yielded to pressure to join the US’ proposed new anti-Iran alliance other than the governments of Saudi Arabia and the UAE. They are to play the familiar role of paying the bills for this alliance, and for fuelling and servicing its naval vessels, out of their people’s money.

Iran’s strength does not stem from its arsenal of ballistic missiles and hard-to-detect small naval boats, but its will to resist and ability to retaliate against aggression from whatever source.

When I was interviewed on the BBC’s Dateline London programme on Saturday, I was asked that if I was an advisor to British Prime Minister Theresa’s May, what would I recommend she do about the detention of the British tanker. I replied that although I was not and would never be in such a position, I would advise her to (1) release the Iranian tanker, (2) do so without delay, and (3) distance herself from Tump’ reckless policies, or else face an avalanche of problems in the Middle East and especially the Gulf,

Iran is not on its own. Its allies in the regional ‘axis of resistance’ – in Syria, Iraq. Lebanon and Yemen — are equally determined to resist and retaliate to any aggression. The days when governments around the world stood in line to join the US‘ various ‘coalitions’ and play token parts in its Middle East wars, secure in the knowledge that they would encounter little resistance, are well and truly over.