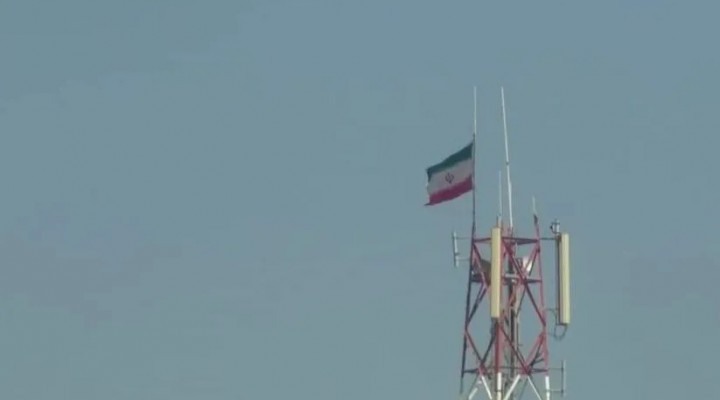 On July 13, an Iranian flag was raised over a communication tower in the key town of Tell Rifaat in the northern countryside of Syria’s Aleppo.

Tell Rifaat is held by the Kurdish-led Syrian Democratic Forces (SDF). However, the Syrian Arab Army is known to be deployed inside and around the town. Iranian-backed Syrian forces are also present near Tell Rifaat, mainly in the Shiite towns Nubl and al-Zahraa.

It remains unclear who exactly raised the Iranian flag over Tell Rifaat. Yet, the move must have been approved by the SDF.

The Iranian flag provoked Turkish-backed militants in the occupied area of Afrin, who shelled the town in anger. Local sources in the town didn’t report any casualties or material losses as a result of the shelling.

Tell Rifaat was one of two towns named by Turkish President Recep Tayyip Erdogan as the main targets of any new military operation in Syria, with the other town being Manbij which is also located in the northern countryside of Aleppo.

The Turkish military and its proxies have been preparing for a new operation against the SDF in northern Syria for well over a month now.

Turkey’s threats have brought together the SDF and Syrian government forces. A recent report by Al-Monitor revealed that Kurdish, pro-government and Iranian-backed formations had established a joint operations room called the “North Thunderbolt” in the village of Hardatnin in the northern countryside of Aleppo to coordinate against any Turkish military operation.

The Iranian flag was likely raised over Tell Rifaat to signal the commitment of Syrian government forces and their allies to defending the town. The move also shows how Iran has begun to take a stricter stand against Turkish presence in Syria.

0 thoughts on “Iranian Flag Raised Over Kurdish Aleppo, a Warning to Turkey”