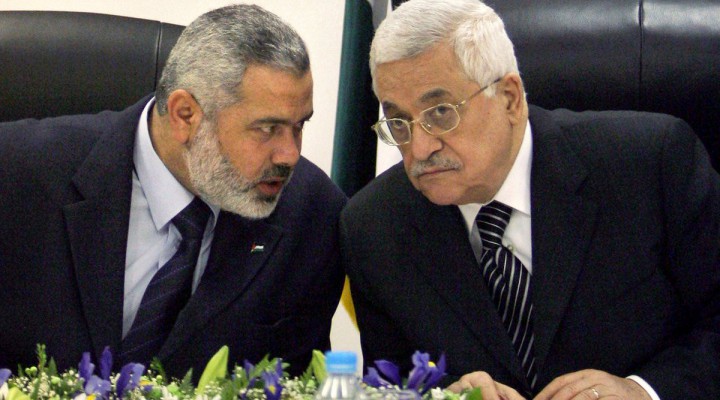 Never since the 1948 Nakba have the Palestinian people been in a such a state of drift and political, military and social disarray as they are today. The main responsibility falls on the Palestine Liberation Organisation (PLO) and Palestinian Authority (PA) leadership, which claims to be the people’s sole representative and spokesman while failing to uphold even the most basic of national principles or live up their duties in terms of performance, conduct and commitment.

The so-called Palestinian political and cultural elites, especially those who rely on the PA for their existence and legitimacy, also share a big part of responsibility for this condition and the rampant multi-faceted corruption it sustains. Their silence or indifference, maintained under the guise of not undermining Palestinian legitimacy or the mis-named national project, make them complicit.

Dismayingly, the Palestinian opposition, represented by Hamas and other factions such as the Popular Front (PFLP) and Islamic Jihad, has been moving ever closer to the PA – despite having spent years denouncing its betrayals and collaboration with the Israeli occupation state. Hamas has agreed to its proposal to hold presidential and legislative elections both in the Occupied Territories (for the PA and Palestine Legislative Council – PLC) and the diaspora (PLO and Palestine National Council — PNC). To their credit, the PFLP and Jihad declined to take part, and it is to be hoped they will continue to hold out.

Some points can be made and questions posed to illustrate the current state of collapse.

First, it is baffling that the leadership of Fateh, the pre-eminent national political movement, insists on nominating President Mahmoud Abbas as its presidential candidate. He is approaching the age of 86 and in poor health, and according to the Ramallah rumour mill no longer manages PA business or Palestinian political affairs as required. Is there no capable younger person in Fatah who can step up and become its consensus candidate, enabling reform of both the party and the Palestinian condition in general?

Second, is it conceivable that fair elections can be held under Israeli occupation? Those who defend this proposition can be challenged to cite a single case of a national liberation movement that followed such a course and cooperated and coordinated security with its occupiers.

It is equally incomprehensible how Hamas — which calls for the total liberation of Palestine from the Sea to the River, fiercely opposes the Oslo Accords and condemns their signatories as traitors — could have agreed to take part in these elections. What if it won the PA presidency or a PLC majority? Would it be allowed, given its declared policies and positions, to form the next government? And if it were allowed, would it have to follow in the PA’s footsteps, abide by its commitments and the agreements it signed, above all the Oslo Accords, and maintain security coordination with the occupation state?

In any case, who can guarantee that Abbas will go on to actually hold these elections and respect their results? If he can order elections by decree, he can also cancel or indefinitely postpone them by decree, just as he dissolved the PLC and fashioned a PNC and PLO Central Council tailored to the PA and its purposes. Didn’t the Central Council vote to annul the Oslo Accords, rescind the PLO’s recognition of Israel and suspend security coordination? What happened to those resolutions?

Also, how could the Palestinian factions that met in Beirut and Ramallah under PA auspices agree to joint lists and the allocation of seats — and ensuing official posts – according to the same formula? Can the integrity of any elections be guaranteed in light of these new understandings? These factions applauded the achievement of national reconciliation and their initial joint statement calling for collective leadership and popular resistance. Their representatives made stirring speeches and exchanged embraces in front of the cameras. What became of all that?

Meanwhile, PA circles in Ramallah are feeling euphoric after the new Biden administration in the US announced its willingness to restore relations with and resume financial aid to the PA — although without rescinding Trump’s recognition of Jerusalem as Israel’s capital or returning the US embassy to Tel Aviv. Have the aspirations of the Palestinian people been reduced to reopening the PLO office in Washington and getting some crumbs of US aid that mostly end up in the pockets of the corrupt?

What about Hamas? Will it surrender its authority over the Gaza Strip to Ramallah whether it wins or loses legislative or presidential elections? Or will the current separation and status quo persist? Any involvement by Hamas in the PA and its institutions under the strictures of the occupation will be conditional on it renouncing and handing over its arms, and disbanding its military wing or turning it into security forces that coordinate with the occupation like their West Bank counterparts. Could Hamas accept these conditions to win US and Israeli approval?

Any move to restore Palestinian national unity and advance genuine reconciliation in any form deserves to be supported. But it must be based on fundamental principles, above all resistance to the occupation. There is no detectable evidence from the statements and meetings underway that this will be the case.

All we see at present is the two major Palestinian parties cynically making pretences to each other and dragging the others behind them in a bid to avoid accountability for the current state of disarray — to buy time, preserve and prolong their hold on power whether in Ramallah or Gaza, and ultimately divide the spoils.

0 thoughts on “The fake promise of Palestinian elections”