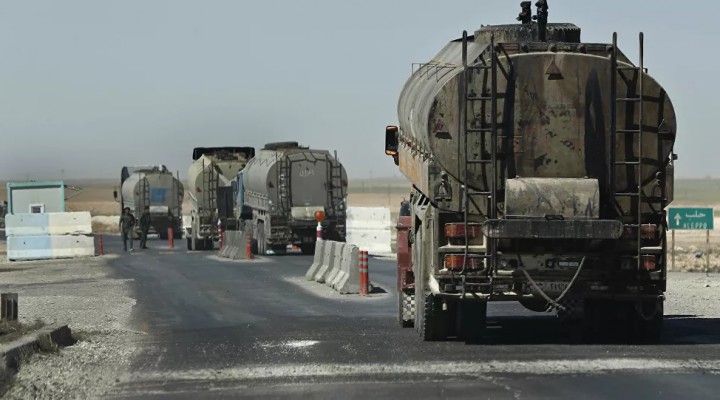 With its healthcare system devastated by nearly a decade for foreign-backed civil conflict, Syria now faces a critical shortage of hospital beds and ventilators, with equipment and medicine scarcity exacerbated by unrelenting Western sanctions.

US intelligence agencies and Washington’s regional allies are trying to take advantage of Damascus’s battle with the COVID-19 pandemic to consolidate their control over Syrian oil fields east of the Euphrates, and plan to facilitate the continued robbery of Syrian resources with the help of local mercenaries, veteran journalist Abdel Bari Atwan fears.

In an op-ed published by Arab digital newspaper Rai al-Youm on Friday, Atwan explains that according to reports coming from Syria’s al-Hasakah governorate, the Central Intelligence Agency has begun a campaign to recruit and train fighters from the Kurdish Syrian Democratic Forces militia to “guard” Syrian oil and protect the US-SDF oil smuggling operations in the region. The compensation for these services? $350 a month to each militia member, the journalist says. The main benefactors, meanwhile, supposedly include the countries and companies that receive the stolen oil, including Kurdish-administered areas of Iraq and contractors, including some representing Israeli firms.

Atwan recalls that US President Donald Trump has been unabashed in his plans to “keep” Syria’s oil and gas wells, ostensibly to “protect” these resources from falling into the hands of either Daesh (ISIS)* or their rightful owner, the Syrian government.

Fortunately for Damascus, however, Atwan believes that the United States will have a difficult time holding on to its positions in the region in the months to come, with the recent defection of dozens of militants from the US base at At-Tanf, southern Syria possibly just a taste of things to come, particularly after Iraqis begin forcing the US to evacuate its bases in accordance with the decree of Iraq’s parliament in January, following the US assassination of Quds Force Commander Qasim Soleimani and Iraqi Popular Mobilization Forces deputy chief Abu Mahdi al-Muhandis.

“The territories east of the Euphrates and their oil and gas wells will inevitably return to Syrian sovereignty,” Atwan writes, suggesting US forces will eventually flee the area just as they have from the Kirkuk (K1) and al-Taji base north of Baghdad. “It’s unfortunate,” he notes, “that certain Kurdish groups which have counted on US support have turned into mercenaries guarding stolen Syrian oil. They do not learn from the past and continue to make the same mistakes, turning into cannon fodder for American plans.”

At the moment, Syria has only 38 confirmed COVID-19 cases and 2 fatalities, although it’s feared that the infection rate may be substantially higher due to lack of testing.

On Wednesday, the joint Russia-Syria coordination center on refugee repatriation warned that the Arab Republic faces a critical shortage of ventilators and other medical equipment, with the country’s long civil war and unrelenting Western sanctions exacerbating health risks. Alexander Efimov, Russia’s ambassador to Syria, has accused Damascus’s adversaries of trying to take advantage of the pandemic to destabilize the situation inside the country and discredit the government.