HOME / Economy / Egypt and Ethiopia: Could it be war? 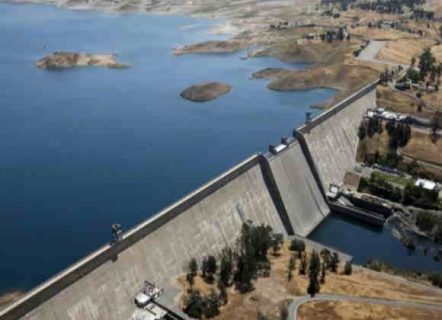 While the world is diverted by the coronavirus crisis, Ethiopia is just weeks away from starting to fill the reservoir of its Grand Ethiopian Renaissance Dam (GERD) on the Blue Nile, to the great dismay of Egypt whose vital supply of water stands to be severely reduced.

Last week, Egyptian Foreign Minister Sameh Shoukri sent a letter to all members of the UN Security Council setting out the country’s perspective on developments in the long-running dispute over the dam, detailing its efforts to reach an equitable solution, and warning of the dangers if the deadlock persists.
The move follows the collapse in February of trilateral negotiations held in Washington between Egypt, Ethiopia and Sudan. They were due to sign a draft accord drawn up by the US and the World Bank on rules for filling and operating the dam. But while Egypt’s foreign minister initialled the document and Sudan’s expressed reservations, Ethiopia rejected it and walked out of the talks. It then announced plans to start filling the reservoir in July without an agreement with the two affected downstream countries.
Many questions have been raised about the timing and implications of Egypt’s recourse to the Security Council and the future scenarios that could unfold.

The prevailing view in Cairo is that after knocking on every door and welcoming every effort at mediation — American, Russian and African – to reach an agreement, the Egyptian authorities’ have begun to run out of patience. They can no longer tolerate continued stalemate while Ethiopia is poised to impose a fait accompli in line with the strategy it has pursued from the outset of the dispute.

Throughout, it has deemed the dam, the waters of the Blue Nile, and the timing and duration of the reservoir filling to be sovereign Ethiopian matters in which nobody is entitled to meddle.

A former Egyptian official told Raialyoum he was convinced the memorandum to the Security Council was aimed at setting the record straight before Cairo turns to other options. These include, above all, the military option: using force to halt the dam’s construction and the filling of the reservoir in defence of Egypt’s water security and the livelihoods of millions of peasant farmers, who face ruin if water shortages are caused by this act of Ethiopian ‘aggression’.

It is far-fetched to expect a diplomatic breakthrough that averts conflict in the weeks before Ethiopia starts filling the 74 billion cubic metres (bcm) reservoir. The two sides’ positions are too far apart. Ethiopia insists on cutting Egypt’s annual share of Blue Nile water to 31 bcm and to fill the reservoir in three years, while Egypt wants a 46 bcm allocation and the filling to take place over the course of at least seven years. The US reportedly proposed a compromise of 37 bcm and a six-year filling period in the draft agreement that Ethiopia rejected.

The coded Egyptian warning sent in diplomatic language to the Security Council effectively serves notice that there are only two ways out of the crisis: Either Ethiopia signs the draft agreement formulated by the US and World Bank specifying the amount of water due to Egypt while the reservoir is filled over a reasonable period of time; Or if no last-minute deal is reached, Egypt, having made every effort to reach an equitable agreement over the course of several years, will use all available means, including military force, to prevent the filling of the reservoir and protect its legitimate water rights.

Egyptian former officials and others who have contacts in the regime and are informed about its current thinking believe the memorandum to the Security Council could be its last throw of the diplomatic dice before it resorts to force. They say Cairo has been in increasingly combative mood since US President Donald Trump washed his hands of the issue and effectively handed the dossier to Israel, Ethiopia’s principal backer and ally. They are convinced that Ethiopia intends to exploit the world’s preoccupation with the coronavirus crisis to press ahead with its plans unhindered and impose its terms in full.
Ethiopian officials argue they have a commitment to their people to complete the dam and fill the reservoir, and they cannot abandon it with general elections approaching. They point out that 70% of Ethiopians have no electricity, and that the country badly needs the power the dam will generate both for its economic development and to export. They also warn that if Egypt were to bomb the GERD, which is protected by Israeli air defence systems, they would retaliate against the Aswan High Dam: a dam for a dam, in other words.

Where does this leave Egypt? As a former Cairo-based British diplomat and expert on Egyptian affairs put it, President Abdelfattah as-Sisi has two choices. He can either go down in history as the man who squandered Egypt’s water rights, let millions of Egyptians starve and accepted this existential threat to the country. Or he can go down as the leader who foiled an act of aggression aimed at denying Egypt its right to the water that has sustained it for thousands of years. As a scion of the military establishment who rules with its support, Sisi is unlikely to opt for the former.

The GERD poses an existential challenge to Egypt more serious than the coronavirus crisis. Egyptian policymakers are in a state of high alarm, especially the military men. Some painful and fateful decisions may be taken in the coming few weeks.

0 thoughts on “Egypt and Ethiopia: Could it be war?”