HOME / WORLD / Beginning of the end of the American Empire 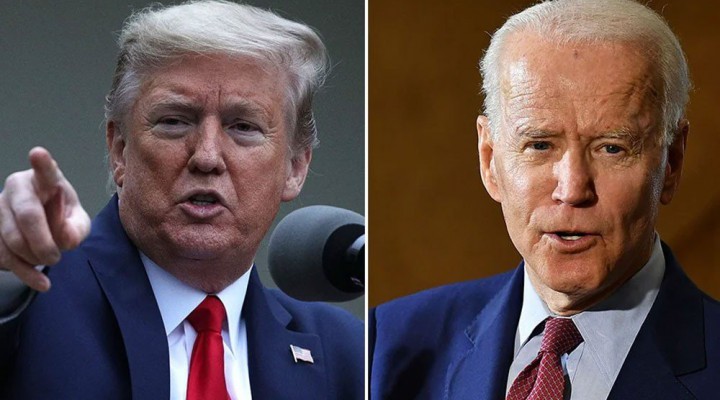 Donald Trump’s ignominious departure from the White House, as he left for his private resort in Florida unaccompanied by any of his previous loyal aides, marked his humiliating defeat for the time being – though it may not be long before he resumes his quest to demolish his party and country and deepen their divisions.

The depth of the crisis Trump bequeathed was reflected in the inauguration speech given by his successor Joe Biden. In his otherwise bland address, he issued a desperate appeal for national unity in a country that is increasingly divided and faces the prospect of something resembling civil war.

Trump’s demise supposedly brings an end to an era of lies, incitement and loud-mouthed sabre rattling at home and abroad, and ushers in a time of reconciliation and rehabilitation for a broken America that faces an uncertain future — its reputation and sense of identity shredded, its power more diminished than ever, and its self-confidence shattered both at home and abroad.

Trump failed to deliver on most of the promises he made to restore America’s ‘greatness’ – whether by curbing the rising power of China, changing the regime in Iran, or disarming North Korea. The main thing he succeeded in doing was to humiliate Arab rulers, browbeat them into normalisation with Israel, and plunder billions of dollars from their treasuries.

This does not mean Biden will fare any better in delivering on his pledges to bridge the US’ internal schisms and revive its global leadership. The Trump administration’s four years in power were fateful for the American Empire, and may have accelerated its demise more than many could have imagined. The collapse of great empires throughout history always began with internal defeats that set the stage for external defeats, and Biden is unlikely to be capable of halting this demise, let alone reversing it.

Many commentators are mistakenly trying to play down the longer-term impact of Trump’s legacy. He vowed on the steps of the helicopter that flew him out of the White House to “be back in some form.” Regardless whether he succeeds or fails in staging a personal comeback, he charted a course that could be ruinous for the US in both social and economic terms.

Trump reportedly plans to establish a new ‘patriotic’ party based on White supremacy and xenophobia that revives the legacy of the racist forefathers who invaded North America and ‘cleansed’ it of its indigenous population. This putative party has a potential base of 74 million people who voted for Trump and constitute 70% of the Republican electorate.

He set himself up as spokesman for this marginalised mostly White and non-metropolitan constituency. European fascists did much the same in former times, as do Trump’s right-wing admirers in Europe at present, including many of Britain’s Brexiteers. The grievances of these constituencies are genuine. To point them out is not to predict that these attempts to exploit them will succeed. It is only to suggest what could happen in the months and years ahead to the power that dominated the world for decades after inheriting, and badly misusing, the mantle of European colonialism.

Trump will now assume the status of ’martyr’ for tens of millions of his followers who constitute a time bomb in the American body politic, awaiting a spark that could ignite at any moment.

His boast that he never started any war during his four years in office is true. The reason for this is that he simply did not dare go too far against China, North Korea or Iran. He realised he could not win any war against them, and even if he did, the cost of ‘victory’ would be greater than the cost of defeat. The only people he could force to do his bidding were feeble Arab rulers.

Today, the regime in the US is more threatened with collapse than any of the regimes in the Middle or the Far East which Trump and his Israeli allies threatened to bring down. What a turnaround it has been.

The making of US empire at the dawning of its end

After the USSR, the USA collapses

0 thoughts on “Beginning of the end of the American Empire”