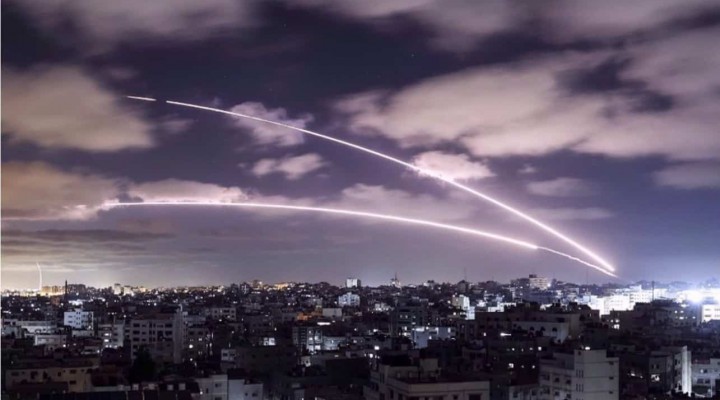 An Israeli newspaper says Tel Aviv begged the US to mediate a ceasefire during the 11-day military aggression on the besieged Gaza Strip that prompted the Palestinian resistance to retaliate with a massive rocket barrage.

Contrary to what is believed, Israel was the side trying to achieve a truce during the war, Yedioth Ahronoth reported on Saturday.

According to the report, Tel Aviv repeatedly contacted the administration of US President Joe Biden to broker “a dignified ceasefire” by putting pressure on Egypt and some other countries.

After the Biden administration did not show much interest in intervening in the matter, Israel sent a message to Egypt calling on the North African state to intervene with the US approval, it added.

Sinwar: Another war will change face of Mideast

Yahya al-Sinwar, head of the Hamas movement in Gaza, said Saturday that resistance to the enemy proved that al-Aqsa Mosque has strong defenders and that defending the holy site is a strategic goal.

“If there is another war with the occupying regime, the face of the Middle East will change,” he said.

Sinwar said the recent war helped the resistance test its new missiles. “We had tested many of our missiles at sea and we had to test them on the ground.”

Israel’s goal, he said, was to “eliminate half of the resistance and return Gaza to where it was decades ago, but it failed miserably and our resistance survived, and if they return to fight, we will return as well.”

“After this great victory and after May 2021, we declare that we are no longer the group we used to be,” he said.

The head of the Hamas movement in Gaza also touched on the success rate of the Israeli strikes against the resistance tunnels, saying the attacks did not destroy more than three percent of the fortifications.

Tel Aviv launched the bombing campaign against Gaza on May 10, after Palestinian retaliation against violent raids on worshipers at the al-Aqsa Mosque and the regime’s plans to force a number of Palestinian families out of their homes at Sheikh Jarrah neighborhood of East Jerusalem al-Quds.

The Gaza-based resistance groups did not sit idly by in the face of the Israeli onslaught. Appearing noticeably stronger than before, the Palestinian fighters took Israel by surprise with massive barrages of rockets.

A senior Hamas leader says the Gaza-based resistance movement has not yet used its “main assets” in its campaign against the Israeli regime’s acts aggression targeting Palestinians in the occupied territories and Gaza.

Hamas and Islamic Jihad fired 4,300 rockets towards different cities in the occupied lands during the war, which ended on May 21 after Israel announced a unilateral ceasefire that the resistance movements accepted with Egyptian mediation.

The Gaza fighters struck the Red Sea port of Eilat, over 190 kilometres away using a new Ayyash-250 rocket.

Israeli media said 13 people were killed in the panic-stricken occupied territories and 357 others were injured, suggesting that the regime’s much-publicized “Iron Dome” missile system had failed in the face of the massive rocket fire.

Gaza’s Health Ministry said 253 Palestinians lost their lives in the Israeli offensive, including 66 children and 39 women, and 1948 others were wounded.