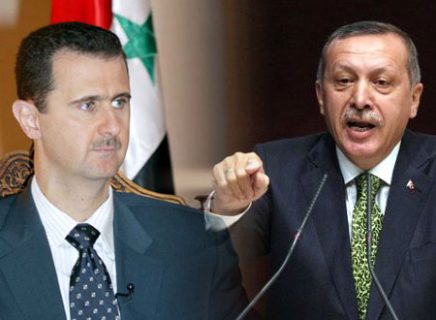 An updated Adana Treaty could be the lifeline everyone needs

The summit meeting to be held in Moscow shortly between Vladimir Putin and Recep Tayyip Erdogan may prove to be a pivotal event. It could open the door to the restoration of relations between Turkey and Syria and the revival of their 1998 Adana Treaty — perhaps followed by a signing ceremony bringing the Syrian and Turkish presidents together under the auspices of their Russian counterpart.

This is what the Russian have been carefully preparing for, in the hope of drawing a line under the war in Syria, removing all foreign forces from the country and reasserting the state’s sovereignty over all its territory and border crossings.

Putin skillfully set the stage for this unfolding scenario. He brokered secret talks between the Syrian government and the self-styled autonomous Kurdish administration in the northeast, which brought the latter back into the national fold to unite against the Turkish assault. This took the Turkish leadership by surprise, confounding its political and military calculations.
What worries the Russians most is the prospect of a military confrontation between the Turkish and Syrian armies. That would force them to choose sides, potentially destroying everything they have achieved in Syria and wrecking the political process they are overseeing which is close to reaching agreement on a new constitution.

The Russian aim is for Syrian government troops to move east of the Euphrates, reclaim most of the oil and gas (400,000 barrels per day) in the Deir az-Zour area following the withdrawal of US forces, strengthen their control in Manbij, Raqqa, Tal-Tamr and Ain-Arab (Kobani) after the handover of these towns by the Syrian Democratic Forces (SDF), and deploy along the length of the northern border with Turkey. This plan is now being put into action, quietly and in stages.

That is what Russian envoy Alexander Lavrentyev indicated when he said Turkey had no right to deploy forces permanently in Syria but could be allowed to operate up to a distance of 5-10 kilometres within its territory. He thus offered Erdogan a ladder with which to climb down safely from the current crisis by reverting the Adana Treaty, of which these are key provisions.

Leaks from Moscow say Turkish and Syrian military and intelligence chiefs are set to meet in the Russian resort of Sochi to formulate the wording of an amended treaty prior to the Putin-Erdogan summit.

Could a meeting between the Turkish and Syrian presidents follow? Will we witness historic handshakes that turn the page on the years of war, amid broad smiles on Putin’s usually frowning face? It seems probable. Moscow has not put a foot wrong in its management of the Syrian crisis so far and is unlikely to falter in this, the crisis’ penultimate act.

A revived Adana Treaty could be the lifeline everybody needs.

0 thoughts on “Can Russia reconcile Turkey and Syria?”