HOME / WORLD / The Russian Masterpiece in Syria: Everyone Wins 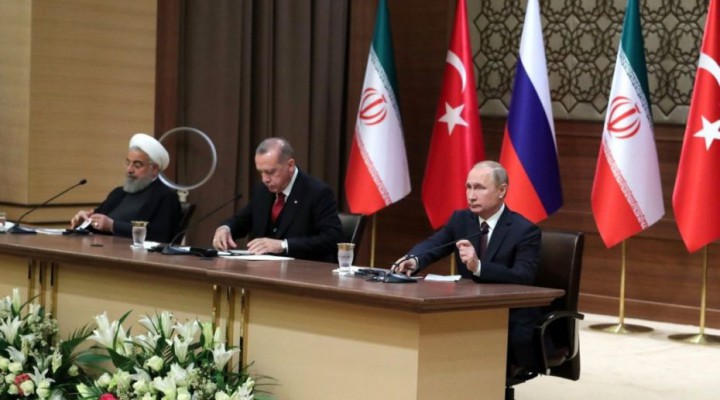 The world is now witnessing one of the greatest diplomatic masterpieces bringing closer the end of the seven-year-long Syrian conflict.

“Moscow and Damascus have always maintained they are against any form of partition or illegal foreign presence in Syria.”

Moscow has managed to maintain contacts with all parties in the conflict, even in spite of its stance against partition and illegal foreign presence. Trilateral talks between Iran, Turkey and Russia occurred in Astana at Moscow’s urging. Putin managed to bring together in Sochi the Syrian government and opposition groups to discuss the future of Syria. In Geneva, Moscow mediated between Damascus and the international community, shielding Syria from the diplomatic skulduggery of the US and other enemies of Syria.

Turkey, solely as a result of its defeat in Syria, now finds itself in active dialogue with Moscow and Tehran. As Ankara experiences worsening relations with Washington and other European capitals, Moscow saw a great opportunity to bring Turkey closer to Damascus.

Russia’s operation was complicated and required a lot of patience; but thanks to negotiations supervised by Russia, together with the bravery and courage of Syrian soldiers, almost all of the terrorist pockets scattered around Syria have been progressively overcome.

Other than the Idlib province, the main problem for Damascus lay with the US occupation in the northeast of the country, under the pretext of protecting the Kurds (SDF) from the “Assad regime”, as well as to “fight Daesh”.

Erdogan currently finds himself boxed in, squeezed in by a collapsing economy, threatened by his allies (the purchase of the Russian S-400 system irritated many in Washington and in NATO): he desperately needs to present some kind of victory to his base.

This may be the primary reason behind Erdogan’s decision to move into Syria under the pretense that the YPG is a terrorist organization linked with the PKK — proceeding to create a buffer zone on the border between Syria and Turkey and declaring “mission accomplished” to boost popularity ratings.

With Trump, he is desperate to shift attention away from the impeachment proceedings (a hoax), and similarly needs to present some kind of victory to his base. Why, what better way to do this than with a mini withdrawal of US troops from Syria, leaving the Kurds to their destiny (Trump’s care factor regarding SDF is minimal, as they are more connected to his political opponents in the Democratic Party), while claiming victory over Daesh for the umpteenth time in recent months?

Trump, with a handful of tweets directed against the Pentagon’s “crazy spending” and America’s past wars, finds himself and his base giving each other high fives on their commitment to the doctrine of “America First”.

Erdogan and Trump have also solved the embarrassing internal conflict within NATO between Turkey and the US, probably reestablishing personal relationships (the tough talk from the White House notwithstanding).

The agreement between the Kurds (SDF) and Damascus is the only natural conclusion to events that are heavily orchestrated by Moscow.  The deployment of Syrian and Russian troops on the border with Turkey is the prelude to the reconquest of the entirety of Syrian territory — the outcome the Kremlin was wishing for at the beginning of this diplomatic masterpiece.

Washington and Ankara have never had any opportunities to prevent Damascus from reunifying the country. It was assumed by Moscow that Washington and Ankara would sooner or later seek the correct exit strategy, even as they proclaimed victory to their respective bases in the face of defeat in Syria. This is exactly what Putin and Lavrov came up with over the last few weeks, offering Trump and Erdogan the solution to their Syrian problems.

Trump will state that he has little interest in countries 7,000 miles from the homeland; and Erdogan (with some reluctance) will affirm that the border between Turkey and Syria, when held by the Syrian Arab Army, guarantees security against the Kurds.

Putin has no doubt advised Assad and the Kurds to begin a dialogue in the common interests of Syria. He would have no doubt also convinced Erdogan and Trump of the need to accept these plans.

An agreement that rewards Damascus and Moscow saves the Kurds while leaving Erdogan and Trump with a semblance of dignity in a situation that is difficult to explain to a domestic or international audience.

Moscow has started joint patrols with the Syrian Arab Army on the borders with Turkey for the purposes of preventing any military clashes between Ankara and Damascus. If Ankara halts its military operation in the coming days, Damascus will regain control of the oil fields.

The world will then have witnessed one of the greatest diplomatic masterpieces ever conceived, responsible for bringing closer the end of the seven-year-long Syrian conflict.

0 thoughts on “The Russian Masterpiece in Syria: Everyone Wins”