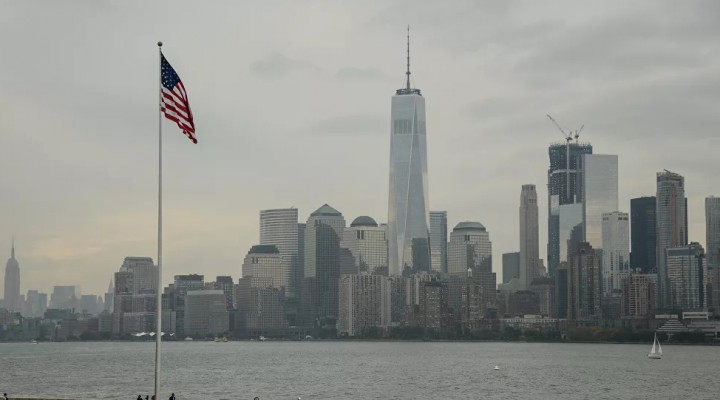 “The virus will not have a chance against us. No nation is more prepared or more resilient than the United States”. So said President Trump in a televised nationwide address this week from the Oval Office in a bid to calm growing apprehensions over the coronavirus global pandemic.

Trump’s bravado, however, only serves to heighten concerns because it suggests this president and his administration haven’t a clue about the dangers being faced.

From earlier initial denials about the disease, to prayerful invocations for its passing, to a White House clampdown on sensitive health information reaching the public, the prognosis is for a severe epidemic of the deadly flu virus in the US.

The improbable relatively low level of infections and deaths so far compared with other nations is more indicative of negligent testing and containment measures by the US authorities.

Trump’s belated and dramatic travel ban from European countries was presumably meant to show president flexing leadership muscles. That move is no doubt futile because the disease has already reached the US population and now it is set for an explosive contagion.

The US is the only developed country where workers are not entitled to statutory paid sick leave. As The New York Times’ editorial board noted this week: “As the coronavirus spreads, the public interest demands that employers abandon their longstanding resistance to paid sick leave”.

It seems almost incredible that in a supposedly advanced nation workers are largely denied such a basic right.

Some 32 million American workers are estimated to be without any form of sick pay. Most of them are in low-wage, service-sector jobs – the very sector where public infection is at greatest risk of spreading.

Many of America’s working poor do not have health insurance and those that do cannot afford to use their cover out of fear of exorbitant pay-back costs.

The fiendish upshot, as other commentators have remarked, is that US workers cannot afford to take hospital tests for the coronavirus nor afford to take time off if they are suspected of having the infection. Two weeks without pay would be financial ruinous for families already living from paycheck to paycheck.

As China and South Korea have demonstrated, the key to effective containment of the disease is rapid and widespread testing, quarantining and treatment. Such a response is not systemically possible in the US because of the precarious wage-slave nature of the labour market.

Of course, these abject social conditions prevailed before Trump became president three years ago. Indeed, for decades the US economy has become predicated on low-wage service jobs where workers’ rights have been gutted.

Trump is but a continuation of an ongoing class war against American workers whereby wealth has been massively redistributed to corporate bosses and stock market vehicles which benefit the top 1 per cent in society. For this upper stratum, profits and dividends have never been so lucrative. And to be sure “their” economy looks superfine and dandy.

For the majority though, a very different perspective prevails. After years of chronic impoverishment through stagnating wages and crumby employment conditions, workers in the US are more vulnerable than ever to economic calamity, be that from a disease epidemic or property-market crash.

This is why America’s wages of sin are inviting a coronavirus epidemic from hell. The relatively low rates of infection so far for a population of 327 million belie a catastrophic latency for the disease because so many workers are necessarily in denial about the illness and its risks.

Trump and Congress have ordered emergency funding of around $8 billion to counter the epidemic. But the problem is one of endemic social conditions of massive inequality, poverty, derelict workers’ rights and a healthcare system driven by commercial profit. That militates against the very rapid response that is required to contain the disease.

As tens of millions of American workers struggle into insecure jobs and zero-hour contracts at restaurants, bars, cleaning services, social care, public transport, and so on, the risk of disease contagion becomes ramifying. After the disease gains critical mass, then any public health facilities will be overwhelmed.

Donald Trump’s insouciance about his nation’s resilience could not be more misplaced. That’s hardly surprising coming from a billionaire-president whose elitist worldview is typically informed by roaring stock markets and effervescent investor dividends. (Those indices no longer buoyant now).

For many working Americans, life is on a precipice. This coronavirus is threatening to push millions of them over the edge.

Ironically, the presidential candidate who has been calling for improving workers’ pay and rights as well as a proper universal public healthcare system – Bernie Sanders – is being sidelined by the Democratic party leadership and its media backers. The coronavirus crisis stalking the US makes the case for Sanders’ socialist manifesto better than any other argument.

0 thoughts on “America’s Wages of Sin”