HOME / Politics / The End of the Age of Enlightenment 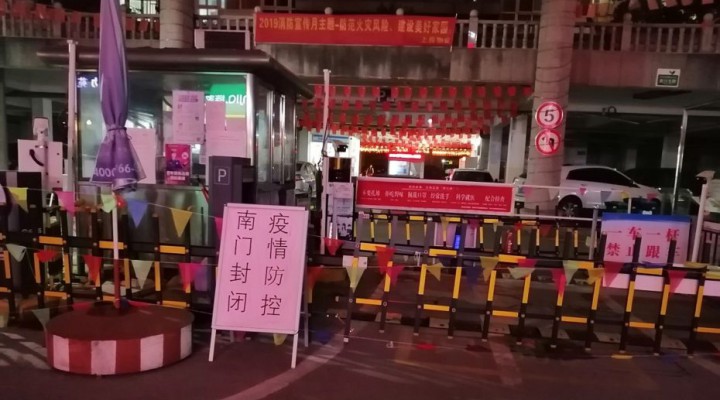 The coronavirus is becoming Trump’s Chernobyl and Hurricane Katrina wrapped up into a single event that has exposed Trump’s total ineptness, ignorance, narcissism, and constant fabrication of the truth.

The Age of Enlightenment had a pretty good run from the 17th to 19th centuries. It led to the Industrial Age and, in concurrence, the Space and Information Ages. These historical epochs advanced humanity to crowning breakthroughs in science, medicine, information exchange, and quality of life. Today, all of humankind’s advancements are being threatened by those who would have society return to an age marked by superstition, belief in magic and miracles, ignorance, racial and religious intolerance, and abject sexism.

The current COVID-19 coronavirus pandemic has done more to encourage a global rejection of scientific method than, perhaps, any other event is recent memory. Not since the Black Death of the 14th century have government leaders and members of the public offered up policies that fly in the face of medical science, the truth, and rationality. Like the coronavirus, the Black Death originated in East Asia and eventually, thanks to rat fleas carrying the pestilence westward, ended up in the Middle East and Europe. In addition to up to 60 percent of the population of Europe dying from the world’s worst pandemic, up to 375 million people worldwide may have succumbed to the disease. It was during the pandemic that the idea of enacting quarantines of entire cities was enacted, something Chinese and Italian authorities have re-enacted with COVID-19.

Chief among those who have tossed science and best medical practices to the wind is Donald Trump, who politicized the coronavirus by calling the reaction by the media a “hoax” engineered by his Democratic Party opponents. Trump also used the virus to launch into other political attacks, including calling Governor Jay Inslee of Washington state, which has experienced a large coronavirus outbreak, a “snake.” Trump has offered up patently false information on the virus, even contradicting his own Secretary of Health and Human Services, Alex Azar, and officials of the National Institutes of Health, National Institute of Allergy and Infectious Diseases, and Centers for Disease Control and Prevention (CDC).

After US public health officials urged those who were experiencing symptoms of COVID-19 to self-quarantine at home, Trump urged people to go to work. That sentiment was echoed by Trump’s White House economic adviser, Larry Kudlow, a one-time cocaine addict. Kudlow falsely stated that the United States had the virus “contained” and remained “airtight” from foreign-originated infections. Trump and Kudlow also encouraged people to ignore public health warnings and go to work and tend to their normal routines. Dr. Jerome Adams, the US Surgeon General and an anesthesiologist, urged Americans to obtain a seasonal flu vaccination, even though it has no effect on the coronavirus. Earlier, Trump asked governmental medical experts and officials of pharmaceutical companies why the regular flu vaccine could not be used to prevent coronavirus. The leaders of medical institutions and Big Pharma could not believe their ears as Trump asked a series of questions and pontificated on subjects that were not up to the standards normally exhibited by a third-grade student.

Trump has also insisted on using his own contrived numbers to paint over a very serious pandemic. He said his “hunch” was that the mortality rate of COVID-19 was under 1 percent. In fact, it stood, according to the WHO, at 3.4 percent globally, a number Trump called “false.” In fact, the coronavirus case-fatality rate in the United States stood, at the time of this article, as the world’s second highest: 5.7 percent. The United States also lagged other countries is testing for the virus. Trump claimed every American who wanted to be tested could do so. The truth was that there were not enough test kits to check on every American. Initially, Trump embargoed states and local governments from carrying out their own tests, requiring the CDC to conduct all such testing. Trump’s only interest was in suppressing the number of Americans infected.

Trump and his advisers’ recommendations have been as ridiculous as some of the policies enacted by leaders in the 14th century regarding the Black Death. During the Black Death plague, some European leaders turned to astrological charts to explain the disease. Trump turned to a regular calendar and said he believes that warmer springtime weather will see the coronavirus disappear. At a White House briefing, Trump said, “It’s going to disappear. One day it’s like a miracle, it will disappear.” As with the royal court advisers of the 14th century belief in astrology to predict the end of the Black Death, Trump’s belief in warmer weather stopping the coronavirus pandemic is dead wrong. As seen with the community-based spreading of the coronavirus in such warm weather countries as India, the Philippines, Indonesia, Malaysia, Singapore, Thailand, Ecuador, and Nigeria, Trump’s epidemiological forecasts are as ridiculous as his rejection of climate change science and environmental safety standards. In science, there are facts, not “miracles.”

Trump’s pandemic policy of being reactive rather than proactive was preceded by massive budget cuts in America’s pandemic response budget. Among the pandemic response entities that were disestablished by Trump were the National Security Council’s Global Health Security and Biodefense unit and its counterpart at the Department of Homeland Security. Trump also severely slashed the budget of the CDC’s Epidemic Intelligence Service (EIS), also known as the government’s “disease detectives.” Trump told the CDC during a recent visit that the best way to detect coronavirus hot spots was “ by sitting back and waiting” for them to appear. Scotland’s First Minister, Nicola Sturgeon, hit back at Trump in a tweet: “There’s a massive responsibility on all leaders at a time like this (I know I feel it acutely) to listen to the science, understand its implications, apply judgment, and ensure all of that is reflected in clear, consistent and responsible public messaging.”

The World Health Organization (WHO) bemoaned the fact that along with the coronavirus pandemic there was an “infodemic” of false information being spread by irresponsible media and the Internet. Those of Asian descent have been subjected to xenophobic attacks merely because the first virus cases were discovered in Wuhan, China. During the Black Death, Europeans scapegoated several groups as being responsible for the deadly plague. They included Jews, foreigners, beggars, lepers, people with acne or psoriasis, and the Romani people. Trump hinted at closing the US border with Mexico, a sign that he would like to use Latin American migrants, once again, as a convenient scapegoat in support of his xenophobic policies.

The coronavirus has also resulted in the rise in some countries of “denialism.” Certain countries began either undercounting the number of coronavirus cases or denied the existence of anyone within their borders contracting the virus. Iran accused Turkey, which had reported no virus cases, of such a policy.

For several days, Trump insisted that there were only 15 cases within the United States and all of the patients had recovered, except one. The actual number was, of course, much higher. Although Trump insisted that airline passengers arriving from virus hot zones were being examined at US airports, that was not the case. The thoroughly corrupt and inept Trump administration began emulating countries like Zimbabwe and Pakistan. For example, arriving passengers at Robert Gabriel Mugabe International Airport in Harare were being given only cursory temperature checks, while at Jinnah International Airport in Karachi, airport officials were reportedly extorting money from arriving passengers in exchange for permitting them to exit the airport and bypass medical screening. At New York’s John F. Kennedy International Airport, passengers arriving on direct flights from Milan, within the Italian hot zone, reported no medical screenings upon clearing immigration.

Trump’s draconian sanctions against Iran also contributed to the massive spread of the coronavirus and false rumors about it in that country. Iran was even blocked by the Trump administration from accessing a coronavirus global statistics web dashboard maintained by Johns Hopkins University.

Trump’s policies, as well as those of some other medievalist leaders, are not much different from the powers that existed during the Black death. The 14th century Italian writer Giovanni Boccaccio wrote about the 14th century equivalents of Trump, Kudlow, and those Trump loyalists who currently discount the science behind the coronavirus, some believing the virus’s effects are being exaggerated or that the virus, itself, is a “hoax.” Boccaccio wrote that 14th century Europe suffered from those “diverting their minds with music and such other delights as they could devise. Others, the bias of whose minds was in the opposite direction, maintained, that to drink freely, frequent places of public resort, and take their pleasure with song and revel, sparing to satisfy no appetite, and to laugh and mock at no event.”

In 14th century Europe, there were those who took advantage of the plague to sell items falsely claimed to ward off the plague, including, according to Boccaccio, “flowers or fragrant herbs or diverse sorts of spices.” The Attorney General of New York recently warned Trump ally and disgraced televangelist huckster Jim Bakker to cease selling a “Silver Solution” on his website as a preventative cure from the coronavirus. Bakker is not the only pro-Trump carnival barker taking advantage of the pandemic to sell all sorts of “snake oil” cures.

Trump’s penchant for blaming other countries for America’s ills has had a global domino effect as regard to the coronavirus. Secretary of State Mike Pompeo began the international recriminations by accusing China of covering up information about what he continues to call the “Wuhan virus.” Pompeo also blamed the political system of “Communist China,” a long-forgotten Cold War pejorative, for spreading the virus. Hypocritically, Pompeo made his spurious claim about alleged Chinese censorship as Trump declared that no part of the federal government was to reveal information about COVID-19 unless it was cleared through the office of Vice President Pence.

Trump ally Senator Tom Cotton of Arkansas claimed, without evidence, that the coronavirus was developed as a bio-weapon in a Chinese government laboratory in Wuhan. An Iranian politician made the same charge against the United States, claiming the virus was an American bio-weapon. Saudi Arabia blamed its coronavirus cases on Iran. Japanese Prime Minister Shinzo Abe, whose resignation was demanded in over a million Twitter posts over his inept handling of the coronavirus, imposed a 14-day quarantine on all visitors from South Korea and China, inflaming historical enmity between Japan and the two nations.

Trump is another Emperor Nero who is oblivious to what is happening throughout his country and the world. The coronavirus is becoming Trump’s Chernobyl and Hurricane Katrina wrapped up into a single event that has exposed Trump’s total ineptness, ignorance, narcissism, and constant fabrication of the truth. The political price he and his cult-worshipping Republicans will pay in the November election will be one of the steepest in modern history.

0 thoughts on “The End of the Age of Enlightenment”