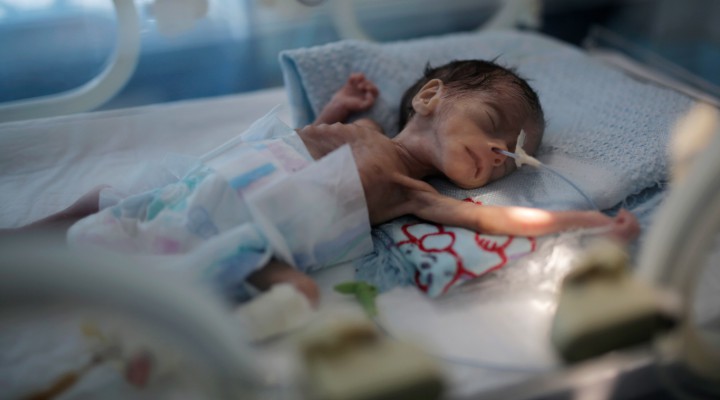 The World Food Program is warning that Yemen and countries in the Horn of Africa – not coincidentally states that the U.S. has been destabilizing for decades, could face mass starvation amid the coronavirus pandemic.

MPN– A new report from the World Food Program warns that the COVID-19 pandemic could spark a massive global famine, leading to over a quarter-billion people falling into acute food insecurity by the end of the year. While the coronavirus is devastating enough – having (officially) killed over 177,000 people worldwide and infected 2.6 million, the upheaval it has caused might trigger far greater damage, as harvests are ruined, supply lines broken, and people lose the ability to pay for food. “I must warn you that if we don’t prepare and act now – to secure access, avoid funding shortfalls and disruptions to trade – we could be facing multiple famines of biblical proportions within a short few months,” said David Beasley, the World Food Program’s Director-General.

However, the report makes clear that not all countries will be affected equally, with those populations already facing food insecurity the hardest hit, chief among them Yemen and the countries of the Horn of Africa – not coincidentally states that the U.S. has been destabilizing for decades.

If famine and war were not enough, much of Yemen, including the large port city of Aden, has been inundated with floods, causing huge damage to the area and loss of life.

Flood damage in Crater Aden. This is the second flood in Aden in a month.#SouthYemen #Yemen pic.twitter.com/js6CNNE2aZ

However, little discussed in either the World Food Program’s report or corporate media is the Western role in Yemen’s destruction. As Oxfam noted, Yemenis are not starving: they are being starved; starved by a five-year war sustained by the U.S. and its NATO allies. The U.S. and Great Britain have provided crucial support, arming, training and supporting the Saudi coalition in devastating Yemen’s economy. The country’s Ministry of Agriculture estimates that there have been at least 10,000 airstrikes against farms, 800 against local food markets, and 450 against food storage facilities between 2015 and 2019. And thanks to the fuel blockade, hospital and sanitation services are not able to function normally, leading to an enormous waste build up and outbreaks of cholera and other deadly diseases rarely seen in peacetime. COVID-19 will surely overwhelm the already struggling facilities.

The World Food Program predicts Yemen to feel the worst impact of a prolonged global pandemic and famine; 16 million people (the majority of the population) are already suffering a food crisis, the highest number in the world. 40 percent of Yemeni households had already lost their primary source of income before the pandemic, primarily because of the Saudi-led blockade on the country and its Houthi rebels. The new report calculates that over half of children born since the conflict started in 2015 are already physically stunted due to lack of food. Throughout the war, food prices have risen and international agencies (including the World Food Program itself) have played politics with relief efforts.

Likewise, the West has played a highly destabilizing role in the Horn of Africa, supporting militias and dictatorial regimes across the region. In addition to the famous Battle of Mogadishu in 1993, the US has been quietly carrying out a longstanding drone bombing campaign in Somalia, greatly exacerbating the intense economic and societal problems the country faces. But the connection between foreign intervention and hunger is rarely made by the media or politicians. The report expresses grave concern over countries in the region, such as Ethiopia, Sudan, South Sudan and Kenya. 4.24 million people in Somalia, it notes, are already facing serious circumstances. The country’s 2.6 million internally displaced refugees also pose a serious problem. The overcrowded and unsanitary camps they live in – where social distancing and getting enough nutrition is difficult – could be a breeding ground for hunger and COVID-19. Those with malnutrition and the health concerns it brings with it are particularly at risk of falling ill and dying. Moreover, internally displaced people’s citizenship status is often in question, and will likely prevent some from accessing social protections and provisions.

The UN Secretary-General Antonio Guterres called for a worldwide mobilization to avert a catastrophic famine: “We have the tools and the know-how. What we need is political will and sustained commitment by leaders and nations,” he said. However, it is far from clear he can muster support from beleaguered and divided states, especially as many of them have been intentionally hurting the worst hit countries for years.