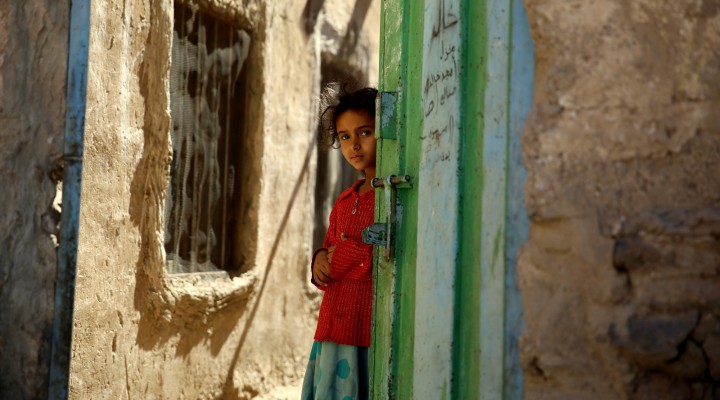 The fact that girls as young as three have been sold is shocking and a testament to the severity of the humanitarian crisis, particularly the country’s burgeoning famine, that many Yemenis face.

As the entirely man-made crisis in Yemen continues to worsen, the U.K.-based charity Oxfam has stated that some desperate Yemeni families are selling their daughters, some as young as three years old, as child brides in hopes that their dowries can buy them much needed food and shelter.

Oxfam made the shocking and disturbing claims in an interview with RT, with Oxfam’s director for Yemen, Muhsin Siddiquey, stating that many Yemeni families now “think that this is the only way” for them to stay alive. “They can bring the dowry, and that can protect the whole family and other extended members,” Siddiquey added.

Siddiquey also noted that, while many of these families had received humanitarian support, that support was limited and was not enough to provide even a semblance of food security for many families in the war-torn country.

Oxfam recently issued a report on the troubling matter after interviewing several families in the Amran governorate in the country’s north. While the report notes that child marriages have long been present in Yemen, the fact that girls as young as three have been sold is shocking and a testament to the severity of the humanitarian crisis, particularly the country’s burgeoning famine, that many Yemenis face.

“Until they have reached 11 years old”

One Yemeni family interviewed by Oxfam married off their nine-year-old and three-year-old daughters in order to keep the rest of the family alive. Hanan, the nine-year-old girl, told Oxfam:

My mother-in-law keeps beating me, and when I run away back to my father’s house, my father beats me again for running away. I don’t want to be married. I just want to go back to school.”

Hanan’s mother told the charity group that she knew it was wrong to marry her children off at such a young age but saw no other option for ensuring her family’s survival.

Younger girls are usually spared consummating the marriage until they have reached 11 years old but before that are made to do household work in their husband’s home. Nine-year-old Hanan used to go to school but since she was married, she has had to stop.”

Oxfam’s report correctly points out that the famine in Yemen is the result of several factors including the Saudi-led Coalition’s blockade of humanitarian aid; the depreciation of Yemen’s currency, which has made food unaffordable for many; and the fleeing of Yemeni families from combat zones to areas with little infrastructure and limited food availability. Families in the latter category are forced to live in tents or mud huts that do not adequately protect them from the elements.

Currently, more than 11 million children require humanitarian assistance in the country and another U.K.-based charity, Save the Children, reported last September that 5.2 million children face risk of famine. Some figures claim that more than 10 million Yemenis also face starvation, though UN figures from last year suggest that the figure is closer to 18 million.

In addition to famine, many Yemeni civilians are also dying in staggering numbers from preventable diseases, owing to the fact that the Saudi-led blockade also prevents much-needed medicine from entering the country. Not only that, but the Coalition’s bombing campaign repeatedly targets civilians and civilian infrastructure, including farms and water treatment plants, which has only furthered the suffering of the Yemeni people and undermined their ability to feed and sustain themselves.