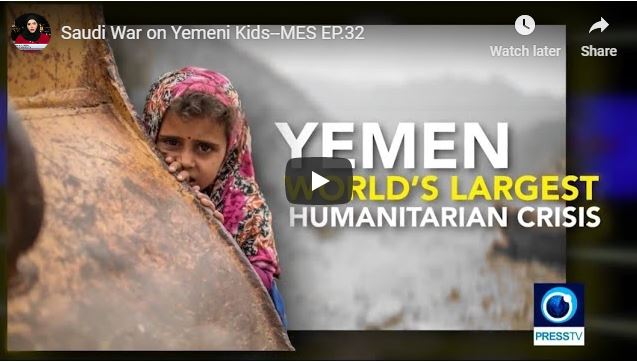 A catastrophic toll, that the ongoing Saudi-led military onslaught and blockade has taken, is estimated that 1,000 Yemeni children die in the crisis-hit and impoverished Arab country on a daily basis. We discuss this segment with Yousef Al Mawry, Emmy Award winning journalist and political analyst.

Meanwhile, a restructuring or default on debt in Lebanon is now highly likely due to acute political uncertainty, de facto capital controls and damaged confidence in the banking sector. We discuss this segment with Dr. Nasri Harb, Economist at USAL University.