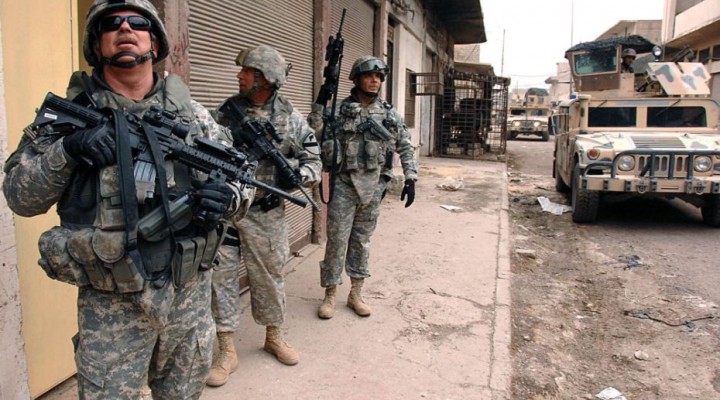 Trump’s personality is not one that appreciates actual history, but only that which he dreams up in his head, “creating facts” by whimsy.

In the 2016 science fiction sequel, Independence Day: Resurgence, actor Jeff Goldblum, describing the targeting priorities of aliens invading the Earth, says, “They like to get the landmarks.” In both Independence Day and its sequel, movie viewers were treated to scenes of macabre-looking extraterrestrials destroying the Empire State Building, the White House, Los Angeles’s Tower Records building, and London’s Tower Bridge and “the Eye” wheel.

Destroying famous landmarks is not merely in the purview of motion picture aliens but also the president of the United States. In a series of tweets sent after Trump ordered the assassination at Baghdad International Airport of Iranian Islamic Revolutionary Guard Corps Al Quds commander, Major General Qaseem Soleimani, he vowed to destroy Iranian cultural sites if Iran retaliated for the U.S. assassination of Iran’s most revered military leader.

Trump tweeted: “Let this serve as a WARNING that if Iran strikes any Americans, or American assets, we have… targeted 52 Iranian sites (representing the 52 American hostages taken by Iran many years ago), some at a very high level & important to Iran & the Iranian culture, and those targets, and Iran itself, WILL BE HIT VERY FAST AND VERY HARD.”

Destroying cultural and religious sites during armed conflict is a war crime and a violation of international law. In yet another dispute between Mr. Trump and members of his cabinet, when asked about Trump’s threat to destroy 52 Iranian cultural sites, Defense Secretary Mark Esper said at a Pentagon news conference, “We will follow the laws of armed conflict,” which prohibits the targeting of cultural sites. Not since 1944, when the German commander of Paris, General Dietrich von Choltitz, defied Adolf Hitler’s order to destroy the major cultural sites in Nazi-occupied Paris – the Arc de Triomphe, Notre Dame cathedral, the Eiffel Tower, the Louvre, Sacré–Cœur basilica, and others – had a military official so publicly defied a political leader.

Trump did not state what 52 Iranian cultural sites and antiquities were on his “hit list,” but informed observers believe they included the ruins of the capital of the Achaemenid Empire at Persepolis; the Kingdom of Elam’s holy city, Tchogha Zanbil; and Imam Square in Isfahan, all protected World Heritage sites protected by the United Nations Educational, Scientific, and Cultural Organization (UNESCO), from which Trump withdrew the United States in 2019. Other likely targets included the iconic Azadi Tower in Tehran, built by the Shah of Iran in 1971 to celebrate the 2500th anniversary of the founding of the nation of Persia/Iran and the UNESCO-protected Arg-e-Bam, the world’s largest adobe building; the Old Persian, Elamite, and Babylonian inscription and rock relief depicting the coronation of Darius the Great on Mount Behustan; the cylindrical tower of the tomb of Ziyarid ruler Qabus; the Tabriz Bazaar; the historic city of Yazd, and several Persian gardens around Iran.

Tehran’s iconic Milad Tower, often seen on live television broadcasts from the Iranian capital, would be the sort of target a neo-barbarian like Trump would want to see destroyed, since the former television game show host has little appreciation for history or culture.

The world has in recent years witnessed a number of barbarian acts of destruction of world heritage cultural sites. The Islamic State of Iraq and the Levant (ISIL) destroyed several historical sites and objects of antiquity in Mosul, Iraq and Palmyra, Syria. In 2001, the Taliban blew up the UNESCO-protected Bamiyan Buddhas in Afghanistan, rendering them into a pile of rubble.

It is a sad commentary on the present state of the world that an American president would desire to put himself in the same barbarian category as Adolf Hitler, ISIL, and the Taliban. However, Trump’s “maximum pressure” campaign on Iran appears to have very few boundaries.

During the initial phase of the U.S. military occupation of Iraq, U.S. troops idly stood by as looters ransacked the National Museum of Iraq in Baghdad, carting off many priceless artifacts, thousands of which remain missing to this day. In addition to looters stealing Iraqi artifacts, members of the U.S. military, the Coalition Provisional Authority, and private contractors bought stolen Iraqi museum pieces on the streets of Iraq, shipping them home without any penalty from the U.S. government.

The U.S. military damaged the famed Ishtar Gate of Babylon, south of Baghdad. In addition to damaging parts of the gate, the U.S. military destroyed parts of it to build a helicopter landing pad and an area for portable toilets.

The famous Sacred Vase of Warka (dating from 3200 BC) was discovered in the trunk of a car. In 2003, then-U.S. Defense Secretary Donald Rumsfeld, who has as much appreciation for cultural sites and antiquities as Mr. Trump, said, “The images you are seeing on television you are seeing over and over and over. And it’s the same picture of some person walking out of some building with a vase. And you see it 20 times. And you think, my goodness, were there that many vases?.. Is it possible that there were that many vases in the whole country?”

Rumsfeld glossed over the willful toleration by the U.S. occupation force of the grand theft of Iraqi antiquities and their appearance on the global black market. There is little doubt that if the U.S. decided to attack and occupy Iran, the cultural sites not obliterated by U.S. weapons would be looted for distribution on the black market.

After the U.S. invasion of Iraq, Arab Spring upheavals in Egypt and Libya, and the jihadist occupation of large parts of Syria, various priceless antiquities from these countries began showing up in private collections and dubious museums like the Museum of the Bible in Washington, DC. The museum was built by Christian fundamentalist David Green, owner of the retail chain Hobby Lobby. A private-high dollar reception marking the museum’s opening was held at the Trump International Hotel in Washington on November 16, 2017. That same year, U.S. Immigration and Customs Enforcement (ICE) seized from Hobby Lobby thousands of clay tablets and metallic seals, obviously bound for the museum, that were stolen from Iraq. Most archaeologists believe that such seizures are merely the tip of the iceberg.

Although many stolen Middle Eastern artifacts are fenced through or secretly auctioned in London, Geneva, Zurich, Basel, Beirut, Istanbul, Amman, and New York, the culpability of Israel is rarely mentioned. Many of the stolen artifact brokers possess Israeli passports and because of their dual nationality with other countries, engage in their black marketeering by freely traveling from place to place with their ill-gotten wares. Israel demonstrated its lack of commitment to cultural site protection when its military razed the 700-year old Moroccan Quarter of Old Jerusalem in 1967.

While many world leaders have dedicated themselves to the protection of cultural sites and antiquities, Trump would rather be counted among those who have, through history, ordered the destruction of humanity’s greatest and most cherished relics, including Hitler, ISIL’s Abu Bakr al-Baghdadi, the Taliban’s Mullah Omar, and the Mongol ruler, Hulegu Khan, who destroyed the city of Baghdad in 1258. Trump’s friends, the Wahhabist Khalifa royal family of Bahrain, ordered destroyed 43 Shi’a mosques in Bahrain, including the 400-year-old Amir Mohammed Braighi mosque.

Trump’s personality is not one that appreciates actual history, but only that which he dreams up in his head, “creating facts” by whimsy. In 1980, when Trump bought the historic Bonwit Teller building after the famed retailer’s Manhattan flagship store closed, Trump promised to donate the building’s iconic entrance Art Deco limestone reliefs and nickel grillwork to the Metropolitan Museum of Art. Trump, going back on his word, ordered the reliefs to be jackhammered to bits and the grillwork “disappeared.”

Just because Trump later changed his mind and said he would not target Iran’s cultural sites does not mean that he will not carry out such an evil deed. Trump enjoys hurting people, physically and mentally, and the Iranian nation may yet be treated like the curators of the Metropolitan Museum of Art by one of the world’s most evil men.