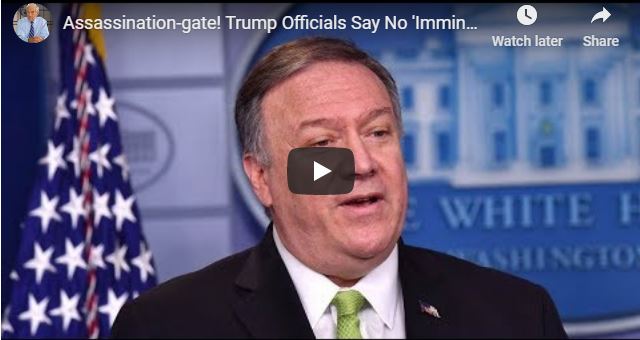 Trump officials – including Trump himself today – have been steadily pulling back from initial claims after the January 3rd assassination of Iranian top general Soleimani that he was killed because of “imminent threats” of attack led by the Iranian.

New evidence is emerging that the kill order had been given seven months ago and according to Israeli media, Netanyahu was directly involved in plotting the killing. Former CIA officer Phil Giraldi joins the Liberty Report to try and unpack the competing claims and whirlwind of lies surrounding the targeted killing.