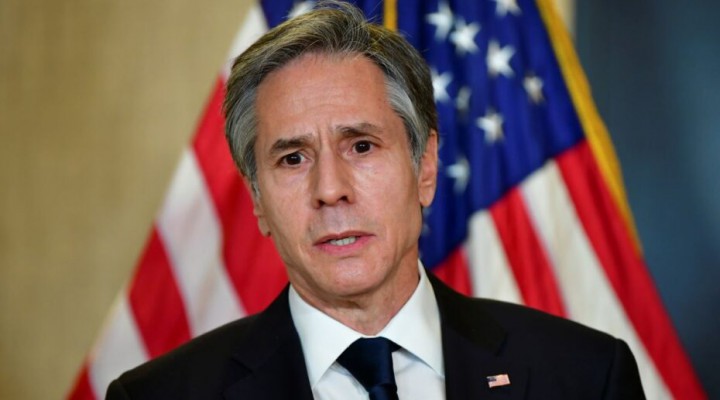 Blinken, who graduated from Columbia University with a law degree, is obviously not well suited in history or diplomacy. When it comes to Asia Political Science, he earns a failing grade.

When Director of the Central Foreign Affairs Commission Office of the Chinese Communist Party Yang Jiechi and State Councilor Wang Yi sat across the table from U.S. Secretary of State Antony Blinken at the Hotel Captain Cook in Anchorage, Alaska and were taken to task by Blinken for perceived Chinese human rights abuses in Xinjiang, Tibet, and Hong Kong, the Chinese side were apparently beside themselves in anger. Just a day before the Sino-U.S. summit, a 21-year-old fundamentalist religious fanatic – read that as a member of the political base of the racist ex-President Donald Trump – went on a shooting spree in the Atlanta Metro area that saw Asian-operated spas as the targets. The shooter killed six Asian women, two from China and four from Korea. The Atlanta shooting spree came after 3800 hate crimes against Asians in the United States were reported to have occurred in the past year and during the coronavirus pandemic.

Meanwhile, Blinken, dusting off the old and discredited “R2P” (Responsibility to Protect) playbook from the Barack Obama administration, lectured the Chinese government delegation on China’s policies toward Muslims in Xinjiang, pro-democracy protesters in Hong Kong, and Tibetans. The essence of the private talks between the two sides was said to have been contentious and that was obvious from Yang’s public statement, in which he berated the United States for its utter hypocrisy. Yang said, “We believe that it is important for the United States to change its own image and to stop advancing its own democracy in the rest of the world,” adding, “Many people within the United States actually have little confidence in the democracy of the United States.”

After an attempted January 6 right-wing militia coup d’etat in Washington, DC a racially-inspired massacre in the state of Georgia that saw six Asian women singled out for murder by a right-wing lunatic, Yang had an extremely valid point. Yang could have pointed out to Blinken and President Joe Biden’s national security adviser, Jake Sullivan, that Donald Trump, who failed to acknowledge his electoral loss to their own president, spent a year describing the coronavirus as the “Wuhan flu,” the “Chy-Na virus,” and “Kung flu.” In fact, the sheriff’s spokesman – and former Blackwater mercenary – for Cherokee County, where the Atlanta shooter lived, was suspended from his position for advertising “Chy-Na virus” shirts on his social media page. The fact that Blinken, Sullivan, and the others would have gone on with their prepared “human rights” lecturing of the Chinese diplomats after the Atlanta massacre is an indication that the initial foreign policy steps of the Biden administration are as out-of-tune as an old piano.

Yang also appeared to have invoked the characterization of the United States by Chinese Communist Party Chairman Mao Zedong as a “paper tiger.” Yang said, “Let me say here that in front of the Chinese side, the United States does not have the qualification to say that it wants to speak to China from a position of strength . . . the U.S. side was not even qualified to say such things, even 20 years or 30 years back, because this is not the way to deal with the Chinese people.”

Blinken, who edited an art magazine as an undergraduate student at Harvard and later graduated from Columbia University with a law degree, is obviously not well suited in history or diplomacy. Throughout history, Chinese emperors, warlords, and party chairmen have taken a dim view of Western nations that have sought to subjugate or lecture China. When it comes to Asia Political Science, Blinken earns a failing grade. And one wonders whose idea it was to hold the first Biden administration meeting with China at a hotel named for the British explorer Captain James Cook? Cook was the 18th century British sea captain and explorer who mapped the Pacific solely for the purpose of expanding the British Empire.

Cook also had disastrous dealings with many of the Pacific islanders he encountered, from the Maori of New Zealand and the indigenous Gweagal of Australia to the Tahitians and the Hawaiians. The Chinese are the masters of protocol and the selection of the Hotel Captain Cook by the American side was, very likely, taken by Beijing as a subtle insult. It should also be noted that Cook’s third voyage took him through the waters of the South China Sea, where he mapped some of the same islands that are claimed by China and which serve as another conflict point between China and the United States.

Blinken had previously called China the “most significant” threat to U.S. interests. For Yang and the Chinese delegation in Alaska, Blinken had already adopted some of the same policies of the Trump administration, which Yang called “misguided.” They were more than misguided. With racist anti-Chinese officials like Peter Navarro as his trade representative, Trump’s policies had been patently jingoistic and insensitive. That fact seems to have been lost on Blinken’s team when they flew into Anchorage and acted as if they were a hunting party ready to slay the Chinese dragon or, at least, bring it to heel.

Blinken met his match in his Chinese counterpart Yang. Yang is no stranger to the United States. He served as China’s ambassador in Washington from 2001 to 2005, a tumultuous period, particularly after the September 11, 2001 attack. Yang even earned a nickname from former President George H. W. Bush. Bush called Yang “Tiger Yang,” based on the year of his birth, 1950, the Chinese “year of the Tiger.” Evoking the Mao’s description of the United States as being nothing more than a “paper tiger,” Yang, who has a PhD in History, must have thought of himself as an actual tiger when confronting the pathetically unprepared representatives of the “paper tiger” in Anchorage.

The Chinese government is also acutely aware that two right-wing Chinese exiles, Li Hongzhi, the New York-based leader of the Falun Gong religious cult, and Guo Wengui, the New York-based chief of Guo Media and the main bankroller of Trump adviser Steve Bannon, have called for the overthrow of the Chinese government. What government would honestly have dealings with the Biden administration as long as two of the world’s wealthiest Chinese expatriates are using American soil to wage a propaganda war against China? Perhaps Mr. Blinken and his State Department team might put themselves in China’s position. If China were playing host to two wealthy right-wing American billionaires who were using Shanghai as a base to overthrow the Biden administration in order to place Mr. Trump back in the White House, how would the Biden administration react? The answer is obvious.

There is an old Chinese saying that if one suspects his neighbor of stealing his ax, all the behaviors of that innocent neighbor appear suspicious to him. As long as the Biden administration refuses to extradite, at the very least, Guo Wengui to China to face criminal charges of fraud, and permits Falun Gong to publicly call for the ouster of the Chinese government, while also calling the 2020 presidential election “stolen” from Trump, China can be expected to treat the United States with sustained wary suspicion.

Washington’s War on Huawei: Driven by Greed, Not “Security”