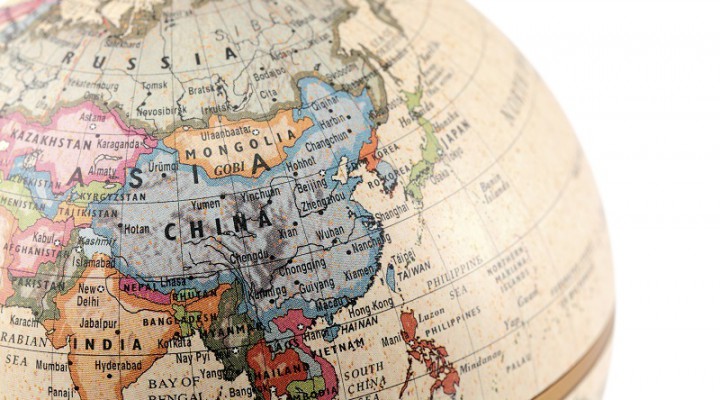 China’s new model of International Relations actually isn’t all that new but is basically a revival of the world order that the UN originally envisioned since its founding but which had yet to materialize due to the Cold War and America’s subsequently failed efforts to impose its unipolar hegemony.

Chinese Foreign Minister Wang Yi articulated his country’s new model of International Relations while speaking to journalists on Sunday during the ongoing two sessions gathering in Beijing. He credited the Central Committee of the Communist Party of China (CPC) for guiding China’s foreign policy and promised that it will always do everything to uphold the UN Charter’s principles of democracy, justice, equality, and multilateralism. About the last-mentioned one, Foreign Minister Wang reminded everyone that selective multilateralism is still group thinking, which slows down humanity’s irreversible march towards a community of shared future. It must be avoided, and all countries should embrace true multilateralism as envisioned by the UN instead.

China’s relations with the US must be based on the principle of non-interference in domestic affairs. In particular, the US must stop meddling in Taiwan, Hong Kong, Xinjiang, and the South China Sea. The Chinese nation’s reunification is inevitable, Foreign Minister Wang said, while all countries including China hold firm to the principle that only patriotic forces should be allowed to run for public office such as what is presently being proposed for the Hong Kong Special Autonomous Region. As for false rumors of “genocide” in Xinjiang, he encouraged the whole world to visit the region for themselves to see that its people are doing better than ever. With reference to the South China Sea, he condemned the US’ provocative “freedom of navigation” patrols.

Nevertheless, Foreign Minister Wang said that China hopes that the US will remove all obstacles for dialogue and cooperation. He reaffirmed that competition between the two is natural, but must be healthy, fair, just, and responsibly managed in pursuit of mutual enhancement. The diplomat quoted a Chinese saying about “seeking harmony without uniformity” to show his respect for systemic diversity in the world. All countries should be free to choose whichever model is best for them, whether that’s the Chinese, American, or some other one. None of them, however, should smear the others or aspire for supremacy. It’s only through these means that the whole world can truly embrace the philosophy of win-win cooperation.

About that, China’s engagement with the rest of the world is predicated on its vision of a community of shared future for mankind, which is brought closer to reality through the Belt & Road Initiative (BRI) and the country’s new development paradigm of dual circulation. BRI’s major projects such as its flagship China-Pakistan Economic Corridor (CPEC) have forged ahead despite the pandemic, even evolving to the point of creating the complementary Digital, Green, and Health Silk Roads. All of these initiatives embody multilateralness and openness, which are in full conformity with the principles of Xi Jinping Thought that form the foundation for China’s new model of International Relations.

Foreign Minister Wang also spent considerable time discussing China’s relations with each of the world’s regions. He refuted the false claims that China is trying to divide the EU from the US and said that China and the EU aren’t systemic rivals but civilizational partners with shared interests. The diplomat also defended last year’s Comprehensive Agreement on Investment (CAI) and said that it isn’t aimed against any third party. As for Africa, Foreign Minister Wang praised China’s ties with it as a model of South-South cooperation. Additionally, he pledged more support for its economic recovery, BRI projects, and COVID-19 vaccines. With regards to West Asia, he brought up China’s proposal for a multilateral Gulf dialogue platform to ensure peace and security.

China’s comprehensive strategic partnership with Russia sets an example of strategic mutual trust and has proven its resiliency in fighting against the dual COVID-19 and political viruses, including Color Revolutions and disinformation campaigns. Foreign Minister Wang announced that they’ll further synergize BRI and the Eurasian Economic Union, and both countries will continue upholding the UN-centric world order, multilateralism, and international law and norms. Ties with India are also important, he said, since cooperation between the world’s two largest developing nations is an integral component of what he predicted will be the Asian Century. As for ASEAN and Latin American ties, these are marked by COVID-19 cooperation, improved trade, and trust.

From all of this, it can be seen that China’s new model of International Relations actually isn’t all that new but is basically a revival of the world order that the UN originally envisioned since its founding but which had yet to materialize due to the Cold War and America’s subsequently failed efforts to impose its unipolar hegemony. This crucial observation debunks the false claims that China is a so-called “revisionist power”. It’s not “revising” anything, but rather is advocating for a return to the UN-enshrined principles of the post-World War II order, albeit with gradual reforms implemented in a responsible fashion to ensure greater representation for fellow developing countries. This model of International Relations will inevitably create a community of shared future.

US’ Futile Containment of China

Biden and the exploitation of the Chinese workforce