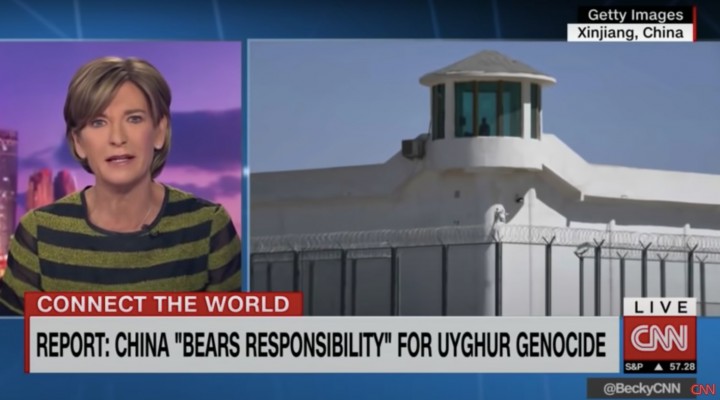 There’s a good viral thread being shared around Twitter right now by China Daily‘s Ian Goodrum compiling a small selection of anti-China mainstream media headlines in answer to the New York Times question “Why has there been a spike in anti-Asian hate”?

Goodrum confronts one with the possibility that the rise in hate crimes against Asian Americans cannot be comfortably filed away as merely the result of Donald Trump’s racist rhetoric while in office, but arises at least partially from a virulent propaganda campaign against the US empire’s leading opponent of which the liberal media have been enthusiastic participants.

“We are being bombarded with anti-China hate for a reason and it has nothing to do with human rights,” journalist Rania Khalek commented while sharing Goodrum’s thread. “This is just a tiny fraction of it. At the same time anyone who questions the state department narrative is being accused of loving tyrants and defending genocide. Sound familiar?”

We’re being constantly smashed in the face with anti-China narratives from the western media, and it’s important to think critically about why we are seeing these narratives as much as we think about whether those narratives are true. Why are we being told that China is dangerous over and over again day in and day out all of a sudden, while, for example, Israel’s constant bombing of Syria gets nary a mention?

The quantity of the reporting tells you as much as the quality. Even if a foreign nation actually is doing something bad, is it really something we need to be told about over and over again while far worse acts are perpetrated by our own government and its allies with scarcely any mention? Who benefits from this arrangement? We need to think about these questions.

The repetition of these negative stories has more of an effect than the contents of the stories themselves because of something called the illusory truth effect, an odd glitch in human cognition which leads our minds to mistake info we’ve heard repeatedly for fact. Just by repeating something over and over again, our minds can be tricked into believing that what we have heard is a verified fact and not a completely unconfirmed assertion.

This is why more and more people are accepting the narrative that China is a “genocidal regime”, for example. There’s no more proof of the claim that China is committing genocide than there was a year ago (in fact the claim is far more discredited now), but because the mass media have been repeating it endlessly you’re hearing far more people bleating that claim.

Someone just told me the US government would have no motive to lie about China. Uhhh… pic.twitter.com/xODEIwwtTm

Not only does the US empire have every motive in the world to lie about China as it prepares to surpass the American economy in a few years, it has every motive in the world to lie about Xinjiang specifically due to its unique role in China’s rise and the easily exploited divisions there. It is not a coincidence that the US removed the East Turkestan Islamic Movement (ETIM), a Uyghur group that’s been doing horrific things in Syria, from its designated terrorist group list just as it’s ramping up its campaign against China. This will be used to advance imperialist agendas.

After the fall of the USSR the neoconservative notion that the US must maintain unipolar planetary hegemony at all cost became the prevailing mainstream orthodoxy at the heart of the empire. China is the ultimate threat to this hegemony. As Michael Parenti has written:

The PNAC plan envisions a strategic confrontation with China, and a still greater permanent military presence in every corner of the world. The objective is not just power for its own sake but power to control the world’s natural resources and markets, power to privatize and deregulate the economies of every nation in the world, and power to hoist upon the backs of peoples everywhere-including North America-the blessings of an untrammeled global “free market.” The end goal is to ensure not merely the supremacy of global capitalism as such, but the supremacy of American global capitalism by preventing the emergence of any other potentially competing superpower.

Because hot conflict is taken off the table in cold war confrontations between nuclear powers, planetary-scale propaganda campaigns take on a much more prominent role to pave the way for each new escalation. That’s what we’re seeing in all this recent promotion of anti-China hysteria.

You can understand the establishment China narratives by grasping just two points:

1) We are in a slow-motion third world war between the US and its allies and the nations which have resisted absorption into this alliance.

2) Propaganda is used to move this slow-motion war along.

Understand these two points and you can understand the entirety of why the western political/media class is behaving in the way that it is when it comes to international news. With China, and with all nations which have resisted absorption into the imperial blob.

US’ Futile Containment of China