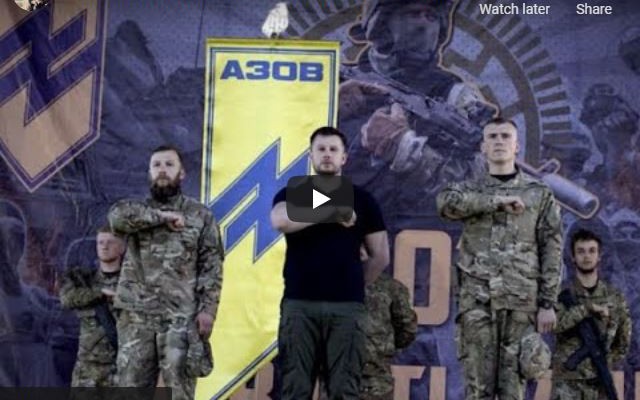 How does Israel and one of the largest and most powerful Ultra Orthodox Zionist organisations merge with Ukrainian nationalism and state-sanctioned Nazism?

How does Israel and one of the largest and most powerful Ultra Orthodox Zionist organisations merge with Ukrainian nationalism and state-sanctioned Nazism?

In this deep dive with historian and author Matt Ehret we examine the history of Zionism in Ukraine and the origin of many of the Zionist ultra nationalist groups now occupying Palestinian territory since the Nakba (ethnic cleansing of Palestine) in 1948.

We look at the emergence of the Chabad Lubavitch sect that was established before Zionism came into existence and has its origins in Ukraine – now with 10,000 emissaries in 100 countries at the cutting edge of Zionist expansionism. This group is believed to be responsible for the majority of the price tag attacks in occupied Palestine, denies the right to return for all Palestinians and leads the ideological war against non adherents of Judaism.

We make the link between this secular ultra nationalist ideology and consider how it is mutually inclusive of the Ukrainian far right and Nazi elements that now dominate Ukrainian politics, military and police. Matt analyses the Oligarchical power base behind these cults and how it ties into the Great Reset/WEF agenda that is threatening Humanity.