HOME / Multimedia / The Origins of Ukraine’s Fascists & Why It Matters 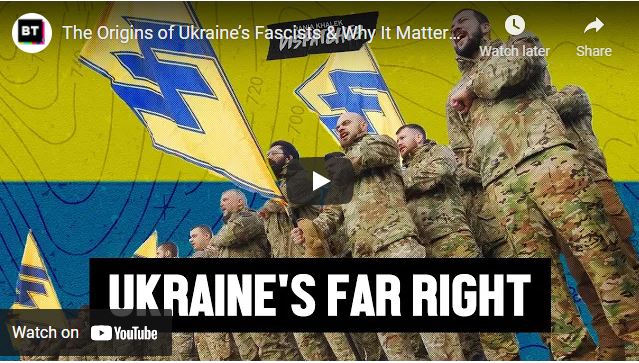 For those who just discovered Ukraine two months ago, the fact that Ukrainian nationalism has been dangerously intertwined with fascism might sound like Russian propaganda. But is it?

How powerful is the Ukrainian far right? Are they really linked to Nazis? Why is the corporate-owned media denying this?

To place this war and the Ukrainian far right in its historical context, Rania Khalek was joined by Tarik Cyril Amar, a historian from Germany, who is currently associate professor of history at Koc University in Istanbul, working on Russian, Ukrainian, and generally East European history.

Pretending to be a Refugee: Notorious Nazi Taira captured in Mariupol