HOME / WORLD / Enough of the Genocidal Siege on Syria!

Enough of the Genocidal Siege on Syria! 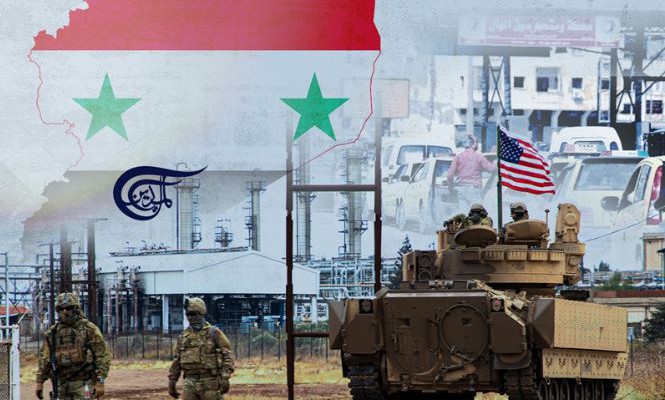 The UN rapporteur on the impact of Unilateral Coercive Measures, Ms Alena Douhan, has called for an end to US and EU UCMs which inhibit the rebuilding of Syria’s civilian infrastructure, destroyed by the conflict.

Enough of this genocidal siege on Syria! Imposed on false pretexts, it has failed to achieve Washington’s desired aim of ‘regime change’, because the Syrian people have defended their country. Now the economic blockade only serves to punish and starve the entire nation.

Let’s be honest, these ‘sanctions’ on Syria are really unilateral coercive measures (UCMs), from the USA, Europe and other collaborators in this dirty war. They are UCMs which breach international law in several respects. Even where actual UNSC sanctions have been imposed, as on the majority of the Yemeni people, that country suffers what has been called “the world’s worst humanitarian crisis”. Syria is not far behind.

International agencies have reported on the catastrophic impact of this siege in Syria and Yemen. Despite theoretical ‘humanitarian’ exemptions under both US and European coercive regimes, the U.S. strangle hold on finance means there is a severe impact on essentials in Syria, such as food, medicine and energy. The W.H.O. in 2017 reported that unilateral US-EU ‘sanctions’ damage children’s cancer treatment in Syria and medical studies have condemned coercive ‘sanctions’ on Syria for their damage to COVID-19 prevention and treatment.

The UN rapporteur on the impact of Unilateral Coercive Measures, Ms Alena Douhan, has called for an end to US and EU UCMs which inhibit the rebuilding of Syria’s civilian infrastructure, destroyed by the conflict. “The sanctions violate the human rights of the Syrian people, whose country has been destroyed by almost 10 years of ongoing conflict,” said Ms Douhan.

The clear aim has been ‘to starve and cause desperation’ amongst large populations – as was said openly about Washington’s blockades on Cuba and on Iran. The siege wants to inflict ‘deliberate harm’, in the hope of coercing political change. But only the harm prevails.

And Syria is still under foreign military occupation, with the Syrian peoples’ land and basic resources being stolen by the Israeli regime and the two largest NATO armies, those of the USA and Turkey.

U.N. Secretary-General Antonio Guterres has acknowledged that 90% of the Syrian population is living in poverty. This is all because western powers have waged war, aided by masses of false propaganda and economic siege, in futile efforts to change the government in Damascus.

Enough must be enough. Even if the paranoid and dangerous regime in Washington cannot see past, its failed ambitions, others must try. Why should the Europeans, the Canadians, the Australians and others keep participating in this criminal siege? It took a decade to lift the deadly sanctions on Iraq. Will millions more suffer just to satisfy western vanity?

0 thoughts on “Enough of the Genocidal Siege on Syria!”