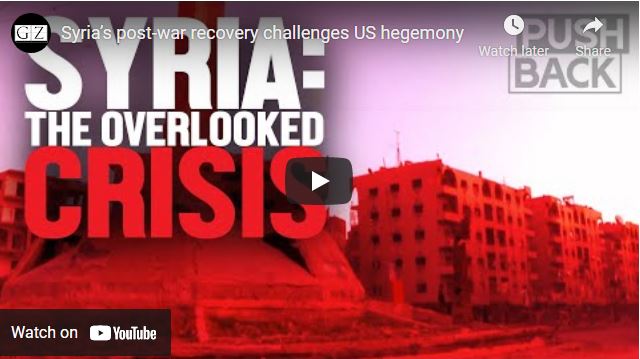 After defeating the US and its allies’ decade-long dirty war, Syria is finding ways to rebuild under US military occupation and crippling sanctions/economic warfare.

Author Tim Anderson discusses Syria’s post-war recovery under sanctions and occupation; routine Israeli bombings and Russia’s failure to stop them; Syria joining China’s Belt and Road Initiative; and, in the wake of recent New York Times exposes on deadly US airstrikes that were covered up in Syria, how the US used ISIS as a tool for regime change while claiming to fight it.

Guest: Tim Anderson. Writer, academic, and Director of the Sydney-based Centre for Counter Hegemonic Studies. His books include “The Dirty War on Syria” and “Axis of Resistance.”

Discussed in this segment:

Aaron Maté: “To keep troops in Syria, US leaders are lying like in Afghanistan”
https://mate.substack.com/p/to-keep-t…

See also this new NYT exposé, published after this interview was recorded: “A Dam in Syria Was on a ‘No-Strike’ List. The U.S. Bombed It Anyway.”
https://www.nytimes.com/2022/01/20/us…