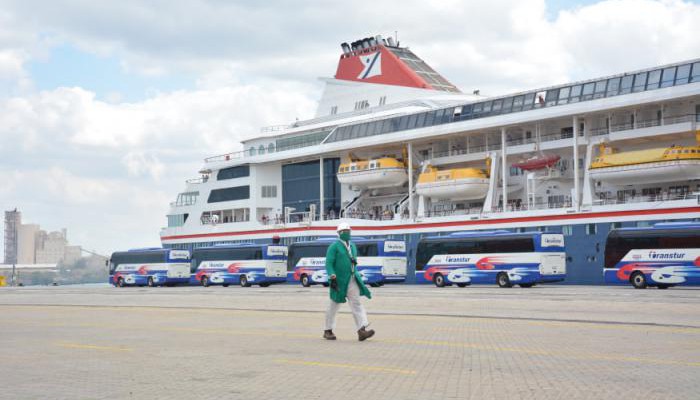 On 19 March two cruise ships with COVID19 infected passengers and crew were evacuated, one in Havana and the other in Sydney. The first evacuation, of the Braemar, was so successful and uneventful that it barely raised a ripple in the world media. The second, of the Ruby Princess, led to at least 21 deaths, 700 infections and a criminal investigation.

Why was there such a big difference and what can we learn from this contrast?

The evacuation of the British-American cruise ship Ruby Princess, with 2,700 passengers and 1,100 crew, was an unmitigated disaster and with the worst outcomes of all 28 cruise ship epidemics in early 2020. The ship returned early to Sydney after 13 passengers reported respiratory problems. COVID19 tests were taken of the sick passengers but on 19 March the other 2,700 were allowed to leave, apparently without proper health checks. Those people are now known to have spread the virus across Australia. A month later 190 crew had become infected and it was reported that this mismanaged evacuation was responsible for more than 10% of all COVID19 infections in Australia.

Responsibility for the Ruby Princess disembarkation was shared between the ship, the Australian Border Force and the NSW State Department of Health. The NSW police investigation of the incident arises because of “discrepancies” between versions of events given by the cruise line and the state agencies. The police will look for breaches of the law, but may not have much of a role in the oversight of failures in public health management.

Evacuation of the British-owned Braemar, on the other hand, was a successful operation. This ship had 682 passengers and 381 crew. After one disembarked passenger in Canada tested COVID19 positive, five more were detected on board. With this public knowledge, the British ship was refused disembarkation permission in Barbados and The Bahamas, even though both island-nations are members of the British Commonwealth. It was also refused access to Sint Maarten, a small Dutch territory. Finally, Cuba allowed access.

On 16 March Cuban Foreign Affairs announced that it would:

“allow the docking of this vessel [Braemar] and will adopt established sanitary measures to receive all citizens on board, in accordance with protocols established by the World Health Organization (WHO) and the Cuban Ministry of Public Health”

That meant thorough testing, sanitary protection measures and contact tracing. At this stage there had only been a handful of COVID19 infections in Cuba, including the death of one Italian tourist. Just a few days earlier Cuba had developed a national strategy to deal with the virus, in coordination with the regional branch of the WHO, the Pan American Health Organisation.

This evacuation of around 700 people involved 43 Cuban doctors, port officials and bus drivers. Passengers were given medical check-ups, protective equipment and then taken to Jose Martí Airport to board four aircraft for the United Kingdom. Cuban authorities said any persons too sick to travel could remain under care in Havana. A British paper said a group of about 80 were sent to a British Ministry of Defence isolation hospital at Boscombe Down in Wiltshire. That group comprised two passengers and four crew plus 28 passengers and 27 crew who had already been quarantined, along with isolated passengers’ partners. There have been no reports of any deaths from the Braemar.

After that evacuation the 43 Cuba workers involved in the operation were placed in an isolation hospital near Matanzas for two weeks. On 2 April, as they returned to their families, the 43 were met with a warm welcome at La Cujae University, 30 kilometres east of Havana, “to avoid large crowds of people” and thus any further infection risk. All tested negative to COVID19 infection and none showed any fever or other symptoms during those 14 days.

Peter Deer, on behalf of the Braemar owners, expressed his “most sincere thanks to the Cuban authorities, the port of Mariel and the Cuban people for their support”. British Ambassador Anthony Stokes was effusive, expressing his “immense gratitude and that of my country” for the Cuban operation. Ambassador Stokes addressed “the 43” in impeccable Spanish, saying:

“I highly appreciate the courage and humanism of those who decided to be in the front line, knowing that this would be a complex and delicate operation, and that later they would have to be two weeks in isolation, separated from their families and dear ones. I am profoundly happy to know that, today, they have returned to their home, safe and sound … During Operation Braemar I was witness to the numerous qualities of the Cuban people, their humanitarian principles, friendliness and industriousness, facets of the Cuban character which I have come to know and love.”

So what are the lessons from the Havana operation, and what made it so different from the Sydney fiasco?

Dr. Francisco Durán García, National Director of Epidemiology in Cuba’s Ministry of Health, said that the final safety of the health workers “demonstrated the effectiveness of the strict measures taken during the operation, amongst others the isolation of the exposed personnel”, which included bus drivers and port workers as well as health professionals. Cuban journalist Jose Díaz Pollán added that “each one of these people had effective protective equipment”.

There are good and well equipped health workers in Sydney, too. However it seems evident that the effective coordination employed in Havana was lacking in Sydney. Cubans often speak of “inter sectoral coordination”, which means strong links between education, health, transport, police and other authorities, in priority matters. This is often decried in western countries as the ‘authoritarian’ nature of socialist systems. But inter-sectoral coordination works well in public health, and that was clearly lacking in Sydney.

[3] Bellew, Lesley (2020) ‘’Quarantines and cancelled tours – but at least we get free drinks’: A diary on board a cruise hit by coronavirus’, The Telegraph, 19 March, online.

[4] Cockburn, Paige (2020) ‘How the coronavirus pandemic would look in Australia if Ruby Princess had never docked’, ABC, 23 April, online.

One thought on “A Tale of Two Cruise Ships: The Cuban Difference”