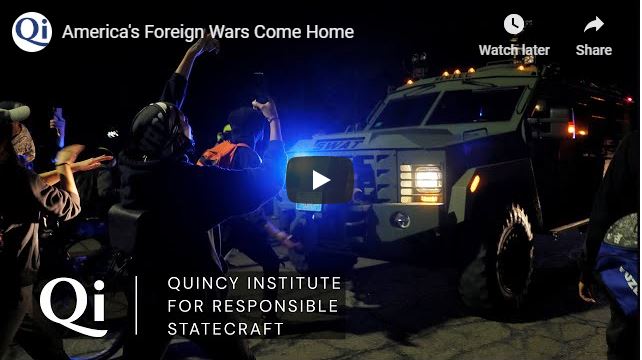 Quincy Institute for Responsible Statecraft– The militarization of America’s police force stretches back to the 1970s, but in the post-9/11 era, it has reached a new level.

Police forces have been militarized with equipment, training and tactics forged in the country’s wars abroad.

If the police see themselves as soldiers and the neighborhoods they patrol as battle space, then ordinary American citizens are the enemy. Figuratively and literally, our foreign wars have come home.