HOME / SOCIAL/CULTURAL / Police, Protests, And Human Transformation: Notes From The Edge Of The Narrative Matrix 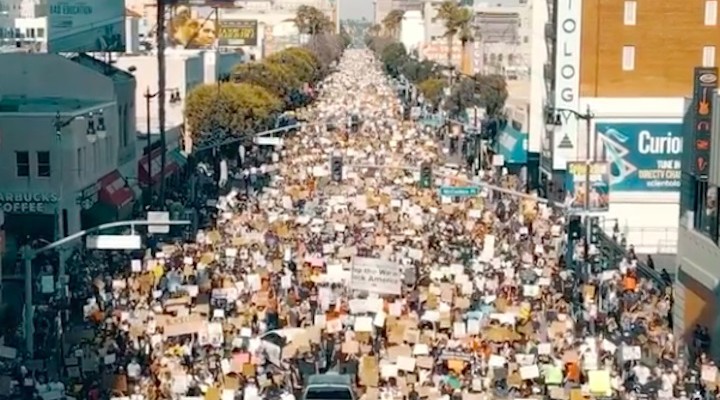 One of the many good things coming out of these protests is a widening mainstream awareness of what a garbage president Obama was.

“Without the police you’d have vigilantism!”

Vigilantism? You mean like when a band of armed thugs inflict extrajudicial violence upon someone who pissed them off? Like the police do constantly?

Mainstream America learning that their country is a militarized authoritarian police state is not what the narrative managers wanted. Blows my mind that this isn’t more obvious to more analysts.

There are two ways of looking at these protests:

If you believe #1 then the establishment institutions expressing support for the protests are doing so because they like them. If you believe #2 then they’re doing it with the goal of mollifying, neutralizing and co-opting (see entire Obama administration). Given that we’re talking about a dying empire, #2 seems much more likely to me.

Like everything else, this debate often boils down along boring partisan lines: you’re more likely to believe #1 if you support the Republican president and his allies, because you believe (wrongly) that the establishment wants to get rid of him.

I haven’t seen any solid arguments for why elite manipulators would want the rank-and-file mainstream population made aware that they are living in a militarized authoritarian police state. Standard operating procedure for the narrative managers has always been to keep people asleep to that reality.

Tons of people really seem to believe that the powers that be are fomenting massive protests with the goal of getting rid of Trump, so they can replace him with Biden, who as far as establishment agendas go is functionally indistinguishable from Trump. Why go to all that trouble?

From a narrative management perspective, these protests are hugely destructive to establishment agendas. Why would they spread public awareness that Americans live in an authoritarian police state, and create horrible footage of oppression during a cold war with Russia and China?

Just from that point of view alone it’s a tremendous amount to sacrifice, in exchange for what? A president who’s functionally the same as Trump in every way that matters for establishment power structures? That’s silly. It makes no sense.

It’d take an entire operating room team to extract the boot from the throats of all the sycophantic morons defending indefensible acts of police brutality in my social media notifications right now. It’s just unbelievable the mental contortions people will pull off to try and make unjustifiable assaults sound justifiable. I knew it was bad, but I didn’t realize it was this high-octane psychotic.

It’s stupid how often in this job I have to say “Murdering is bad. Don’t murder people.” It’s starting to feel like everything I talk about, from war to economics to healthcare to police brutality drills down to this. I don’t care what you want, don’t kill people. Jesus.

Democrats and Republicans are bad.

If mainstream liberals and conservatives applied the same standards and scrutiny to their own government that they apply to governments targeted by western imperialism, they’d be radical leftists.

Politics are so dumb. Like we know we’re all gonna either die in some kind of horrible armageddon pretty soon or figure this thing out and learn to live in harmony, but for now we gotta act all hatey with huge groups of people even though we know it’s about to be a moot point.

We don’t get to just skip the part where we heal society’s racial wounds. It does need to happen. We don’t get to wave it off with a “Yeah I learned racism is bad in school, let’s talk about other stuff.” Healing takes work, and it does need to get done for there to be progress.

The more I learn about the human condition, the clearer it becomes that the principles of individual healing apply to collective healing as well. I have learned that an individual can experience a sudden, drastic shift in consciousness. I see no reason the collective can’t also.

Of course humanity is capable of a transformative leap into health and maturity. Of course it is. The only people who doubt this are those who haven’t yet made such a leap in their own lives.

0 thoughts on “Police, Protests, And Human Transformation: Notes From The Edge Of The Narrative Matrix”