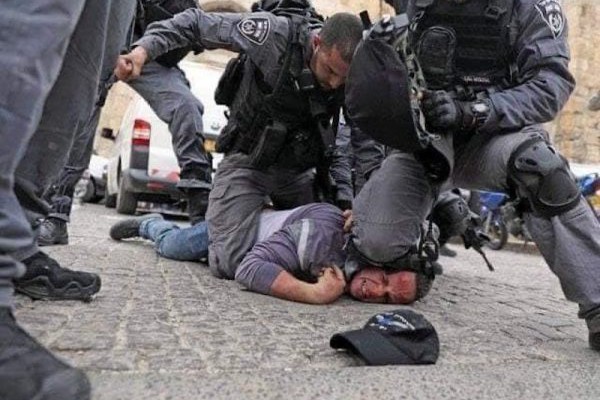 The killing of black man George Floyd by white Minneapolis police officer Derek Chauvin has produced the highest level of national unrest seen in the United States since the 1960s. Tens of thousands of protesters are demonstrating against racism and perceived police brutality. As it also comes at a time of coronavirus pandemic and record unemployment, it has the potential to change the U.S. in fundamental ways. The core issue is that many on the left, as well as some on the right, see America’s police as something like an “occupying force,” increasingly self-serving enemies of the people rather than careful protectors of the taxpayers’ lives and property.

There are already calls to “defund” the police in an attempt to strip local forces of responsibilities and resources that have little to do with community policing relative to actual crime rates, which are low nationwide. And the concept of community itself is under scrutiny and is itself being “reimagined” in an effort to compel police forces and the citizens they interact with to work together more cooperatively for the good of all.

History teaches us that changes in seemingly entrenched attitudes and beliefs occur regularly, though they can sometimes move glacially slowly. Meanwhile, some loony birds on the left are also promoting more radical schemes. One of the more amusing was posted up recently by Alyssa Rosenberg at the Washington Post. Rosenberg maintained that it is now time for Hollywood and the entertainment media to get involved by shutting down all movies and television series that present the police in a positive light.

Rosenberg puts it this way “…there’s something Hollywood can do to put its money where its social media posts are: immediately halt production on cop shows and movies and rethink the stories it tells about policing in America. For a century, Hollywood has been collaborating with police departments, telling stories that whitewash police shootings and valorizing an action-hero style of policingover the harder, less dramatic work of building relationships with the communities cops are meant to serve and protect… The result is an addiction to stories that portray police departments as more effective than they actually are; crime as more prevalent than it actually is; and police use of force as consistently justified. There are always gaps between reality and fiction, but given what policing in America has too often become, Hollywood’s version of it looks less like fantasy and more like complicity.”

Rosenberg has a point, but television shows and movies are fiction and most people are quite capable of watching an entertaining story and not having it become a substitute for reality. And there is nothing particularly wrong in believing that cops should be good guys who solve serious crimes, which is in fact what many police officers actually do. She instead calls for more portrayal of cops as do-little-or-nothing jerks who spend most of their time writing traffic tickets and typing up reports. If she had been around in the nineteenth century, she would no doubt have been conventionally liberal knee jerk antiwar, if such existed at the time. She would have advised Leo Tolstoy to have his Russian soldiers in War and Peace spend most of their time peeling potatoes, smoking and bitching rather than marching off in columns heroically to confront Napoleon at Austerlitz.

One issue that has surfaced in a number of places is the militarization of police, which has been a reality of “maintaining public order” and “fighting terrorism” since 9/11. Police now receive surplus military equipment, to include armored cars, body armor and automatic weapons. One wonders, for example, what my semi-rural county here in Virginia has been doing with its armored car, which, as I recall, the local sheriff’s department did not even want. Ordinary policemen are also increasingly trained in anti-terrorist tactics, to include the increasing deployment of swat teams to perform actions that are not necessarily confrontational, to include serving warrants and collecting fines on library books. Many innocent civilians of all races have been killed as a result.

The militarization of American law enforcement has been in a sense institutionalized through programs set up by the federal government and the states to train with Israeli police, a mentoring relationship established by Michael Chertoff when he was Secretary of Homeland Security. Joint training programs run in Israel are being used to indoctrinate American police forces and are difficult to comprehend as related to normal policing as the Israelis are clueless when it comes to conducting investigations or protecting all of their country’s citizens. Israel’s cops are at the forefront of state violence against Palestinians as well as serving as protectors of rampaging heavily armed settlers who destroy Arab livelihoods so they can steal their land. The Israeli police are also quite good at using the “Palestinian chair” for torture when they are not shooting Arab teenagers in the back. They also invented skunk water, a disgusting smelling chemical spray initially used against Arab demonstrators, and were the first major police force to regularly employ so-called rubber bullets, which can kill or maim.

In fact, there have been suggestions that certain American policemen might well be picking up some unanticipated pointers from the Israelis. Georgia has been experiencing a surge in officer involved shootings, nearly half of the victims being unarmed or shot from behind. As this has unfolded, the state continues to pursue a “police exchange” program with Israel run through Georgia State University.

The police “exchange programs” began twenty-seven years ago in 1992 and are paid for through grants from the U.S. Department of Justice as well as from the state and local governments. Reportedly “law enforcement from [a number of] U.S. states have participated in the program, including those from Tennessee, Alabama, Arizona, Arkansas, California, Florida, Georgia, Indiana, North Carolina, Kansas, Kentucky, Louisiana, Michigan, Mississippi, Nevada, Michigan, New Jersey, New York, New York, North Carolina, North Dakota, Ohio, Oklahoma, Pennsylvania, South Carolina, Texas, Utah, Virginia, Washington, Washington, D.C., and West Virginia.” In some states and local jurisdictions, the Israel exchange program is managed by the Anti-Defamation League, which also sponsors propagandistic seminars on Israeli “counter-terrorism” practices throughout the U.S.

Some states and cities, however, concerned over being linked to Israel’s militarized police forces and their brutal occupation of Palestinian land, are beginning to withdraw from the training program. Recently the Vermont State Police, the Northampton, Massachusetts police department and the Durham North Carolina city police have canceled their planned training in Israel.

There has been particular concern expressed over the Israeli “us-versus-them” dual track mode of policing where the 20% of the country’s citizens that are Arab are regarded as an enemy while the settlers who prey on the Palestinians are automatically protected by police solely because they are Jewish. Selective policing based on race or ethnicity might be another gift from Israel that visiting American policemen bring home with them. In Israel, lethal force is frequently resorted to on a “shoot-to-kill” basis in any incident involving Arabs and Jews, even when there is no serious threat.

A favorite technique used by the Israeli police to subdue an Arab is the very knee on neck used by Derek Chauvin that killed George Floyd. Minnesota has been actively involved in training its police with the Israelis, to include participation by over 100 officers in a 2012 conference in Minneapolis hosted by Israel’s Chicago consulate. There, they learned the “restraint procedures” employed by Israelis. The conference was jointly hosted by the FBI, the facilities were provided by the city, and the meeting itself was funded by the federal government and the state.

While it is not known if Chauvin actually underwent the specific training, the Israeli techniques have made their way into the city’s police manual, which has been, not surprisingly, removed from online. An archived copy of the relevant section on how to control someone who is resisting arrest does still exist however and can be viewed at this site. It includes “Minneapolis Police Department Use of Force Policy: 5-311, Use of Neck Restraints: Non-deadly force option. Defined as compressing one or both sides of a person’s neck with an arm or leg, without applying direct pressure to the trachea or airway (front of the neck).” There are admittedly some caveats on the use of the technique, but it is generally approved for use in subduing someone who is resisting arrest, which may plausibly have been the case with Floyd.

That all means that Officer Derek Chauvin used a technique taught to American police by Israeli trainers even if his judgement can be seriously faulted in terms of how he did it and how long her sustained it. He may have received the training with the full cooperation and financial support of both the Federal government, the government of the state of Minnesota and the city of Minneapolis. His lawyers will be able to argue, which they surely will, that he used a technique that was endorsed by the city of Minneapolis’s police manual and was also part of officer training with Israel. This makes for an interesting back story and an unbiased judge and jury, if that can be found anywhere on the planet, just might find Chauvin and his three colleagues innocent, which would be a travesty but inevitable in a system where police have effectively been trained and licensed to kill.

One thought on “Militarized Police a Gift from Israel?”