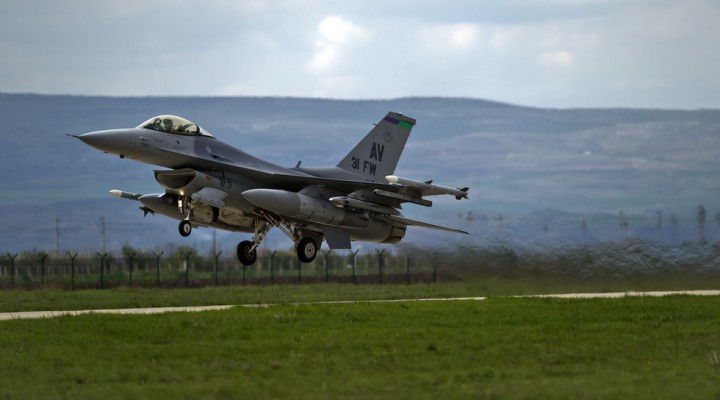 Would-be congressional hawks have inserted an amendment in the defense spending bill calling for more US military troops in eastern Europe and the Black Sea. Congress, however, is writing checks the Pentagon can’t cash.

Inan article published by Responsible Statecraft, the online magazine of the Quincy Institute, Anatol Lieven, a senior research fellow on Russia and Europe at the institute, comments on the ‘Sustaining Deterrence in Europe’ amendment to the Defense Authorization Act 2022. The amendment reads as follows:

“The [House Armed Services] Committee directs the Secretary of Defense, in consultation with the service secretaries, to submit a report to the congressional defense committees not later than March 15, 2022, on the Department’s strategy for enhancing the United States forward presence on NATO’s eastern periphery, to include assessments of possibilities for potential force structure enhancements at a minimum in Romania, Poland, and the Baltic states, along with options for enhanced deterrent posture in Ukraine.”

The amendment’s supporters believe it is justified by the need for deterrence against “Russian aggression on NATO’s eastern flank.” In Lieven’s view, the amendment is “the very worst of congressional intervention in foreign and security policy.”

In any other universe, perhaps, it is so. But the reality is that the amendment in question has no political weight or gravitas; the last time anyone in the US military looked upon their command wall, there were no photographs of any members of Congress portrayed as being in their chain of command. True, Congress possesses the power of the purse, and as such funds the Department of Defense, but major policy decisions, including the specific breakdown of force structures involved, are the sole purview of the Executive Branch. The ‘Sustaining Deterrence in Europe’ amendment is akin to a neighborhood dog barking at the wind – irritating, but of no consequence.

Congress does not fund strategies – it funds structure. And the structures mentioned in the ‘Sustaining Deterrence in Europe’ amendment have already been funded. Take, by way of example, the US force structure operating in Romania. This includes the US Aegis Ashore Missile Defense System Romania (USAAMDSRO), located on Naval Support Facility (NSF) Deveselu; the January 2021 deployment of a 90-person US Air Force MQ-9 ‘Reaper’ drone unit to Campia Turzii Air Base in central Romania for a period of several months; funding totaling $152 million to transform Campia Turzii into a major hub for NATO aircraft deployed to the Black Sea region; and an additional $81.6 million has been allocated to transform Soviet-era facilities at Mihail Kogalniceanu (MK) airport into a forward operating base capable of supporting US Army deployments. The Campia Turzii and MK expansion projects are still ongoing.

The notion that the Department of Defense would, at the direction of Congress, alter existing structures and force enhancement operations to appease the Napoleonic complexes of Congressional members is laughable. Even once the structural improvements at Campia Turzii and MK are complete, the US Air Force and US Army ability to rotate forces through these facilities on a regular basis is limited by their own respective force structure shortfalls – neither the Army or the Air Force is in a position to commit more forces than they already have (a rotating fighter squadron for the Air Force, and a rotating battalion for the Army) without impacting operational support requirements elsewhere in the world.

This was the problem faced by the US Marines, which until recently rotated a battalion-sized unit through Romania as part of the Black Sea Rotational Force, or BSRF. However, when the US decided to up its commitment to the Arctic north, the Marines were compelled to shut the BSRF down in order to reallocate those units in support of the new mission.

Similar analysis can be made for existing US military force structures allocated to the Baltics and Poland, as well to the ongoing training mission in Ukraine. The deployment of US forces in support of operational and training requirements has been carefully planned in accordance with existing fiscal and structural realities. Void of any massive rise in funding on the part of Congress to include billions of dollars for increased manpower and equipment, the current force projection capabilities of the US military in support of its commitments in eastern Europe and the Black Sea region are maxed out.

One can expect that the secretary of defense’s required report to Congress under the ‘Sustaining Deterrence in Europe’ amendment will reflect this reality.

Another reality is that the US does not operate in a policy vacuum. Not only must its NATO allies be consulted regarding any planned increase in force structure on the soil of allied nations, but the cause-and-effect relationship such deployments might have to any potential alterations in adversary force structure, disposition, and posture (i.e., the Russians) must also be taken into consideration. Current US force projection in Europe serves little more than a rudimentary deterrent value; in any imaginable scenario involving a ground war in Europe, Russian forces would overrun and destroy US and NATO forces, whether the fighting takes place in eastern Europe or the Black Sea.’

The Russian ability to mobilize at a moment’s notice up to, reportedly, 100,000 combat-ready troops along its border with Ukraine, proven this past spring, served as a wake-up call to US and NATO military commanders, who realized that they had no meaningful military counter capable of responding. The fact that Russia could replicate this kind of force surge in the Baltics and eastern Europe has likewise registered.

The US Congress may be impervious to reality, but US military planners are not. Besides taking the time of a dozen or so mid-level action officers who will be tasked with preparing a response for Secretary of Defense Austin to present to Congress on or before March 15, 2022, the Pentagon will not lose any sleep over the amateurish posturing of publicity-hungry members of Congress.

Checkmate fighter puts Russia ahead of the game

0 thoughts on “Will US Congress’ anti-Russia posturing result in increased American military presence in eastern Europe?”