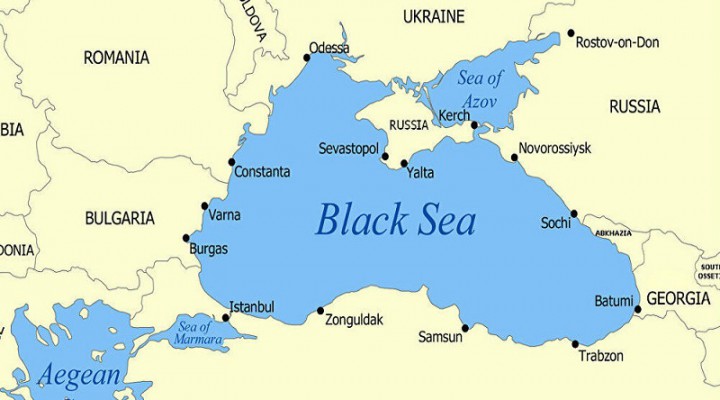 The British Navy’s violation of Russia’s Black Sea maritime border on Wednesday was a dangerous attempt to sabotage Russia’s rapprochement with the West by provoking an international security incident between these nuclear-armed Great Powers.

The world was shocked on Wednesday after reports came streaming in that Russian fighter jets and ships fired off warning shots at the British Navy after the latter violated the Eurasian Great Power’s maritime border in the Black Sea. For its part, London denied that any such warning shots were fired and insisted that it behaved within international norms. Moscow immediately countered by accusing the UK of lying, which seems to be the most accurate interpretation of reality after a BBC journalist’s account conforms with Russia’s. The UK doesn’t recognize Crimea’s democratic reunification with Russia though, hence its claim that everything it did was “legal”. This observation very strongly suggests that the UK was deliberately trying to provoke an international security incident with Russia, which raises the question of why it would do so.

While it can’t be known for sure, it might very well be the case that the UK wanted to sabotage Russia’s rapprochement with the West after last week’s Geneva Summit. That event brought together Presidents Putin and Biden, who both agreed that it’s time to de-escalate tensions between their countries and more responsibly manage their comprehensive competition with one another. The outcome of that scenario successfully unfolding could increase the UK’s post-Brexit strategic isolation, especially if it results in a complementary Russian-EU rapprochement as well. Speaking of which, it might be more than a coincidence that the UK’s dangerous provocation against Russia occurred just hours before reports came in that French President Macron and German Chancellor Merkel are considering inviting President Putin to a European leaders summit sometime in the coming future. The UK might have been tipped off and sought to sabotage it.

Readers should remember that the UK has been waging a fierce Hybrid War against Russia for the past couple of years. I hyperlinked to six of my relevant analyses in a piece two months ago asking “Are The British Behind Czechia’s Surprise Decision To Expel Russian Diplomats?”, which should at the very least be skimmed by anyone who’s interested in this topic. My argument is that empirical evidence very strongly suggests that the UK is acting as the US’ anti-Russian attack dog in continental Europe after Brexit, but considering the recent geopolitical twist of the publicly expressed desire from both Washington and Moscow to repair their immensely damaged relations after last week’s Geneva Summit, it’s entirely possible that London is “going rogue” to an extent. Either that, or it’s more powerfully under the influence of the remaining anti-Russian faction of the US’ permanent military, intelligence, and diplomatic bureaucracies (“deep state”).

The UK, just like Poland, mistakenly bet everything on the US continuing its anti-Russian grand strategic course. London invested heavily in expanding its hybrid capabilities in Central & Eastern Europe (CEE), in particular Latvia, from where it runs a regional disinformation network. It therefore might have understandably felt left in the lurch in light of recent developments. Not only that, but former MI6 agent Christopher Steele’s leading role in the factually debunked Russiagate conspiracy theory’s origins hints at the close working relationship between British intelligence and the anti-Russian faction of the US “deep state”. It therefore wouldn’t be too surprising if the UK is continuing to act as the US’ anti-Russian attack dog in Europe, albeit at the orders of an increasingly less influential “deep state” faction as opposed to the American state itself. This would explain why it just dangerously attempted to provoke a security incident between two nuclear-armed Great Powers.

Keeping in mind the recent fast-moving developments in Russian-American relations and Russian-Western ones more broadly, it doesn’t seem all that likely that the UK will succeed unless the US’ anti-Russian “deep state” faction somehow surprisingly regains its influence at this decisive moment in time, whether due to this particular provocation or perhaps following subsequent ones that might soon be attempted by other disgruntled states like the Baltic ones, Poland, and/or Ukraine. Should this gambit fail like some expect it to, then the UK will only find itself more isolated than ever before from both the US and EU. It could also potentially serve as a deterrent to others like the ones that were mentioned in the preceding sentence unless they become even more desperate to attempt their own provocations. In any case, the Biden Administration must urgently regain control of its allies lest the most Russophobic among them ruin relations with Russia.