HOME / WORLD / No, Iran Won’t Have A Nuclear Bomb ‘In A Matter Of Months’ 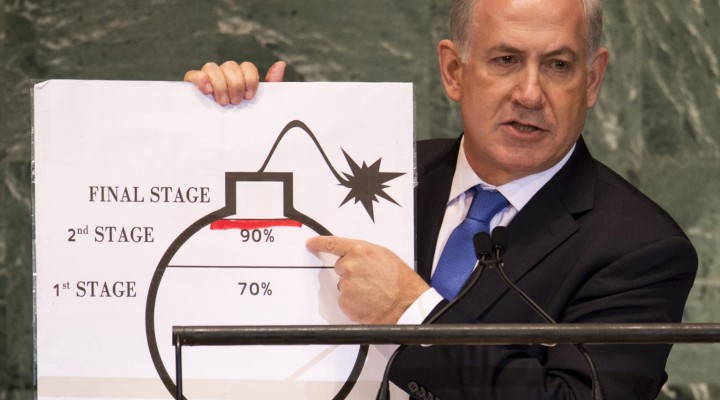 But if we keep pushing we may not be able to assess their capabilities either way. Here’s why.

As Iran puts the final nail in its nuclear agreement with the West, hyperbolic headlines have warned that the Islamic Republic could have a nuclear weapon “within months.” Politicians have said it, pundits have repeated it, and hawkish national security experts proclaim it with barely disguised excitement.

Don’t believe it for a second. The entire formulation of Iran’s “breakout period” after which they would present their first and only nuclear bomb is based on an artificial construct—great for talking points and fear mongering from podiums, but in no sense a scientific reality.

“As long as I am President of the United States, Iran will never be allowed to have a nuclear weapon.” Those words, delivered in a speech by President Donald Trump about escalating military tension between the U.S. and Iran, underscore the reality that it is Iran’s nuclear program that drives U.S. policy regarding the use of military force.

The fear of an Iranian nuclear weapon has been at the top of a list of so-called malign activities undertaken by the Iranian government that the Trump administration alleges threaten regional security and by extension U.S. national interests. While the issues on this list are not new (having defined U.S.-Iranian relations for the better part of two decades), the stakes involved have never been higher. The framework of agreements that have held the Iranian nuclear program in check during this time have deteriorated to the point of collapse, and the ramifications promise to be dire.

At the heart of the crisis with Iran is a nuclear enrichment program that has been subjected to an unprecedented degree of international scrutiny, and about which there is virtually nothing that is unknown in terms of its present composition and functioning. As a signatory to the nonproliferation treaty (Iran signed the NPT in 1968 and ratified it in 1970), Iran’s nuclear activities are subjected to safeguards inspections carried out under the auspices of the International Atomic Energy Agency (IAEA).

The history of Iran’s nuclear program is a long and complex one, unfolding over the course of four decades. During this time, Iran rose to the forefront of nuclear development under the Shah, only to collapse into ruin and stasis under the Islamic Republic that replaced the Shah in 1979.

When the Iranian government decided in the early 1990s to revive its nuclear power program, it turned to the black market to acquire the technology needed to build a viable nuclear fuel cycle, inclusive of uranium enrichment. This put Iran in contact with the father of the Pakistani atomic bomb, A.Q. Khan, forever tainting Iran’s program with the specter of military intent.

The concern that Iran was pursuing a covert nuclear weapons program was heightened considerably when, in 2002, its secret uranium enrichment plant at Natanz was revealed to the world by Iranian opposition leaders. This set off a 13-year crisis between Tehran and the international community over whether Iran would be allowed to master the nuclear fuel cycle needed to indigenously produce fuel for nuclear power reactors.

The Iran nuclear crisis was finally resolved in 2015 after years of diplomatic confrontation and negotiation culminating with the so-called Iranian nuclear agreement, officially known as the Joint Comprehensive Program of Action (JCPOA). The JCPOA was structured around a purely hypothetical construct postulated by the U.S. known as the “one year breakout window”—simply put, the combination of enrichment capability measured in terms of operational centrifuges of a specific type (in this case, the IR-1 centrifuge) and on-hand stocks of low-enriched uranium necessary for Iran to produce a single nuclear device over the course of one year.

The U.S. had attached considerable importance to this one-year “window”: so long as IAEA inspectors, implementing a program of enhanced safeguards inspections, were able to verify that Iran was in compliance with the restrictions set forth in the JCPOA, then the world could rest easy knowing that there would be at least a year’s notice before Iran could build a nuclear weapon. During that time, a coalition could be formed and a range of options put forward designed to deter Iran from going forward.

The JCPOA entered into force in 2016, and for the next two-plus years, functioned well—Iran was repeatedly found to be in full compliance with its obligations.

But the JCPOA had a fatal flaw in its construct: by embracing the notion of a one-year breakout window, the framers of the JCPOA by extension perpetuated the myth of an Iranian nuclear bomb. The JCPOA was not intended as a permanent check on Iran’s nuclear program, but rather a confidence-building mechanism that would see its restrictions gradually expire via so-called “sunset clauses.” Once these “sunset clauses” ran out, Iran would have been permitted to install and operate as many advanced centrifuges as it desired and enrich and store as much low-level uranium as needed.

In short, the “breakout window” would collapse to a figure of a few months or less. The hope of the JCPOA was that by the time the “sunset clauses” expired, relations with Iran would have improved to the point that the world no longer feared the possibility of an Iranian “breakout” toward a nuclear weapons capability.

Iran was never given a chance to build this bond of trust with the world. From the perspective of the Trump administration, the JCPOA was not a ratified treaty carrying the weight of law, but rather an executive agreement that could be reversed at the whim of a succeeding presidential administration. In 2016, then-candidate Donald Trump campaigned on the premise that Iran represented a threat to the U.S. and its allies, and that the JCPOA, through its “sunset clauses,” only served to fast-track Iran’s nuclear ambitions under the protection of the international community.

Following his election, Trump precipitously withdrew from the JCPOA, re-imposing economic sanctions as part of a so-called “maximum pressure” campaign designed to compel Iran into negotiating a new agreement that banned all nuclear enrichment activities.

In response, Iran has, over time, ended the restrictions imposed by the JCPOA, citing relevant languageallowing for such action in the event of non-performance by a party or parties to the agreement. Iran now holds that the European Union and the governments of France, Germany, and the UK (all parties to the JCPOA) have failed to hold up their end by restricting economic interaction with Iran out of fear of secondary U.S. sanctions, which would be imposed on any company doing business with Iran. The final straw came earlier this month, when Iran terminated all restrictions on its enrichment effort and, in doing so, made moot the one-year breakout window that had underpinned the JCPOA.

While Iran maintains that all of its actions are reversible if all parties to the JCPOA come into compliance with their respective obligations (meaning that the EU live up to its obligations regarding trade), the reality is that, using the “breakout” formulation, Iran will be within two to three months of a nuclear weapons capability by the end of 2020.

But this this figure is a totally artificial construct that ignores the reality and complexities associated with nuclear weapons development above and beyond the act of uranium enrichment, all of which are virtually impossible to hide from international scrutiny. But perception creates its own reality, and so long as Iran is assessed to have a breakout window of two to three months, the threat of an Iranian bomb becomes a political, if not technological, fact.

The major constraint for any Iranian nuclear “breakout” is the presence of IAEA inspectors, whose mission is enshrined by the NPT, not the JCPOA. So long as these inspectors remain, any effort by Iran to divert nuclear material for use in a weapon would be readily detected.

But there is a hitch—the governments of Germany, France, and the UK, under pressure by the U.S., have initiated a dispute resolution mechanism, charging Iran with non-performance under the JCPOA because of its actions in ending JCPOA-mandated restrictions. If no resolution can be reached, then the matter will be turned over to the UN Security Council, where the resumption of UN-backed economic sanctions terminated under the JCPOA is all but assured.

Iran has made it clear that if its nuclear program is referred to the Security Council, it will withdraw from the NPT. Under the terms of the NPT, Iran would have to provide three month’s advance notice, after which time its safeguards agreement would terminate and IAEA inspectors would depart. Under the terms of the JCPOA, a decision regarding referral to the Security Council could take place as soon as 35 days; the Security Council would have up to 30 days to resolve the matter, or else sanctions automatically resume. If Iran followed through on its threat to pull out of the NPT, inspectors could be out of Iran as soon as June 2020. Void of any inspection process in place in Iran, speculation about Iranian intent and capabilities would run wild, stoking fears that would inevitably lead to a U.S.-led war designed to destroy Iran’s nuclear infrastructure and, by extension, the Iranian regime.

While the issue of Iran had seized the headlines with the one-two combination of the Suleimani assassination and Iranian retaliation strikes, the news cycle has since shifted to the impeachment trial of President Trump. While it is unlikely that President Trump will be removed from office, his impeachment and trial will live on during the silly season of American presidential politics as his Democratic rivals for the presidency vie for the right of facing off against him come November.

By that time, however, the U.S. will have sleepwalked into a war with Iran that was as inevitable as it was avoidable.

No, Iran Won’t Have a Nuclear Bomb ‘in a Matter of Months’

0 thoughts on “No, Iran Won’t Have A Nuclear Bomb ‘In A Matter Of Months’”