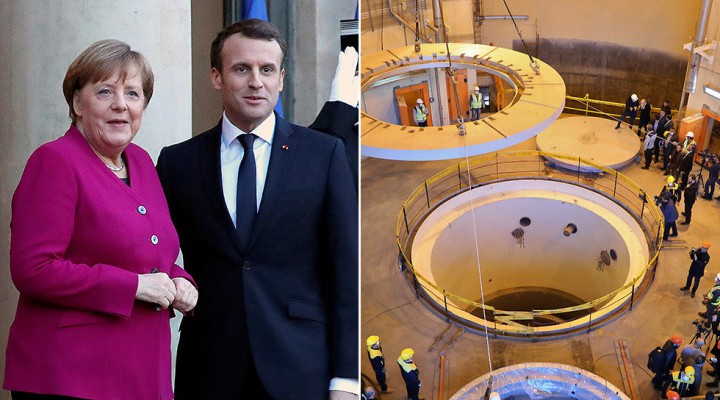 Europe could have saved the Iran nuclear agreement. Instead, it abused the rule of law by inappropriately triggering its dispute mechanism, all but ensuring the agreement’s demise.

On January 5, 2020, Tehran announced that it would no longer comply with its obligations under the Iran nuclear agreement, officially known as the Joint Comprehensive Program of Action (JCPOA). Iran’s actions are in response to the withdrawal of the US from the JCPOA, and the re-imposition of economic sanctions by the US which had been lifted when the deal came into force.

As 5th & final REMEDIAL step under paragraph 36 of JCPOA, there will no longer be any restriction on number of centrifuges

In response to the Iranian actions, the governments of France, Germany, and the UK – all parties to the deal, along with the European Union (EU) – invoked provisions within the JCPOA, known as the Dispute Resolution Mechanism (DRM), in an effort to bring Iran back into compliance.

The triggering of the DRM by the European countries, however, is a disingenuous move designed to provide diplomatic cover for the EU’s own failures when it comes to JCPOA implementation.

Moreover, given the likely outcome of this process, a convening of the UN Security Council where economic sanctions will be re-imposed on Iran by default, the Europeans have all but assured the demise of the JCPOA, with their so-called diplomacy serving as little more than a facilitator of a larger crisis between Iran and the US that, given the heightened tensions between these two nations in the aftermath of the assassination of Qassem Soleimani, precipitously increases the prospects for war.

Big powers always had an easy way out of deal

When the JCPOA was finalized in July 2015, the world was given hope that the crisis over Iran’s nuclear enrichment capability, which had been threatening to boil over into war, had been resolved, and diplomacy had prevailed over armed conflict.

The JCPOA codified a number of restrictions on Iran’s ability to enrich uranium, including the numbers and types of centrifuges that could be used, where enrichment could take place, what level of enrichment could occur, and how large of a stockpile of enriched nuclear material Iran was allowed to maintain, and an intrusive comprehensive inspection regime designed to verify Iran’s compliance.

These restrictions were designed to ease over time through a series of so-called “sunset clauses,” until all that remained was an enhanced inspection process. In short, the JCPOA legitimized Iran’s right to enrich uranium for peaceful purposes while simultaneously recognizing the concerns of some within the international community regarding the potential for Iran to abuse this enrichment capability for military purposes.

The JCPOA was, in effect, a comprehensive confidence building mechanism intended to build trust between Iran and the international community over time, consistent with the agreement’s preamble, which declared “Iran reaffirms that under no circumstances will Iran ever seek, develop or acquire any nuclear weapons.”

Prior to the implementation of the JCPOA, Iran had been subjected to stringent economic sanctions levied under the authority of the UN Security Council. In exchange for entering into the agreement, these sanctions were lifted.

However, the deal recognized that disputes could emerge regarding the implementation of the agreement, and put in place a dispute resolution mechanism which, if no satisfactory solution was found to an identified problem, would result in these sanctions being automatically re-imposed.

For the first two-plus years of the deal’s existence, from July 2015 through to May 2018, Iran was found to be in full compliance with its commitments.

In May 2018, however, the US precipitously withdrew from the agreement, claiming that the eventual expiration of the “sunset clauses” paved the way for Iran to produce a nuclear weapon, and as such the JCPOA was little more than a facilitator of Iranian nuclear malign intent.

The US began re-imposing economic sanctions on Iran, all of which included so-called secondary sanctions which applied to any nation that violated the US sanctions. Iran rightfully viewed the re-imposition of sanctions by the US as a violation of the deal.

Furthermore, when EU companies began balking on their willingness to do business with Iran out of fear of US secondary sanctions, Iran rightfully found the EU to be in violation of the JCPOA as well.

Iran gave the remaining parties to the JCPOA six months following the US withdrawal to develop the necessary mechanisms needed to sidestep the impact of the US economic sanctions.

By November 2018, however, no such mechanisms had been implemented, and when the US targeted Iran’s economic lifeblood by sanctioning oil sales, Iran responded by invoking its rights under Article 26 and Article 36 of the JCPOA, which allows Iran to “cease performing its commitments under the JCPOA, in whole or in part”, for either the re-imposition of new nuclear-related sanctions, or “significant nonperformance” of obligations under the JCPOA, or in this case, both.

Since that time, Iran has been gradually stepping away from the restrictions imposed on it, noting each time that its measures were immediately reversible should the underlying issues be resolved in a manner that complied with the letter and intent of the JCPOA.

In short, Iran demanded that the EU live up to its obligations to stand up to the US economic sanctions. The EU has consistently failed to do so, resulting in Iran’s gradual backing away from its obligations, leading to the current state of affairs where all of the restrictions imposed by the JCPOA, not including international inspections, which continue unabated, have ceased to be in operation.

When it comes to levying fault for the current state of affairs, there is no “chicken or egg” causality up for debate. Blame lies squarely on both the US for withdrawing from the deal, and the EU for failing to live up to its obligations under the JCPOA regarding economic engagement with Iran.

Iran has long warned the governments of France, Germany, and the UK not to invoke the DRM, noting that the JCPOA does not permit such a move if, as is the case today, Iran is exercising its legal right in response to the illegal and unilateral actions of the US.

There is no realistic expectation that Iran will change its position in this regard. Russia and China have already indicated that Iran is fully within its rights within the JCPOA to back off its obligations regarding restrictions imposed on its nuclear program, citing US and EU non-performance.

By invoking the DRM, the Europeans have, knowingly and wittingly, initiated a process that can only have one outcome, the termination of the JCPOA. In doing so, the EU has breathed life into unfounded US allegations of Iranian nuclear weapons intent, setting up an inevitable clash between the Washington and Tehran that has the real potential of dragging the whole world down with it.