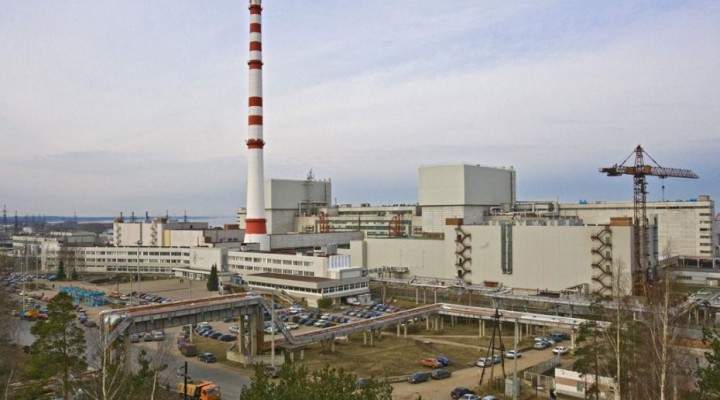 U.S. pressures will escalate – in line with the binary ‘either/or’ ultimatum, and Iran will then push back through increasing enrichment and acts of deterrence. The present lull in tensions may be short-lived.

They – the Euro 3 – are taking Iran to the JCPOA Disputes Resolution Mechanism at the UN, insisting Iran to be in non-compliance with its obligations under the JCPOA.

Iran has partially de-complied, it’s true. But a reduction in a signatory’s obligation was foreseen when the JCPOA was drafted. Because of the lack of trust between parties, a clause in JCPOA affirms that, were one party to default in its obligations, the other party is permitted concomitantly to draw-back on its compliance also. Plainly, the U.S. is not fulfilling its obligations – it unilaterally withdrew from them, and others would argue that the EU guarantor is in non-compliance as well.

Those arguments may be valid – but are largely irrelevant. Disputes – such as the EU3 claim that Iran is in breach of its obligations – are supposed to be ironed out within the disputes mechanism. A period of 30 days (perhaps extending to 65 days) is allowed for the parties to find some resolution. If unresolved, the dispute then goes to the Security Council.

And here is the rub – a major one: if Iran is held to be ‘non-compliant’, all the pre-JCPOA UN sanctions ‘snap back’. The only exception would be unless EVERY country on the Council votes to keep the UN sanctions suspended. Saving that improbable event, the gamut of sanctions ‘snap back’ automatically. This ‘snap back’ mechanism was heavily touted by Obama as his negotiating big achievement – to calm the critics of the deal.

Well, let’s be realistic: There may well be some juridical discussion at the ‘mechanism’ about whether it was the U.S.’ withdrawal that made Iranian non-compliance inevitable – and justifiable – but that doesn’t matter ‘tuppence’. Trump severely twisted the EU3’s arms to make them launch the formal dispute complaint, precisely not to have the matter resolved, but to have it taken to the UNSC, where it is guaranteed that the U.S. will not vote to have ‘snap back’ suspended.

So yes, by the Europeans taking their complaint to the Security Council, ‘snap back’ becomes inevitable. And that will be ‘it’, as far as Iran and the JCPOA is concerned. They will be ‘out’.

However, the snap back of sanctions is NOT the point. Iran is now under harsher U.S. sanctions than prior to the ‘deal’. For Iran, the JCPOA will be over, and Iran will revert to its former policy of enrichment (with, or without, the IAEA supervision). A nuclear programme however is one important point of political leverage – as Kim Jong Un keeps demonstrating. But that is NOT the point, either.

Iran hawks in the U.S. and Israel will be happy. They will – in their view – have succeeded in returning the Iran ‘nuclear issue’ back to a binary choice: Either (per U.S. Envoy, Brian Hook), Iran accepts that it will NOT be allowed to enrich uranium, “period”; accepts a legal ‘treaty’; agrees to give up its missiles; dismantles its ‘proxies’ and halts its regional aggression – or it will face military action.

Boris Johnson’s justification for taking Iranian supposed non-compliance to the UNSC, in order to open the way for Trump to negotiate a new deal, clearly is jejeune – and probably uttered by him, as nothing more than a means by which to flatter Trump.

Maybe the Euro calculus is that, with Trump’s maximum-pressure unlikely to result in Iran’s economic implosion, the Europeans assess that Iran will go on quietly surviving, with help from Russia, China, Turkey – and maybe a little from India.

And moreover, Iran has proven with Ein al-Assad its ability to strike effectively – and painfully – at U.S. bases across the region. All are vulnerable. The sophistication of the Iranian strike, and Iran’s electronic capabilities, will have taken Washington, at least a bit, by surprise.

The Pentagon, too, will have become acutely aware that Iran had mobilised for all-out, asymmetric war, with the U.S. and its regional allies, at the moment of the Ein Al-Assad strike. The U.S., of course, has its war machine. But an attack on Iran would not be of the ‘once-and-done’ genre that some U.S. advocates say should be mounted against Iran’s nuclear infrastructure. Iran would immediately retaliate across a spectrum of U.S. (and Israeli) targets. It would be costly, and its effects unforeseeable.

Maybe Europeans detect that this new ‘strategic paradigm’ is sedimenting into Washington thinking, together with the realization that Iraq is serious about U.S. forces leaving the country – and that Turkey seems to be removing itself evermore, from Washington’s orbit. Or, in other words, that Iran has demonstrated unsuspected capabilities, just as America’s foothold in region becomes more tenuous.

Gulf States, certainly, have internalised Iran’s signalling at Ein Al-Assad and Kirkuk, and are hedging their former unqualified dependency on the U.S. with other regional powers, such as Russia, and through opening a multitude of channels to Iran. They are, in short, deliberately mounting a Potemkin village façade of sanguinity in wake of the near-war atmosphere that prevailed following Soleimani’s assassination – in order to prevent business being scared away from the Gulf.

All of the above might suggest to the Euro3 that America’s military options vis-à-vis Iran are limited, which is to say that Iranian deterrence is real, and that Iran will manage to struggle along economically, with help from its friends. And if Iran lies low until after the November U.S. elections, Trump – if re-elected – might see that his Iran policy is not working, and change course. That is possible, of course.

If such is the rationale, indicting Iran as ‘non-compliant’ before the UNSC may be judged by the EU as really no ‘big deal’, especially as Middle East tensions lately have subsided.

Professor Mike Vlahos however, articulates another perspective that the Europeans seem to have overlooked. In his book, Fighting Identity, Vlahos goes beyond the usual trite parallels to argue that the U.S. is not an ordinary nation-state but a “system leader”, a civilizational power like Rome, Byzantium, and the Ottoman Empire. The system leader is “a universalistic identity framework tied to a state. This vantage is helpful because the United States clearly owns this identity framework today”.”

Vlahos’ second point is that the U.S. success versus the USSR gave rise to hubris: leading to American leaders “inhabiting a worldview of iron conservatism”. After all, (as they saw it), they are defending not ‘the nation’ per se, but rather its global vision, and rules-based global order. Concomitantly, as the civil public eased themselves into the comfort of the New American Century, and the military ethos waned amongst the public, the military-security complex reacted by becoming correspondingly certain that it must assume the security burden of defending the U.S. vision that had prevailed in the Cold War. Hence ‘the state’ effectively grew and separated to become its own subculture, or rather, a constellation of state subcultures, military and bureaucratic (i.e. the Deep State) that sees its mission to act as the ‘iron’ guardian to this universalist vision – even (though Vlahos does not make the connection explicit) to guard the state against ‘populist’ leaders such as Trump, who would betray the guardianship or covenant for some mercantilist vision that actually damages it (in their view).

The point here is that as the old order is contested and broken apart, both by Trump and ‘the Resistance’ (i.e. those who see themselves as guardians of the old order), “the warring sides have hardened their hearts so that they will do almost anything in order to prevail. The great irony is that [in] their mutual drive to win … [the warring sides] refuse to work together in the rusting carapace of old constitutional order. Yet nonetheless, they work shoulder-to-shoulder, together, to overthrow it. For both sides, the old order is the major obstacle to victory. Hence victory is through overthrow”.

What may be missing from the Euro3 assessment of the situation then, is how hugely symbolically important it is to both these warring U.S. factions, that Islamic Iran be brought kneeling in contrition and repentance for its Revolution. For the U.S. military-security establishment, it would represent another signal victory for American hegemony – in symbolic terms, as important a civilisational victory as that against ‘Marxism’. For Trump, nothing can better demonstrate to Americans that his high-stakes negotiating ploys are strategic, the risks are measured, and the payoff will be a neutralized Iran (without nuclear capability).

The Euro3 may think that all they did, in effect, was to put additional pressure on Iran to strike an agreement with Trump. This sounds oh-so rational, and common-sensical. But the U.S. is not engaged in the kind of think-tank strategic analysis outlined above. It is playing to win its internal, dirty civil war – by any means. The military-security establishment wants Mid-East energy dominance; it will not tolerate any threat to its dollarised financial weaponry advantage that a Russian-led mini Belt and Road might imply – and it will not allow Israel to fold.

And the Euro3, in sending the JCPOA framework to the scrapheap , inevitably return us to that binary narrative of ‘Iran can never be allowed to have a nuclear weapon: Either Iranians must renounce enrichment entirely, or face the consequences’. Trump may have asked for this action from the Euro3 (or, he may have had demanded it of him by Republican neo-cons in return for their vote against his impeachment), but it may not in fact help him. The JCPOA was – somehow – a possible ‘off-ramp’ to conflict (Iran has stressed repeatedly, that it was the only architecture for de-escalation). But now, after the killing of Soleimani, Iran is unlikely to want to talk with Trump. There is simply no trust. And the Europeans have just disqualified themselves as locuteurs valables.

The binary ‘either/or’ ultimatum being set up by the Euro3 is a gift to the U.S. neo-cons and their evangelical allies, more than it represents an aid for Trump. Furthermore, it could even trigger a common interest between Evangelical and military-security complex linked Senators with Democrats to vote for Trump’s impeachment – and thereby bring the Evangelical Pence into office.

The trend lines thus do not augur well. U.S. pressures will escalate – in line with the binary ‘either/or’ ultimatum, and Iran will then push back through increasing enrichment and acts of deterrence. The present lull in tensions may be short-lived.