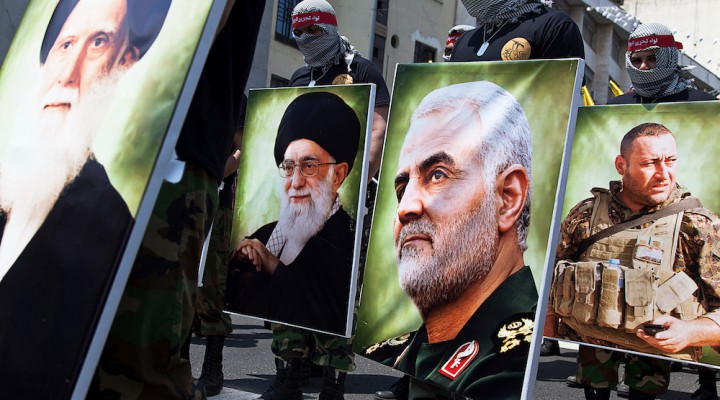 But the time and place will be of their choosing, when the U.S. expects it least.

The assassination by the United States of Qassem Suleimani, a senior Islamic Revolutionary Guard Corps general and commander of the Quds Force, an Iranian paramilitary force specializing in covert operations on foreign soil, has sent shock waves through the Middle East and around the globe.

The Trump administration has justified its action, citing unspecified intelligence that indicated Suleimani was in the process of finalizing plans for attacks on U.S. personnel and interests in the region, claiming that Suleimani’s death “saved American lives.” This narrative has been challenged by Lebanese officials familiar with Suleimani’s itinerary, noting that the Iranian general had been in Beirut on diplomatic business, and had travelled to Baghdad via a commercial air flight, where he had been diplomatically cleared to enter. These officials claim Suleimani was killed while riding in a convoy on his way from Baghdad International Airport into the city of Baghdad.

In any event, Suleimani’s death resonates in a region already on edge because of existing tensions between the U.S. and Iran. The Supreme Leader of Iran, Ali Khamenei, has announced three days of mourning for Suleimani, an indication of his status as national hero. Khamenei also vowed revenge on those who perpetrated the attack. Concern over imminent Iranian retaliation has prompted the State Department to order all American citizens to leave Iraq, and for U.S. forces in the region to be placed on the highest level of alert. Hundreds of American soldiers have been flown into the region as reinforcements, with thousands more standing by if needed.

For many analysts and observers, Iran and the U.S. are on the cusp of a major confrontation. While such an outcome is possible, the reality is that the Iranian policy of asymmetrical response to American aggression that had been put in place by Qassem Suleimani when he was alive is still in place today. While emotions run high in the streets of Iranian cities, with angry crowds demanding action, the Iranian leadership, of which Suleimani was a trusted insider, recognizes that any precipitous action on its part only plays into the hands of the United States. In seeking revenge for the assassination of Qassem Suleimani, Iran will most likely play the long game, putting into action the old maxim that revenge is a dish best served cold.

In many ways, the United States has already written the script regarding major aspects of an Iranian response. The diplomatic missions Suleimani may have been undertaking at the time of his death centered on gaining regional support for pressuring the United States to withdraw from both Syria and Iraq. Of the two, Iraq was, and is, the highest priority, if for no other reason that there can be no sustained U.S. military presence in Syria without the existence of a major U.S. military presence in Iraq. Suleimani had been working with sympathetic members of the Iraqi Parliament to gain support for legislation that would end Iraq’s support for U.S. military forces operating on Iraqi soil. Such legislation was viewed by the United States as a direct threat to its interests in both Iraq and the region.

The U.S. had been engaged in a diplomatic tug of war with Iran to sway Iraqi politicians regarding such a vote. However, this effort was dealt a major blow when Washington conducted a bombing attack Sunday which targeted Khaitab Hezbollah along the border with Syria, killing scores of Iraqis. The justification for these attacks was retaliation for a series of rocket attacks on an American military base that had killed one civilian contractor and wounded several American soldiers. The U.S. blamed Iranian-backed Khaitab Hezbollah (no relation to the Lebanese Hezbollah group), for the attacks.

There are several problems with this narrative, first and foremost being that the bases bombed were reportedly more than 500 kilometers removed from the military base where the civilian contractor had been killed. The Iraqi units housed at the bombed facilities, including Khaitab Hezbollah, were engaged, reportedly, in active combat operations against ISIS remnants operating in both Iraq and Syria. This calls into question whether they would be involved in an attack against an American target. In fact, given the recent resurgence of ISIS, it is entirely possible that ISIS was responsible for the attack on the U.S. base, creating a scenario where the U.S. served as the de facto air force for ISIS by striking Iraqi forces engaged in anti-ISIS combat operations.

ISIS has emerged as a major feature in the Iranian thinking regarding how best to strike back at the US for Suleimani’s death. The Iranian government has gone out of its way to announce that, in the wake of Suleimani’s assassination, that Washington would be held fully responsible for any resurgence of ISIS in the region. Given the reality that Iran has been at the forefront of the war against ISIS, and that Iranian-backed Iraqi militias such as Khaitab Hezbollah have played a critical role in defeating ISIS on the ground, there is no doubt that Iran has the ability to take its foot off of the neck of a prostrate ISIS and facilitate their resurgence in areas under U.S. control.

Such an outcome would serve two purposes. First, U.S. forces would more than likely suffer casualties in the renewed fighting, especially since their primary proxy force, the Syrian Kurds, have been diminished in the aftermath of Turkey’s incursion late last year in northern Syria. More importantly, however, is the political cost that will be paid by President Trump, forced to explain away a resurgent ISIS during an election year after going on record that ISIS had been completely defeated.

But the real blow to American prestige would be for the Iraqi government to sever relations with the American military. The U.S. bombing of the Iraqi bases severely stressed U.S.-Iraqi relations, with the Iraqi government protesting the attacks as a violation of their sovereignty. One of the ways the Iraqi government gave voice to its displeasure was by facilitating access by protestors affiliated with Khaitab Hezbollah to gain access to the highly secure Green Zone in downtown Baghdad where the U.S. Embassy is situated, where they set fire to some buildings and destroyed property before eventually dispersing. While commentators and politicians have described the actions targeting the US Embassy as an “attack,” it was a carefully choreographed bit of theater designed to ease passions that had built up as a result of the U.S. attack.

Getting the Iraqi Parliament to formally reject the U.S. military presence on Iraqi soil has long been a strategic objective of Iran. As such, Iran would be best served by avoiding direct conflict with the US, and letting events take their expected course.

If Iraq votes to expel American forces, the Trump administration will be tied up trying to cope with how to manage that new reality. Add to that the problems that will come in confronting a resurgent ISIS, and it becomes clear that by simply doing nothing, Iran will have already gained the strategic upper hand in a post-Suleimani world. The Trump administration will find it hard to sustain the deployment of thousands of troops in the Middle East if there is no Iranian provocation to respond to. Over time, the American presence will lessen. Security will lapse. And, when the time is right, Iran will strike, most probably by proxy, but in a manner designed to inflict as much pain as possible.

Trump started this fight by recklessly ordering the assassination of a senior Iranian government official. The Trump administration now seeks to shape events in the region to best support a direct confrontation with Iran. Such an outcome is not in Iran’s best interests. Instead, they will erode Trump’s political base by embarrassing him in Iraq and with ISIS. Iran will respond, that much can be assured. But the time and place will be of their choosing, when the U.S. expects it least.

Iranian Revenge Will Be a Dish Best Served Cold