HOME / WORLD / In Redux of Iraq War Run Up, Media Cheers on Assassination of Soleimani 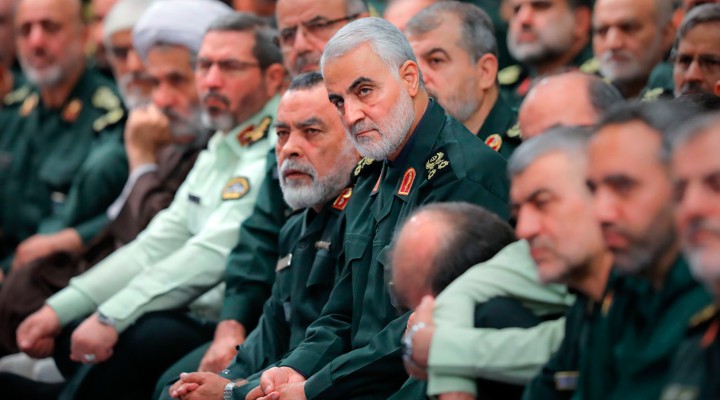 With echoes of Iraq, media are once again cheering an attack against a Middle Eastern country on the grounds of a supposedly imminent strike against the United States.

MPN– Early Friday morning, a U.S. airstrike assassinated Iranian Lt. General Qassem Soleimani as he traveled from Baghdad’s international airport. A charismatic and capable military figure, Soleimani was widely considered to be one of the most powerful and influential individuals in Iran. Two years to the day since MintPress News reported that the U.S. government had given the green light to assassinate him, Soleimani’s convoy was struck from the air. Secretary of State Mike Pompeo presented the decision as a defensive one, claiming that Soleimani was preparing an “imminent attack” against the U.S. When pressed, he refused to give any more evidence or details. Despite claiming the strike made Americans much safer, the government immediately instructed all U.S. citizens to leave Iraq and avoid the American Embassy.

Assassinating foreign leaders is a major international war crime under international law, yet across the corporate spectrum, media applauded the bombing, or “precision targeting,” as CNN described it. Unsurprisingly, many conservative media outlets supported the Trump administration’s decision to potentially spark a huge international conflict. The Washington Examiner quoted one “expert” celebrating the killing as more important than Bin Laden’s death and a “massive blow to the regime.” Fox News quickly published an opinion piece from Christian Whiton of the strongly hawkish Center for the National Interest, praising Trump for acting “correctly and decisively,” preventing further American bloodshed by taking out a major “terrorist.” It also immediately invited major Neoconservative hawks and public faces of the Iraq War, Karl Rove and Ari Fleischer, on air to discuss the situation and inform its audience what to think.

Karl Rove and Ari Fleischer currently on Fox News breaking everything down pic.twitter.com/Xm3DwyCF3u

Media with more liberal audiences ­– who claim to be leading the resistance against a dangerous fascist commander-in-chief – were no less supportive of Trump’s latest aggressive actions. Just as it had done with U.S.-supported coup attempts in Venezuela and Bolivia, resistance media lined up shoulder-to-shoulder with the president and condemned Soleimani as guilty of a myriad of crimes against humanity. CNBC’s headline read, “America just took out the world’s no. 1 bad guy,” accusing him of being the leader of the world’s “most active and pervasive terrorist army.” It claimed that Trump’s decision had “saved current lives” and represented “justice” to his many victims. It also claimed that it saved further American lives as it would “deter future Iranian attack plans.” “There’s no question Soleimani had American blood on his hands” claimed one source in USA Today; “he was an enemy.” It is worth noting, however, that the American deaths being referenced are not civilians, but members of an invading and occupying army in Iraq who were killed by locals resisting a foreign occupier.

The New York Times claimed he had “spent the last decade replicating the Hezbollah model in Iraq, Syria and Yemen, propping up local militias with precision weapons and tactical know-how” and held him responsible for “driving over 10 million [Syrian] people from their homes” not mentioning the American role in any of those warzones. Meanwhile, CNN’s Alex Marquardt claimed that, “US lawmakers are united in their support of the killing of Soleimani” and that Republicans and Democrats alike agreed that, “this is a man who deserved to be killed because of everything he has done against American forces” and were busy “congratulating” Trump for his heroism. The message from corporate media was clear: “Soleimani is a ruthless killer. He’s a horrible human being,” (CNN). The evidence presented for this claim was that “he commanded a division in the Iran/Iraq War” – a war in which the United States armed, funded and supported its then ally Saddam Hussein to invade Iran, causing around one million deaths.

In reality, corporate media are not celebrating Soleimani’s assassination because of his many (real) faults, but rather because of his qualities as an effective leader and organizer, someone who has constantly stymied American efforts to further dominate the region. In Syria, where the U.S. has all but allied with Al-Qaeda/Al-Nusra in order to overthrow the Assad dynasty, Iran has provided a significant counterweight to American-backed forces. Likewise, it continues to support groups such as Hezbollah that resist the U.S. and its allies across the region. It has also, rhetorically at least, supported the Houthi rebels fighting against a U.S./Saudi onslaught, although the extent of Iranian involvement is questionable.

The U.S. government has announced that it is preparing to increase its presence in the wake of the Soleimani assassination, sending at least 3,000 more troops to the region. With echoes of Iraq, media are once again cheering an attack and a military build-up against a Middle Eastern country on the grounds of a supposedly imminent strike against the United States. History, they say, never repeats itself. But it often rhymes.

0 thoughts on “In Redux of Iraq War Run Up, Media Cheers on Assassination of Soleimani”