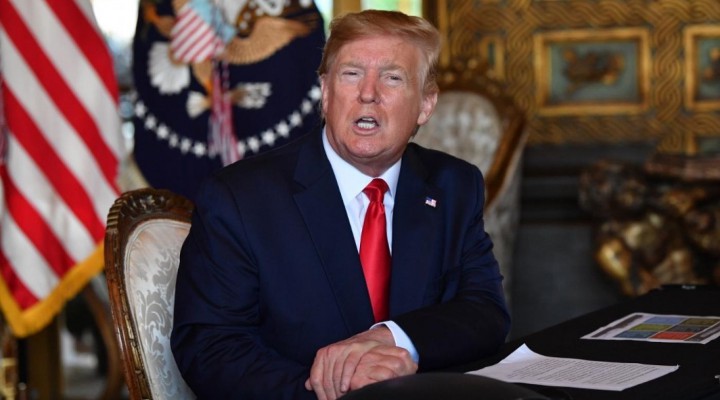 If the roaring twenties of the 21st century had to have a cannon salvo to start them, the president of the United States just fired it.

Donald Trump ordered what his predecessors had always avoided doing for fear of the potential consequences: the killing of Qassem Soleimani, Iran’s top general, commander of the Revolutionary Guards’ Quds Force.

It is plausible that Trump decided on this significant escalation in the US confrontation with Iran to emphasise that only he had the courage to make such a choice, to mark his clear difference with respect to all the others.

Surely, it will be a gesture that will strengthen his image among his political constituency in an election year. Less certain is whether it will also strengthen the interests of the US and its allies in the Middle East and turn thousands of Americans still deployed in the region into potential targets.

For starters, assassinating Soleimani is tantamount to killing the head of the CIA and US Central Command combined.

The focus will now be on how Iran responds, and whether the further intensification of the US “maximum pressure” campaign against Iran will be followed by an increase in Tehran’s maximum resistance to this strategy.

As it was so brilliantly observed, the killing of Soleimani could be for the Middle East what the assassination of Archduke Franz Ferdinand in Sarajevo on 28 June 1914 was for Europe: Sarajevo and Baghdad, two historical, multi-ethnic and multi-confessional cities, both united as involuntary sparks of immense conflagrations.

In the coming days, it will also be important to carefully watch the behaviour of the Israeli government, still led by Benjamin Netanyahu, who is struggling for his own survival and approaching his third election in less than a year.

Will the Israeli prime minister decide to emulate his American buddy and double-down, killing Hezbollah’s leader Hassan Nasrallah to boast to his constituency that he also dared to do what all other Israeli leaders have so far avoided doing?

Qassem Soleimani was certainly an authoritative and immensely popular figure in the Iranian military and revolutionary establishment to whom, probably, many more capabilities were attributed than he could really show on the ground.

However, as I have already pointed out, he was the product of a well-run, organised and disciplined system, and his deeds were possible thanks to that very system that will be now easily replace him.

In the following days, we will see violent protests and rockets launched at American targets, but the real Iranian reaction may take different forms and timelines from those dictated by western media and political needs. Iranian clocks mark time differently from western ones, which are all too frequently pressed by the rush of politics and news cycles.

The Iranian reaction, at least the public one, will slowly wear out. But over a long time, with acts that will often be imperceptible to us, Tehran will gradually change the region’s balances even more radically and in a way much more detrimental to the interests of the US and its respective allies.

Iran’s long-term response will offer little show for the western media and provide few opportunities to the many western politicians eager to ride Tehran’s reactions politically.

In other words, if this US escalation was a deliberate choice to push Iran into a reckless reaction in order to blame it for the start of a new regional war – quite an easy task with the current state of mainstream journalism – some sorcerer’s apprentices in the Beltway may be sorely disappointed.

Iran will simply continue to do what it has always done, in Afghanistan, Yemen, Lebanon, Iraq, Syria and Gaza, indefinitely testing the patience of its enemies, willing to spend years weaving a carpet.

US allies in the region, who have always prayed and hoped that Washington would give a stern lesson to Iran such as the killing of Soleimani, may soon realise that the US’s attention curve, which is generally not high, will be dangerously low in the coming months.

It is plausible that Iran will initially target America’s allies, punishing them for their alignment with the US, before turning its attention back to “the great Satan” only after seeing who Trump’s challenger will be in the November presidential election.

In the meantime, the conflict in Syria could accelerate toward a bloody military solution in Idlib and elsewhere in the coming weeks.

As anticipated, the anti-Iranian sentiments in Iraq, widely visible in the last few weeks of protests, will now completely give way to anti-American ones. It is also possible that this time, after another blatant US slap in the face of another country’s sovereignty, the Iraqi parliament will formally ask for the withdrawal of all US troops from the country. Without the bases in Iraq, America’s continued presence in Syria may become a logistical puzzle.

In Yemen and Lebanon, the political and military trends could continue in their current and gradual evolution in a way favourable to the interests of Tehran, Hezbollah and the Houthis.

As for the protests recently seen on Iranian streets, they could soon become a distant memory.

By the way, whoever has purchased – voluntarily or not – Saudi Aramco stocks in the recent IPO, should be thankful to the US president for the incredible boost their values will probably see in the future.

By ordering the killing of Qassem Soleimani, Trump may also have initiated the expulsion of the United States from the Shia crescent in the northern part of the Middle East. It will take years, but that will be the real Iranian revenge – and the ultimate crown for the killed Iranian commander and his decades of work, now rewarded in the death as a martyr as he had always desired.

Who was Qassem Soleimani?

Iranian Major-General Qassem Soleimani, the shadowy top commander of the Quds Force of the Revolutionary Guards, helped Iran fight proxy wars and increase its foothold across the Middle East.

His assassination in a US air strike on his convoy at Baghdad airport on 3 January marked the end of a man who was celebrated at home and closely watched by the US, Israel and Tehran’s regional rival Saudi Arabia.

From working as a teenager to pay off his father’s debts to a swift rise in Tehran’s elite force, Soleimani, 62, was responsible in the end for Iran’s clandestine overseas operations and was often seen on battlefields guiding Iraqi Shia groups in the war against Islamic State.

He was born into an agricultural family in the village of Qanat-e Malek in southeast Iran in 1957. At 13, he moved to the town of Kerman to work in construction and help his father pay back loans, according to a first-person account from Soleimani posted by Defa Press, a site focused on the history of Iran’s eight-year war with Iraq.

When the revolution to oust the shah began in 1978, Soleimani was working for Kerman’s municipal water department and organised demonstrations against the monarch. He volunteered for the Revolutionary Guard and, after war with Iraq broke out in 1980, quickly rose through the ranks and went on to battle drug smugglers on the border with Afghanistan.

In 1998, he became chief of the Quds Force, a post in which he helped Iran form regional alliances as it came under pressure from the US sanctions that have devastated its economy. He kept a low profile in this position while he strengthened Iran’s ties with Hezbollah in Lebanon, Syrian President Bashar al-Assad’s government and militia groups in Iraq.

At the height of the civil war between Sunni and Shia militants in Iraq in 2007, the US military accused the Quds Force of supplying improvised explosive devices to Shia militants which led to the death of many American soldiers.

As the Americans struggled to stabilise the country and were looking for a broker to help, Soleimani wrote to US General David Petraeus, then commanding US forces in Iraq, in 2008.

“General Petraeus, you should know that I, Qassem Suleimani, control the policy for Iran with respect to Iraq, Lebanon, Gaza and Afghanistan,” the commander reportedly wrote in a phone text.

Soleimani was arguably even more influential in Syria. Under him, the Quds Force shored up support for Assad when he looked close to defeat in the civil war that has been raging since 2011. His visit to Moscow in the summer of 2015 was the first step in planning for a Russian military intervention that reshaped the Syrian war and forged a new Iranian-Russian alliance in support of Assad.

His activities had made him a repeated target of the US Treasury: Soleimani was sanctioned by the United States for the Quds Force’s support for Lebanon’s Hezbollah and other armed groups, for his role in Syria’s crackdown against protesters and his alleged involvement in a 2011 plot to assassinate Adel al-Jubeir, then the Saudi ambassador to the United States.

Soleimani’s success in advancing Iran’s agenda had put him in the crosshairs of regional foes Saudi Arabia and Israel even before the US assassination on Friday. In 2017, top Saudi intelligence officials looked into the possibility of using private companies to kill Soleimani, according to the New York Times.

He was killed along with top Iraqi militia commander Abu Mahdi al-Muhandis. Both men were seen as heroes in Iran’s fight against its enemies and state television heaped them with praise after their deaths were announced. A Revolutionary Guard spokesman cried during a live broadcast.