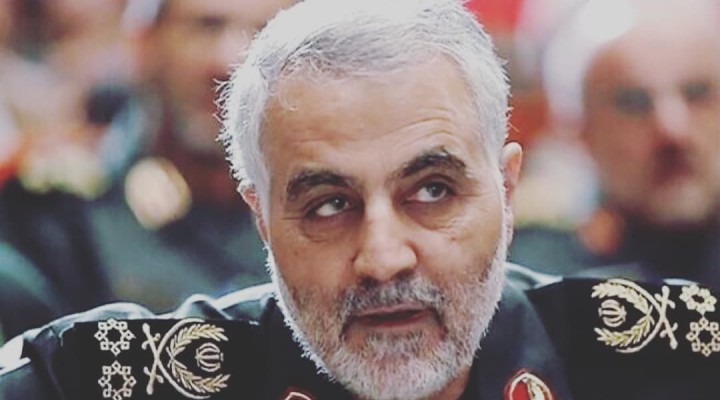 This week marks the anniversary of the assassination of IRGC Quds Force Chief Qassem Soleimani, the Iranian general who helped defeat ISIS & al-Qaeda in Syria & Iraq. Trump ordered an illegal air strike on Baghdad airport after a failed assassination attempt by Israel’s Mossad. The assassination of Soleimani is without a doubt a Mossad-CIA collaboration.

At the time, this was Trump’s last ditch effort to initiate a war between the US and Iran in an attempt to save his presidency just like Bill Clinton did before his impeachment hearings. The same media that have been crying Russiagate and impeachment of Trump at CNN & MSNBC were now Trump’s biggest supporters in propagating a new war with Iran & justifying this murder. That’s because war unites the two party system.

Iran was and still is a target of the war establishment for regime change. It’s one of the main reasons the US armed rebels in Syria & destabilized the country & why Afghanistan was occupied to food Iran with refugees.

Western media have also been spreading Iranaphobia for over 60 years spreading lies about the Islamic Republic to justify expansion of US military actions and crimes across the Middle East. Iran has been the victim of crippling economic sanctions for 60 years that have devastated its economy and prevented medicine from reaching its citizens. Iran’s crime has only been resisting US empire and supporting Palestinian human rights. While the United States was supporting rogue monarchies like that of Saudi Arabia that are openly arming terrorist groups like al-Qaeda and ISIS, Iran was fending off these terror groups.

While Iran has been attacked and intimidated from every angle by the US, Iran has showed great restraint and patience in reacting with aggression. Iran is no Iraq. A war with Iran would result in a world war and the blood of millions.

Assassinating Soleimani was an act of war against Iran. Just a few years ago the media somehow called him the “man who is successfully fighting ISIS”, but he was soon described as a terrorist.