HOME / Multimedia / Why the Coup Failed in Brazil

Why the Coup Failed in Brazil 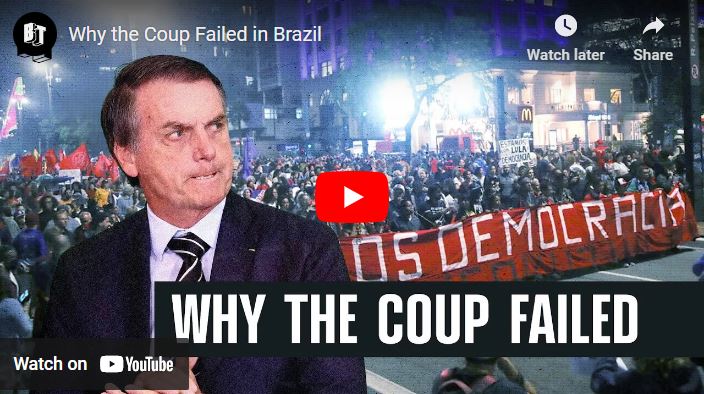 Ana Júlia Guedes, lawyer, and activist of Levante Popular da Juventude, discusses Brazil’s response to the coup attempt, including arrests of the plotters, global condemnation, and the mass mobilizations in defense of democracy.

On Sunday, January 8, supporters of former far-right Brazilian president Jair Bolsonaro stormed the headquarters of the Supreme Court, Presidency, and Congress of Brazil. The far-right mob ransacked the buildings and called for military intervention against President Lula of the progressive Workers Party, who defeated Bolsonaro in elections held last year.

Why the CIA attempted a ‘Maidan uprising’ in Brazil

First Celebrate, Then Fight: The Difficult But Hopeful Road Ahead for Lula’s Brazil

Comeback kid Lula in the eye of a volcano

0 thoughts on “Why the Coup Failed in Brazil”