HOME / Multimedia / PUTIN IN THE HEIGHTS – Plus: Nato vs China & Israel’s Aggression Continues

PUTIN IN THE HEIGHTS – Plus: Nato vs China & Israel’s Aggression Continues 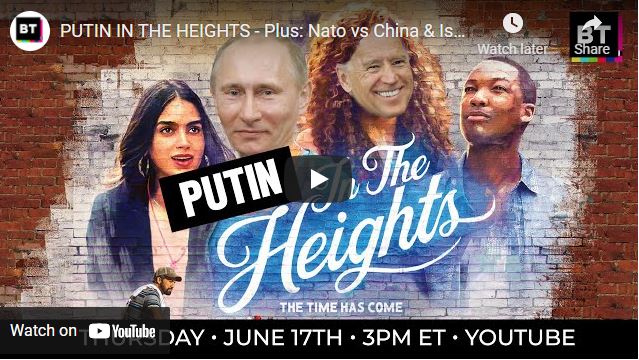 On this episode of The Freedom Side LIVE, hosts Eugene Puryear and Rania Khalek talk the much anticipated Putin-Biden meeting, the NATO Summit and its redirection at China and updates on Israel’s agression against Palestinians. Plus, a critique of In the Heights!

33:19 – Scholar and Co-Founder of the No Cold War campaign Carlos Martinez joins us to discuss NATO, Putin, and China.

“We would have to spend the entire two hours of our show if we wanted to list out all the coup attempts, assassination attempts, successful assassinations, the funding of death squads. The list goes on and on of US intervention.” @RaniaKhalek

0 thoughts on “PUTIN IN THE HEIGHTS – Plus: Nato vs China & Israel’s Aggression Continues”