HOME / WORLD / Russian-American Relations: Where There’s A Will, There’s A Way 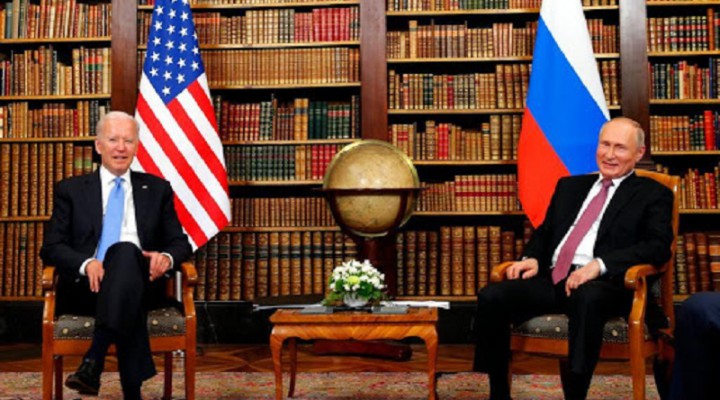 The highly anticipated Putin-Biden Summit resulted in very few tangible outcomes, but obsessing over that fact misses the most important point, which is that their leaders confirmed that there’s a mutual will to improve their relations.

Presidents Putin and Biden went into Wednesday’s summit with the intention of rescuing their bilateral relations from their lowest level since the end of the Old Cold War, and while their efforts resulted in few tangible outcomes, they nevertheless succeed in confirming that they both have the will to improve their ties. The only visible successes were the decision to return their ambassadors and set up a variety of working groups, with the most important one focusing on strategic security issues. They also revealed that they discussed the Arctic, cybersecurity, and regional conflicts like Afghanistan, Libya, Syria, and Ukraine, as well as Iran’s nuclear program. Both leaders also expressed a desire to improve trade in the future too.

Differences still persist, however, especially over issues that the US describes as “democracy” and “human rights”. Nevertheless, these aren’t serious enough to impede the improvement of their relations. They simply agreed to disagree and that’s that. It’s much more important for both leaders to resolve their strategic security problems first and foremost, especially by negotiating a successor to the recently extended New START upon its expiry. They also needed to discuss the “rules of the road”, as President Biden put it, when it comes to their overall competition with one another. Both leaders confirmed that the talks were held in a positive atmosphere free from threats, which further confirms their desire to resolve whatever issues they realistically can.

Since not a lot of specific details were disclosed, it’s difficult to predict exactly what form their possible cooperation could take on the wide range of issues that they discussed. Even so, what’s most important is that they talked about those topics and sought to find a convergence of interests between them. This further speaks to their positive intentions in responsibly regulating their comprehensive competition with one another, the end effect of which could be a reduction of tensions in Europe. That in turn could free up the US to more aggressively “contain” China on the other side of Eurasia, but nobody should expect an intensification of such efforts anytime soon since it’ll still take some time to make progress on the Russian front, if it happens at all.

The reason for such caution is that there are still some rabidly anti-Russian members of the US’ permanent military, intelligence, and diplomatic bureaucracies (“deep state”) who could try to sabotage their incipient rapprochement. They already tried doing so by provoking this April’s tensions in Ukraine as well as setting President Biden up during an interview around that time to agree with his interlocutor that his Russian counterpart is a so-called “killer”. Those efforts failed to derail what the world now knows was their behind-the-scenes talks this entire time which helped pave the way for Wednesday’s summit.

That being said, the anti-Russian faction of the American “deep state” might still not given up on trying to ruin bilateral relations. Even in the event that they stage another provocation, however, it’s unclear whether Russia would react to it or even whether those closest to Biden who were responsible for organizing Wednesday’s summit would fall for it. President Putin sincerely seems to believe that his American counterpart wants to improve relations, and even though neither leader trusts the other, they appear to understand that this vision is in their mutual interests. For that reason, the anti-Russian faction of the “deep state” might not succeed.

Speculation aside, there’s no question that Wednesday’s summit was a positive development for both countries. Their leaders finally had the chance to talk face-to-face and sort out as many of their problems as possible. It’ll now be up to those below them to see to it that tangible progress is achieved on everything that they discussed. The world might have to wait some time before seeing the visible fruits of their efforts, but they should expect that they’ll eventually see something, even if only in the sphere of strategic security. That would make Wednesday’s summit a success even if nothing else improves, whether in general or right away.

0 thoughts on “Russian-American Relations: Where There’s A Will, There’s A Way”