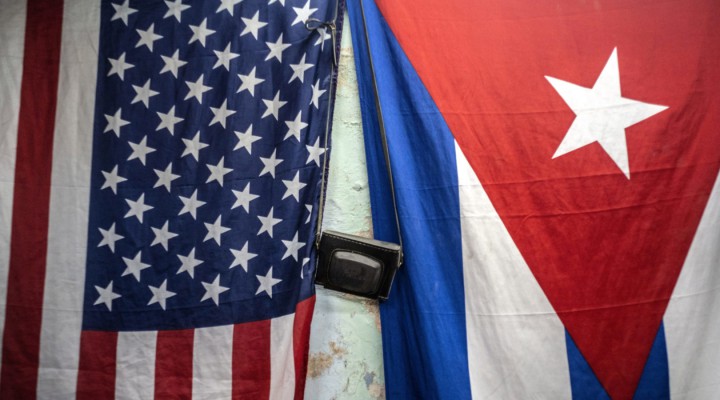 It remains an open question as to how successful the upcoming action against the Cuban government will be. But who is behind the protests is hardly in doubt.

MPN- The United States government is playing a key role in organizing, promoting and amplifying upcoming nationwide protests in Cuba planned for November 15.

When directly challenged at a press conference as to whether the United States is directly involved in the planning of the overthrow of the Cuban government, State Department spokesperson Ned Price refused to deny it, instead twice giving long statements about how much the U.S. supports the protests’ demands — responses that skeptical readers might consider tantamount to a “yes”. “The United States remains deeply committed to the Cuban people[‘s]…struggle to freely choose their leadership and their future,” Price added later in a press release.

A week later, Deputy Assistant Secretary of State for Western Hemisphere Affairs Juan Gonzalez went even further, announcing that the U.S. government would sanction Cuba if it attempted to interfere with the protests. “We are totally committed to supporting, maintaining and strengthening the voice of the Cuban people who want a change,” he added.

Other American officials have been putting out a flurry of statements in support of the upcoming demonstrations.

“The U.S. shares the vision of the Cuban people: democracy, prosperity, and human rights. We support their right to peacefully assemble on November 15 and call on the Cuban government to allow free expression and listen to the people. Their voices cannot be silenced,” wrote Brian A. Nichols, Assistant Secretary for Western Hemisphere Affairs.

What else to say when a top US official @Cartajuanero, NSC Senior Director threatens Cuba with more sanctions if it doesn’t allow a US intervention plan https://t.co/1LdOX7tPB1

As MintPress reported last month, the protests were originally planned for November 20. However, the government’s refusal to grant legal permission for them, coupled with left-wing counter-demonstrations, spurred the movement to bring forward the event by five days.

Online anti-government spaces — such as the private Facebook group that sparked the July demonstrations that caught world media attention — are eagerly anticipating the movement as another opportunity to put pressure on, or even overthrow, the government of Miguel Diaz Canel.

However, sources MintPress spoke to inside Cuba suggested that it was the very spontaneity of the July protests that was the key to their success, and that tipping off Cuban authorities weeks in advance was a self-defeating idea, allowing government forces to neutralize many of the movement’s leaders long before anything starts.

The protests in July were the largest and most significant on the island since the 1990s. However, although they garnered widespread media attention and the support of celebrities, politicians, and even the president of the United States, they quickly fizzled out. While presented as a spontaneous uprising against oppression, they were actually organized in a forum controlled by the Cuban American community in Florida. The U.S. government openly supported the protests in July. This time, however, it is backing them even before they have started.

What is being attempted appears to be a Cuban-style color revolution — a Western-supported attempt at citizen-led regime change. Perhaps the most prominent color revolution was the series of protests that toppled Serbian President Slobodan Milosevic in 2000. Protestors used non-violent tactics to flood the streets with people to overthrow the government. It later transpired that the group credited with organizing the event, OTPOR, was on the U.S. government payroll. Since then, the group has been used by the U.S. to train activists across the world in how to bring down governments of which Washington does not approve.

At first glance, the Biden administration’s position on Cuba seems to be a 180-degree change from that of Barack Obama, who moved towards normalizing relations with the Caribbean island. However, Obama was essentially forced into doing so by united opposition across Latin America, which threatened to expel the U.S. from regional bodies if it did not pursue that course. Ten years later, many of those independent-minded governments have been overthrown (often with Washington’s help). It is in this context that Biden’s continuation of the Trump-era sanctions makes more sense. The sanctions have continually been declared illegal by the United Nations, which, in 2014, estimated that they had caused an estimated $1.1 trillion worth of damage.

It remains an open question as to how successful the upcoming action against the Cuban government will be. But who is behind the protests is hardly in doubt.

Feature photo | U.S. and Cuban flags hang from a wall with an old photo camera hung in between in Havana, Cuba, Monday, Jan. 11, 2021. Ramon Espinosa | AP