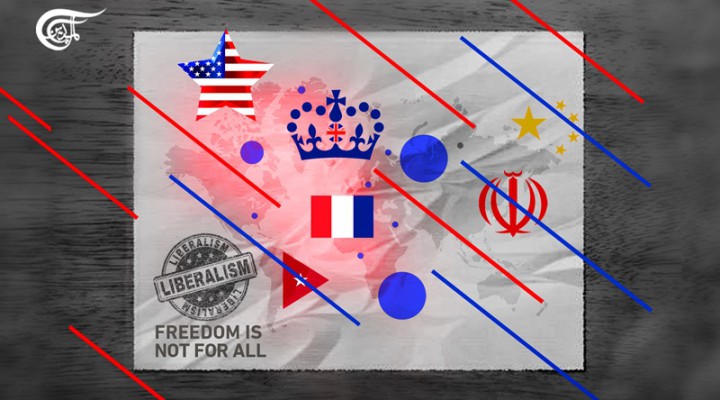 Many western liberals seem to have lost the capacity to distinguish between the good and bad of their own cultures.

Everyone loves individual freedom, not least those who have suffered under the colonial boot. But in western cultures individual liberty has been raised to cult status, distorting social perceptions.

Not that western societies are based on individual freedom, far from it. While there is an idealistic version of western liberalism, the actual historical project of Anglo-American liberalism has always been one of freedoms selectively applied to benefit powerful elites.

That is why the ‘English Revolution’ of the 17th century led to a massive explosion in private slave trading, the 18th century ‘American Revolution’ spoke of universal liberties as it expanded the largest slave system in human history, while the English liberals of the 19th century eulogised British colonialism and north American neoliberalism of the 20th and 21st centuries has driven war after war for ‘hegemonic’ domination.

Yet at the level of popular western culture, including amongst many of those critical of their own social systems, individualism and libertarianism remain very popular. Indeed, for many, individualism has become an article of faith and a substitute for mature social principle.

That has led to a series of peculiar illusions, even amongst those who are otherwise critical of their own neo-colonial regimes.

These liberals are misled by their constitutive or methodological individualism (seeing individual freedom as foundational rather than a fruit of social development), by a consequent limited appreciation of social struggles and social achievements and by an imperious voice and self-image, which requires them to pronounce with apparent authority on virtually everything.

This is a very western mix, little of it is seen in post-colonial cultures.

Most recently we have seen the imperious western liberal voice aimed at Cuba, after the Miami instigated riots of 11 July 2021. Despite a huge social media campaign from the USA, calm returned quickly to Cuban streets.

Cuba is still suffering the illegal six decade economic blockade from Washington, combined with the COVID-19 pandemic, which wiped out the island’s tourist industry.

That did not stop a western left liberal petition collecting 500 signatures, calling for the release of Frank García Hernández, a “Cuban historian and Marxist”, and others. He had been arrested with others as Cuban police looked for vandals and those linked to the Miami subversives, who are paid by the US government to mount attacks on Cuba.

Never mind that Cuba has very little police violence or arbitrary detention. In Latin America traditions of police brutality are seen far more in Colombia, Brazil and Chile, Washington’s allies. Regardless, these ‘left intellectuals’ felt the need to jump on the colonial media bandwagon against Cuba, so as to add their voice.

Never mind that Frank García Hernández had been arrested by mistake (he was an observer at the protests) and was released within 24 hours, before the western petition was even published. This small fact seems to have escaped the authors of the petition.

García Hernández and his comrades issued their own statement on the 11 July ‘protests’. It is usefully summarised in English as saying: “Rather than a repressive response to an organic anti-state uprising … the events of July 11th [had] … a variety of origins and compositions, some legitimate and others manufactured.”

It is significant that signatories to this bizarre “release Frank García Hernández” petition included Noam Chomsky (previously the author of very good material on propaganda and western imperialism) and Gilbert Achcar (a ‘Marxist’ academic who helps with secret training for the British military), both of whom had backed the US pretexts for ‘humanitarian intervention’ in both Libya and Syria, back in 2011.

The illusions of western liberals were well on display during the ‘humanitarian wars’ of the ‘Arab Spring’. Captivated by slogans of individual freedom being violated by the ‘Assad regime’, most western left-liberals at first joined in Washington’s demands for the overthrow of the Syrian state.

The imperious left-liberal voice was busy at work. Gilbert Achcar urged the NATO bombing of Libya while Chomsky (a famous sceptic of Washington’s motives) also adopted the fiction that Gaddafi had violently put down a “non-violent uprising” in Libya and that even “intervention without UN authorization” could be justified. Chomsky later modified his position somewhat, as regards Syria.

When the 2020 pandemic came along, we also saw a large number of western liberals resort to individualistic analysis to criticise their own states, claiming variously that the virus did not exist, nothing should be done about it, multiple states were in a conspiracy to steal our individual freedoms, and/or that vaccines were a conspiracy to kill entire populations.

Here a deep mistrust of their own states, compromised by corrupt relations with giant corporations, was confronted by an individualism which failed to appreciate the importance of social principle and social achievements, such as public health systems. Many western liberals seem to have lost the capacity to distinguish between the good and bad of their own cultures.

This inchoate critique alongside the indolence of neoliberal states helped contribute to some of the world’s worst COVID-19 outcomes, for example in Britain and the USA. Lebanese Resistance leader Sayed Hassan Nasrallah criticised this liberal response as “a collapse in humanity”.

Entire western liberal organisations have been captured for the cause of intervention. We can see this in the  campaigning by Amnesty International and Human Rights Watch over China’s supposed ‘crimes against humanity’ against Muslims in Xinjiang province.

This script precisely follows Washington copybook on China, but has little to do with the realities in Xinjiang, where the Uyghur minority, supposedly the victims of a Chinese ‘genocide’, actually have an expanding population and most likely enjoy less persecution than Muslims in the USA.

Nevertheless, repression of individual liberties by a ‘communist regime’ has good traction in western liberal society, and few look too closely at the details.

China’s incredible record in poverty reduction can be simply set aside and replaced by a rapidly fabricated propaganda myth. Individualism, weak recognition of social achievements and the imperious western voice continue undermining the western liberal vision.

0 thoughts on “The Peculiar Illusions of Western Liberals”