HOME / SOCIAL/CULTURAL / Sputnik V: EU Sacrifices Its Citizens by the Thousands on the Altar of Anti-Russia Point-Scoring 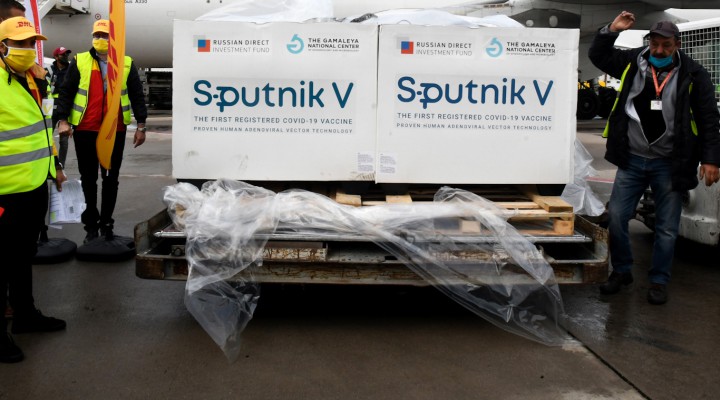 European diplomats told Reuters that many countries would rather let tens of thousands more citizens die than allow Russia to save them.

MPN- It is really not going well in Europe. Nearly 900,000 people have died from COVID-19, a number of countries are facing new waves of the deadly virus, and Paris is going into a four-week lockdown starting tonight after a fresh spike in cases. Meanwhile, the European Union’s vaccine rollout has been particularly ponderous. The EU has managed to vaccinate only around one-third as many citizens per capita as have the United States or United Kingdom, even trailing far poorer neighbors such as Serbia or Turkey (who have embraced Russian and Chinese offerings).

Killing our citizens to own the Ruskies

One potential solution to Europe’s woes could come in the form of the Russian-developed Sputnik V vaccine, endorsed by the scientific community as safe and effective and already under production in Italy. Russia has expressed its desire to work with European pharmaceutical giants to produce doses to help the EU’s 450 million citizens. Yet diplomats told Reuters that many countries would rather let tens of thousands more citizens die than allow Russia to save them. “There are some who will not want to give [Russia] this propaganda victory, and there are others who will be seeing this as an opportunity to actually show that we are cooperating,” one diplomat said. “It’s Russian: it’s bad,” is a dominant strain of thought among policy makers, he added.

Publicly, the EU has already dismissed Russia’s global COVID-19 vaccine supply as a propaganda stunt. “We should not let ourselves be misled by China and Russia, both regimes with less desirable values than ours, as they organize highly limited but widely publicized operations to supply vaccines to others,” said President of the European Council Charles Michel, adding “Europe will not use vaccines for propaganda purposes.”

Behind the EU’s back, however, a number of states are breaking ranks and acting unilaterally. Hungary and Slovakia have already begun using Sputnik and have moved ahead of others in the bloc in terms of vaccinations. Italy has ordered shots, while the Czech Republic appears on the verge of doing the same. Slovakia’s decision has sparked a serious split in its ruling coalition. The neoliberal, pro-EU For the People Party has threatened to resign from government over the matter.

The United States has also spent much of the last year attempting to suppress the development and global rollout of Sputnik V. A report from the Department of Health and Human Services boasted that one of its primary achievements of 2020 was working with a host of other government agencies to combat the “malign influence” of Russia in the Americas. The primary example it cites was “persuading Brazil to reject the Russian COVID-19 vaccine.”

Partially as a result of U.S. actions, the pandemic is raging out of control in Brazil, the country hitting all-time highs of over 90,000 new infections on Wednesday and nearly 3,000 reported deaths on Tuesday alone. ICU wards in 19 of the country’s 27 states are at capacity, with a new, more infectious strain arising in the city of Manaus and found throughout the country.

Add that to Western hoarding of vaccines and the blocking of an intellectual property waiver that would have allowed poor countries to produce the vaccine for cost price, it seems clear that U.S. and EU actions have led to the deaths of countless thousands of people in the Global South already.

Western media have also kept up a near relentless barrage of negative stories about the Russian and Chinese vaccines, constantly attempting to undermine their credibility. It appears to have had a limited impact, however, as a YouGov poll of 11 nations found that Russia is the most trusted vaccine producer worldwide.

Sputnik V works along similar lines to Western offerings, with comparable rates of effectiveness. Developed by the state-run Gamaleya Institute, it is a viral vector vaccine, meaning that it employs another virus to carry the DNA encoding of the desired immune response into cells. Protein coding genes from the coronavirus are inserted into two common cold-like viruses that have been genetically modified so they cannot replicate inside the human body. Like Western variants, it must be delivered in two doses some weeks apart but the storage temperature (-18°C/-0.4°F) is considerably warmer than that required for the Pfizer vaccine.

All of this is a far cry from 2012, when, as vice-president, Biden was mocking Republican presidential candidate Mitt Romney’s apparent obsession with Russia. “He acts like he thinks the Cold War’s still on,” Biden joked, “I don’t know where he’s been.” “This is not 1956,” he added; “it exposes how little the governor knows about foreign policy.”

In 2012, only 2% of Americans saw Russia as their greatest geopolitical threat. Today, that number is 26%, topped only by a massive spike in anti-China sentiment. Unfortunately, Romney’s rhetoric, risible in 2012, seems tame by today’s standards.

0 thoughts on “Sputnik V: EU Sacrifices Its Citizens by the Thousands on the Altar of Anti-Russia Point-Scoring”