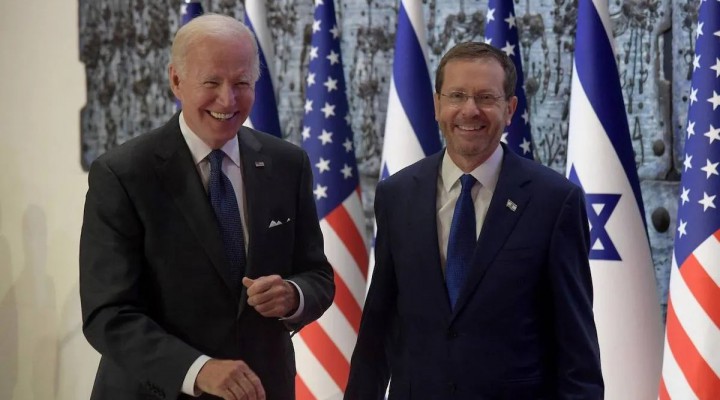 Although US President Joe Biden is merely paying lip service to the two-state compromise, given that the Trump administration’s legacy still holds sway over US foreign policy with regard to Israel’s settler-colonial expansion, the Palestinian Authority persists in seeking symbolic recognition of a “State of Palestine” to keep a defunct paradigm valid within diplomatic circles.

According to Wafa news agency, during a meeting with US Congress members in Ramallah, the PA Prime Minister Mohammed Shtayyeh called for recognition of the State of Palestine “which would contribute to the realisation of the two-state solution, in light of the systematic destruction that this solution faces due to Israeli measures on the ground.”

Symbolic recognition is thus viewed as a step towards legitimising the Palestinian people’s anti-colonial struggle, yet that struggle has been legitimate for decades under international law. For tokenistic symbolism to become a pillar upon which the Palestinian struggle is granted some legitimacy is a backward step and one that can be exploited. If anti-colonial resistance is legitimate under international law, there is no need for symbolism to take precedence in terms of conferring legitimacy on the Palestinian struggle.

It is also worth keeping in mind that Shtayyeh is not calling for decolonisation, but rather encouraging the international community to accept the meagre, stripped back and defenceless Palestinian state that will be subject totally to the whims and demands of the apartheid state. Israel has never declared where its borders lie — the only UN member state not to do so — and its Zionist ambition is to colonise every inch of Palestinian territory. That is why the two-state compromise cannot be used as the foundation for any political framework for Palestinians, not even as a symbol of the international community’s alleged commitment to a Palestinian state. The international community cannot get away from the fact that the two-state paradigm disregards the Palestinian people’s legitimate anti-colonial struggle, because there is no reference to them living outside the colonial framework of “two states living side by side in peace”. Such a paradigm condones the ethnic cleansing of Palestine from 1948 onwards.

So what is Shtayyeh calling for, exactly? If recognising the state of Palestine is now being touted as the means to keep the two-state paradigm afloat, the outcome is only an accelerated form of colonisation which would leave Palestinians with less land, not more, and no independence; and very swiftly. The more that the PA calls for symbolic gestures to aid international diplomacy, the more that Palestine is shredded. Meanwhile, the international community’s adherence to Israel’s colonial narrative remains intact.

When considering that Palestinian loss of territory has been huge, tiny steps towards correcting the international community’s stance are not helping, particularly when symbolic recognition of a Palestinian state does not influence the more pressing issues, such as colonial expansion, state and settler violence, and the economic and diplomatic ties from which Israel benefits. As always, the PA’s stances are not only repetitive and futile, but flaunted entirely deceitfully as political efforts in the name of the Palestinian cause. Meanwhile, there is no concentrated effort to halt Israel’s settlement expansion, because holding Israel accountable is too costly for a complicit international community and a Palestinian Authority which — astonishingly — still cooperates with and protects the occupation state.

Attempts to ameliorate Palestine have failed. In the face of such loss, why not consider the alternative to “there is no Plan B” and allow the Palestinian people rather than the PA to take the helm in decision-making that affects them directly? Shtayyeh’s loyalty is towards the PA and the ideology it espouses, within which there will never be a space for decolonisation. Nor, for that matter, will it have space within the Zionist narrative to which the international community is in thrall.