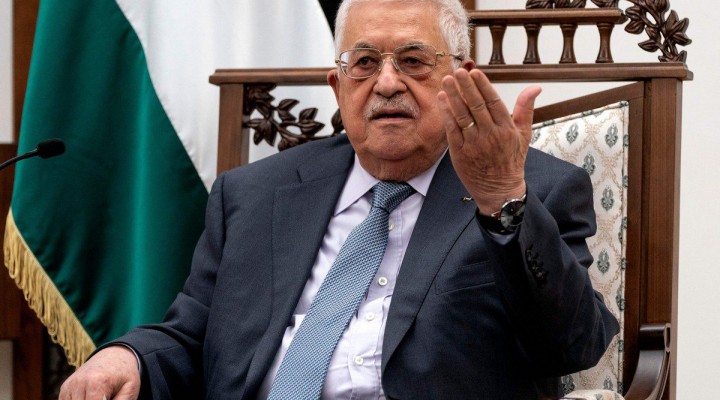 Of all the political fragmentation that Palestinians have experienced, the United Arab List’s leader and Knesset member Mansour Abbas has definitely forged his own niche. Upon joining the coalition government led by former Israeli Prime Minister Naftali Bennett in 2021, Abbas basically legitimised Israel’s colonial violence against Palestinians. His rhetoric is based on “tolerance”, as he told Israel’s Channel 12 News in May: “We believe that the process we are leading inside the State of Israel, of partnership, of tolerant dialogue, will also advance comprehensive peace between the people of Israel and the Palestinian people.”

This is not the first time that this particular Abbas has elicited anger among Palestinians. Last December he made a major capitulation to the Israeli narrative when stating that, “Israel was born a Jewish state… it was born this way and it will remain this way.” He thus endorsed the colonial apartheid reality into which Palestinians have been forced.

Yesterday, Israel National News reported another grandiose and harmful statement by Abbas. “We, Ra’am [the United Arab List of Knesset members], have succeeded in strengthening and empowering our Arab society within Israel, and in the end, this will benefit the Palestinian issue.” It is one thing to take into consideration the needs of Palestinians living in Israel — although this does not necessarily mean political, social and economic achievements are guaranteed — but quite another to endorse Israel’s settler-colonial enterprise and identity. While Palestinians in Israel may have a better standard of living than those in the occupied West Bank and Gaza Strip, socio-economic and political inequalities are also a reality. The leader of their representative party has aligned himself with Israel’s colonial ideology. In practice, since Israel takes precedence for Mansour Abbas, how is empowerment happening for Palestinians living in Israel? More notably, how does Ra’am contribute to the Palestinian issue when compromise is the major political requirement for being part of the Israeli coalition government?

Abbas may think that he only represents Palestinians living in Israel. However, his absolute endorsement of Israeli colonialism goes against the entire Palestinian narrative and what Palestinians have tried to achieve since the Zionist agenda started unfolding. The current social and economic problems are not only a manifestation of the current reality; they are the results of decades of Israel perfecting its strategy in ways that the international community would normalise. To have such endorsement coming from a Palestinian living in Israel is a backward and demeaning step for Palestinians everywhere.

Even Abbas’s language is reminiscent of that spoken by Israel, the US and the international community. The direct endorsement and lauding of Israeli settler-colonialism, which is then normalised to speak of issues rather than the importance of decolonisation, is a tactic which has contributed to keeping Palestinians under subjugation. It is highly unlikely that Abbas can contribute something meaningful to the Palestinian struggle for their political rights. On the contrary, addressing immediate issues while dismissing the past is likely to create further oblivion. That’s an added bonus for Israel, of course. Not so for Palestinians, though, including those living in Israel, who are at times even more obscure due to not being in the occupied West Bank or Gaza Strip.