HOME / WORLD / Looking beyond US violence and PA dependence 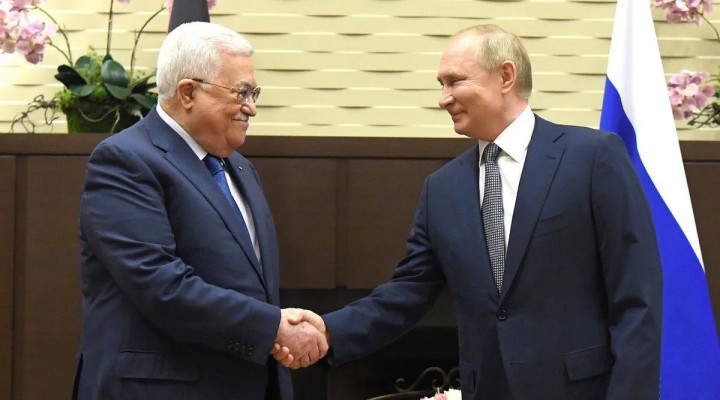 Belatedly, Palestinian Authority leader Mahmoud Abbas has issued a statement of clear mistrust in US diplomacy towards Palestine. “We don’t trust America and you know our position. We don’t trust it, we don’t rely on it, and under no circumstances can we accept that America is the sole party in resolving a problem,” Abbas told reporters before meeting with Russian President Vladimir Putin in Kazakhstan last Thursday.

Despite being beholden to the international community’s diplomacy and, more recently, to Israeli Defence Minister Benny Gantz’s concessions which allow Abbas to consolidate his hold in Ramallah, it is clear that the PA does not trust Washington. Even though Abbas’s statement does not reflect the complete reality of the situation, particularly the PA’s dependence on the US for its own survival, his call to reduce America’s role is significant.

This comes at a time when Russia has threatened to cut diplomatic relations with Israel if the latter sends military aid to Ukraine. The US, meanwhile, does not relish a secondary role to Russia, with Abbas stating that the US can still be part of diplomatic negotiations only within the Middle East Quartet. Washington’s response, ironically and hypocritically, was to berate Putin’s threat as “a far cry from the type of international partner needed to constructively address the Israeli-Palestinian conflict.” The US should take a look at its own global track record of foreign intervention under various “constructive” guises. Does Operation Condor in Latin America ring any bells in the White House, for example? Likewise, Libya’s destruction under a NATO umbrella, albeit it was a planned US intervention post-9/11? Both expose the sham of Washington’s “commitment” to human rights.

President Joe Biden’s administration is actually worse than its predecessors in terms of its hypocrisy. Biden’s electoral victory brought no real change other than him being an alternative to Donald Trump, whose belligerence can at least be credited with exposing US diplomatic double standards. Trump’s overt concessions to Israel, alarming as they were due to their swift approval, were the culmination of decades of covert US diplomacy.

Biden’s promise to revert to the two-state paradigm, defunct though it is, has been particularly problematic for Palestinians due to it being just a veneer for sticking to Trump’s damaging policies. Washington’s disappointment at Abbas’s words is undoubtedly feigned, and ignores its own dismal record when it comes to Palestine. How is sending billions of dollars in military aid to Israel every year conducive to bringing about an “independent and viable Palestinian state”? Or how does preserving Abbas’s presidency — his mandate expired in 2009 — to prevent a democratically-elected alternative from entering Palestine’s political arena, help democracy and the aforementioned Palestinian state? The PA and Abbas might distrust the US, but both depend on Washington for their survival.

The US commitment to the so-called Abraham Accords is gaining ground internationally, eclipsing a defunct paradigm which Biden claims to support. Russia is within the fold of international consensus regarding the two-state compromise, even when it is clear that decolonisation is essential for the political aspirations of the Palestinian people. The PA stands in the way of decolonisation by begging the international community to keep the two-state “solution” alive.

Abbas cannot be taken seriously in anything he says or does; his leadership is tied to international donors and Israel’s colonial expansion. Nevertheless, the mere possibility that the US might lose its prominence in terms of involvement with Palestine deservers to gain traction, particularly if Fatah loses its iron grip on Palestinian politics and the people of occupied Palestine get the chance to experience a democratically-elected government which thrives less on hyperbole and more on the Palestinians’ own narrative.

0 thoughts on “Looking beyond US violence and PA dependence”