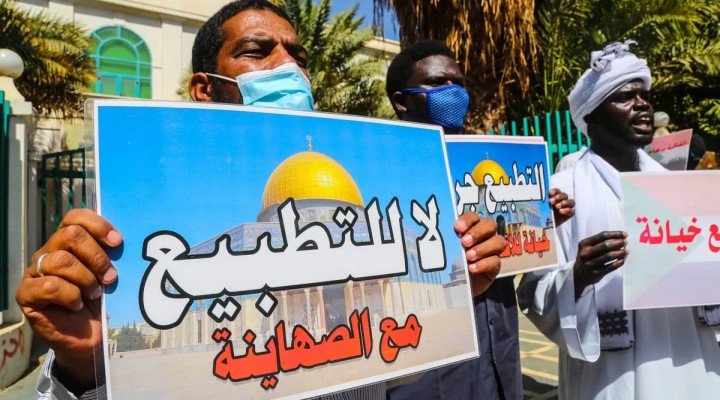 In another nod to former US Donald Trump’s legacy, the Biden administration has outlined its approach to Israel and Palestine in the 2022 National Security Strategy. The Abraham Accords, Trump’s parting legacy, have now eclipsed the two-state compromise in US rhetoric. Just like the EU did in its statement regarding the EU-Israel Association Agreement meeting, the US National Security Strategy places the normalisation agreements above the two-state diplomacy.

“We will seek to extend and deepen Israel’s growing ties to its neighbours and other Arab States, including through the Abraham Accords, while maintaining our iron-clad commitment to its security. We will also continue to promote a viable two state solution that preserves Israel’s future as a Jewish and democratic State while meeting Palestinian aspirations for a secure and viable State of their own,” the US strategy document partly reads.

Only there is no viable two-state “solution” in sight, but Israel is reaping the benefits of the normalisation agreements. As The Wall Street Journal noted, the agreements have bolstered Israel’s sale of defence weapons in the Gulf countries. Always at the expense of the Palestinian people.

While the “deal of the century” attracted much ridicule throughout Trump’s tenure, the Abraham Accords were swiftly lauded. After all, how could the EU fault Arab and Gulf States for imitating its diplomatic style?

On the second anniversary of the Accords, representatives of countries that signed the normalisation agreements celebrated at the European Parliament in Brussels, where Belgian MP, Michael Freilich, hailed Trump’s diplomacy as “a positive catalyst for us in Europe as well”, while expressing the hope that Belgium plays a more prominent role in its promotion.

Not that the EU and the US were ever distanced in their politics, not even during the Trump era. It is just that US President, Joe Biden, is perceived as a more acceptable President behind who the EU can rally. And, if Biden supports the agreements, why not the EU?

The US National Security Strategy only gives a nod to Palestinians out of mere acknowledgement, but with no political weight. Rhetoric such as “Palestinian aspirations” has done nothing to further the Palestinian people’s political rights, let alone influence any strategy for independence. What the Abraham Accords accomplish for Palestinians is a strengthening of the humanitarian paradigm which the UN has entrenched, with no intention of suspending in return for authentic political action.

If Biden intends to promote stability through the normalisation agreements, he is furthering the Palestinian people’s annihilation from a political process that concerns them first and foremost. For decades, Palestinians have been marginalised through humanitarian aid – the only paradigm which the international community agrees to invest in when it comes to Palestine, while Israel has been allowed to manipulate its security narrative to colonise Palestinian land.

While US Secretary of State, Antony Blinken, had stated that the Abraham Accords would not be used as a substitute for diplomatic negotiations, the truth is that the normalisation agreements are now the driving force behind diplomacy with Israel. With the Palestinians completely ostracised, and the two-state compromise obviously defunct, there is no difference between the intentions of both the Trump and Biden administrations.