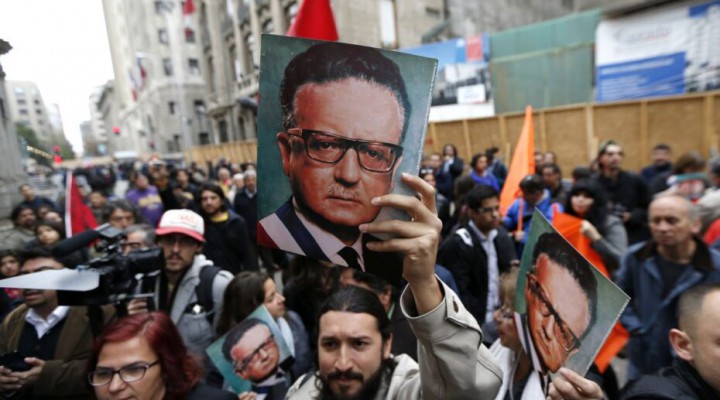 Proof of Australia’s involvement in Chile depicts the willing complicity in overthrowing a democratically-elected government to be replaced by a brutal dictatorship which tortured, killed and disappeared thousands of Chileans.

On the same day Chileans remembered the 48th anniversary of the U.S.-backed military coup which ousted President Salvador Allende, the National Security Archives (NSA) published heavily redacted documents which prove Australia’s involvement in the coup, at the formal request of the U.S. Central Intelligence Agency (CIA).

A request by former Australian Army military intelligence officer Dr Clinton Fernandez to the National Archives of Australia to release documents pertaining to the Australian Secret Intelligence Service (ASIS) role in Chile between 1971 and 1974 was at first rejected. Albeit limited, there was public knowledge of Australia’s involvement in Chile. As Fernandez stated in his appeal, “In my submission, the publicly available evidence will show that ASIS has undertaken operations and that these operations took place at a time the U.S. was involved in undermining the Allende government.”

In contrast to the U.S., which declassified documents pertaining to its role in the coup and its aftermath, Australia had been reluctant to reveal documents, claiming a possible jeopardising of “the security, defence or international relations of Australia.”

However, the documents which have now been made public affirm the previously known snippets of information regarding Australia’s involvement in Chile. In 1973, Australia’s Labor Party Prime Minister Gough Whitlam ordered ASIS to shut down its operations in Santiago – according to documents because Whitlam was worried about how Australia could justify its presence in Chile if ASIS’s role was exposed. Whitlam, however, was also concerned about the U.S. reaction to his decision. As one declassified memo states, Whitlam was “most concerned that the CIA should not interpret this decision as being an unfriendly gesture towards the U.S. in general or towards the CIA in particular.”

ASIS, known by the code MO9 in the declassified documents, had operated a station in Santiago between 1970 and 1973 at the CIA’s request. While details still remain scant – what was revealed leans towards more mundane details rather than the actual operations Australia undertook for the CIA – the documents confirm what Whitlam himself had acknowledged in 1977 – “when my government took office, Australian intelligence personnel were still working as proxies and nominees of the CIA.” Documents also reveal that ASIS used the British Embassy’s secure pouch for delivery of secret documents – such use indicates Australia’s concern to conceal its clandestine operations in Chile.

In 2000, the Clinton administration in the U.S. declassified thousands of documents, but none that detailed the U.S.-Australia collaboration in Chile. According to author and journalist Nicky Hager, discussions between both countries would have taken place to ensure that information regarding Australia’s role in Chile would remain shrouded in secrecy.

Australia had opened its doors to both Chilean refugees and pro-dictatorship individuals – among the latter members of dictator Augusto Pinochet’s secret services. While exile remains a prominently discussed aspect in terms of Chileans in Australia, the presence of dictatorship agents testifies to the global surveillance network which Pinochet operated to quash any possible grouping of political dissent.

The secrecy with which Australia is treating its involvement in Chile has been questioned and challenged by Fernandez. “National security should be a goal not an alibi. It should mean the safety of the Australian public. It shouldn’t mean protecting policymakers from democratic accountability.”

The documents are a stain on Australia’s purported democratic approach to foreign policy and relations. Proof of Australia’s involvement in Chile depicts the willing complicity in overthrowing a democratically-elected government to be replaced by a brutal dictatorship which tortured, killed and disappeared thousands of Chileans. A host country for refugees having contributed to destabilising Chile has much to answer for, both in terms of political violence and in terms of accountability towards the refugees whose safe haven turned out to be a political accomplice with the CIA and Pinochet.

An Amnesty for Chile’s Political Prisoners